Cedric Lucas has left his position as a managing director of KKR’s energy and infrastructure team to join Goldman Sachs in a similar role, according to a spokeswoman for the investment bank.

Lucas’s tenure as a managing director at Goldman Sachs began this month, when the industry veteran took on a senior position at the bank’s West Street Infrastructure Partners affiliate. According to his LinkedIn profile, he is a member of WSIP’s investment committee.

Lucas spent five years at KKR, where he led energy infrastructure investments in the US and Mexico. He was previously head of midstream energy at Macquarie Infrastructure and Real Assets, where he was responsible for originating, executing and overseeing investments in energy and utilities. Prior to that, he worked at Morgan Stanley’s global energy group.

Lucas’s departure from KKR comes seven months after the New York-based private equity firm closed its third infrastructure fund – and the largest in 2018 – on $7.4 billion. In January, KKR entered into a midstream joint venture with SemGroup, committing $385 million for a 49 percent stake in the partnership.

At Goldman Sachs, Lucas will help manage an infrastructure affiliate that, according to the bank’s website, has raised more than $10 billion since it was launched in 2006.

West Street Infrastructure Partners invests in transportation, utilities, power and midstream energy, and deploys between $100 million and $500 million per deal.

The Wall Street Journal has reported in April that Goldman Sachs is reorganising its alternatives business, and that this has led long-time partner Rich Friedman to step back from his role as head of the bank’s private investment group. 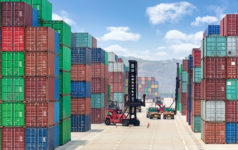