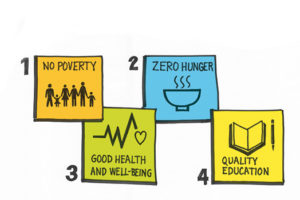 Impact investing is not without its critics. The holier-than-thou feeling that impact proponents evoke has a tendency to get under the skin of those among us – especially journalists – who are more used to asking tough questions than claiming to change the world, writes Graeme Kerr. That scepticism reached a crescendo this year with the news that William McGlashan, managing partner and founder of TPG’s impact vehicle, the Rise Fund, was among the 33 parents charged over their alleged roles in a US college admissions bribery and money-laundering scam uncovered by the FBI.

Following on the heels of the collapse of the Abraaj Group, an emerging markets investor that had puffed up its impact credentials but which collapsed after alleged financial misconduct, the irony was not lost on some of impact’s naysayers. As Time magazine editor-at-large Anand Giridharadas tweeted at the time: “I know the Bill McGlashans of this world. I reported on them. I argue with them now. They email me. They DM me. And they explain that I don’t get it. I’m too negative. They are solving real problems. I’m just writing about things.”

Our A-Z of Impact Investing comes at the issue from a different angle. At Infrastructure Investor we have watched the emergence of the impact investing movement with interest. There are clear issues: notably, what exactly is the difference between responsible and impact investing, and how exactly can you measure impact?

But we really wanted just to drill down and ask the most basic question of all: what is impact investing? This A-Z is an attempt to do just that. And where better to ask that question than at the Global Impact Investing Network Investing Forum, in the company of artist Lee Playle? We quizzed delegates about what the letters should stand for and Lee produced 26 separate illustrations during the course of the two-day conference.

Arguments raged about what we should feature, but the resulting two-metre by three-metre illustrated wall became one of the talking points of the forum.

Yes, there are remain sceptical voices out there about whether impact can achieve all that its proponents claim. But if you’re looking to survey exactly what it is trying to do, our A-Z is a great place to start. I hope you enjoy it as much as we enjoyed producing it.