One of the Asia-Pacific region’s largest life insurance companies, AIA Group, is to expand its investment strategy to include infrastructure debt.

The company is looking to meet the greater demand for life and annuity products generated by the region’s economic development. To that end, it has appointed HSBC Global Asset Management as an advisor to identify and provide access to infrastructure debt opportunities in Asia-Pacific.

“There is a scarcity of long-dated assets in the region,” Mark Konyn, chief investment officer for AIA Group, told Infrastructure Investor. “Our preference is for fixed-rate, long-term loans linked to infrastructure, and we’ll have to work hard to source suitable assets.”

Konyn said that, as an insurance company with a presence in markets across the region, AIA was looking to match local liabilities with investments denominated in local currencies: “That’s what gives us an advantage compared to other international lenders, as many investors wouldn’t be willing to take on local currency risk. For us, taking on locally denominated debt doesn’t introduce additional risks.”

Glenn Fox, head of infrastructure debt investments at HSBC Global Asset Management, said the asset manager would consider local currency-denominated investments in Australia, Hong Kong, the Philippines, Singapore, South Korea and Thailand. He added that the company would consider US dollar-denominated opportunities in markets across the region.

“We expect to be most active in the power sector, particularly in renewables,” Fox said. “We also expect to see a number of opportunities in oil and gas and in transportation.”

AIA said in a statement that it would also target PPPs, telecommunications and social infrastructure.

Konyn said investments would be made on a case-by-case basis, and that he expected the company to begin by investing in operational assets in the region’s developed markets. He said the firm had already deployed some capital under the scheme, but did not provide further details.

“Ideally, we will get a premium on the yield and the return,” he said. “But it’s also a question of diversification for us.”

Asked about any possible target allocation for the asset class, Konyn said the firm was “exploring the market.” However, he stressed the rising number of opportunities in infrastructure debt.

“Nowadays, banks are less inclined to lend long because of changes in the capital regime of these institutions,” he said. “We see that as an opportunity for long-term investors, who don’t need short-term liquidity, to potentially come in and provide financial support.”

Konyn said that AIA holds more than $20 billion in infrastructure-related bonds from both private and state-owned corporates and has $220 billion of AUM.

HSBC Global Asset Management’s AUM totalled $451 billion as at 31 December 2018, according to the fund manager. The asset manager plans to launch its own infrastructure debt fund in the future, Fox said, without providing further detail. 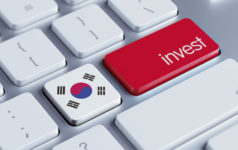