This article is sponsored by Aviva Investors

Q: What does sustainability mean in the context of infrastructure and why is it so important? 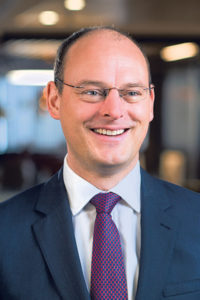 Most LPs view infrastructure as a long-term and low risk investment. That is what they are looking for from this asset class. But that can only be achieved if there is a long-term approach to the underlying risks.“Homestead’s focus within labor is centered around partnering with top operators that pay fair wages, actively monitor working conditions, properly train workers and supervisors, and communicate with workers to ensure they understand their rights.”

In its broadest form, sustainability simply means taking a long-term view of the environmental, social and financial context in which your asset is operating. Although owning trophy assets has its attraction for some, investing in infrastructure isn’t about owning steel and concrete! Longevity and predictability of outcomes is key and anything that undermines that longevity and predictability should be seen as a material risk.

Take ports, for example. Although it’s not an area where we invest, the investment rationale is typically predicated on an expansion in global trade, with local factors overlaid. But how much consideration do LPs give to the fact that ports – especially when including the emissions of the shipping traffic using their facilities – are some of the most polluting assets in the world? How much time is spent considering contingency plans for rising sea levels?

There is a real risk that either these assets are going to be worthless at some point or else you are going to have to pour a whole load more concrete to keep them above sea level. With such examples, long-term sustainability has to be called into question – which then begs broader questions around the level of growth in global trade, potential benefits of limiting the distances goods are transported, and so on.

Q: What systems or processes do you have in place to ensure sustainability is core to your investment decision making?

This is something we have been focused on for a very long time. We were a founder of the UN-supported Principles for Responsible Investment. Now, of course, almost everyone is a signatory, so it isn’t something that really stands out. But it has been in our DNA for decades.

Aviva Investors, as a company, has a substantial and high-profile global responsible investment team focused on implementing ESG criteria, as well as being active in the market reform arena. Historically, this team has concentrated primarily on liquid markets, be that fixed income or equities.

We have always been a vocal investor on these matters. If we believe a listed company has fallen short of our standards, we will engage with them. If that engagement doesn’t achieve what we want it to achieve, we will vote accordingly.

The challenge now is to translate that extremely detailed, market-leading level of engagement into the real asset world. The terminology we use to describe our approach to this is ‘responsibility built-in’.

We are always focused on constructing the right outcome for the client. In the past, that would centre on whether that meant yield, or total return, or inflation linkage. In terms of our infrastructure investing activity, we have always focused on assets that benefit wider society. Increasingly, however, LPs and the wider market are more focused on how we incorporate responsible and sustainable criteria as a critical component of the outcome being targeted.

Q: And how are investors approaching due diligence around sustainability? What is it that they want to see?

There is a significant desire for LPs to be provided with information around ESG performance. The problem, however, is that investors don’t always know the right questions to ask and, by inference, won’t always know when they get a good answer.

It is not unusual to see ports and airports scoring better from an ESG perspective than a renewables company. How can that be?

For example, we have made significant investment in schools, health facilities, renewable energy, energy efficiency assets and rural ultrafast fibre network rollouts. Implicitly, these have a social benefit and positive environmental impact.

We need standardisation so that there can be a true and fair comparison.

Q: So, how can standardisation be achieved?

There is great work being done, but we are still some way off. Even measuring environmental impact – where you might think metrics around carbon emissions, for example, provide some degree of standardisation, there is no fixed methodology across infrastructure assets for how that is calculated.

For example, most investors will report on annual carbon emissions. However, you don’t see any sort of ‘balance sheet’ that shows how much carbon has been sunk into the ground because a whole lot of concrete has been poured. Obviously, this should be a key metric for large assets such as airports, ports, toll roads, etc, but it is also relevant for all infrastructure assets – even renewable energy assets – where steel and concrete have to go into the ground to secure wind turbines in place.

Indeed, and especially true for renewables, upfront carbon impacts of constructing new infrastructure often dwarf the emissions from the lifetime of the asset. It is very rare to see a detailed environmental impact analysis for the whole life of an asset – and even rarer that such analysis pre-dates the current asset owners.

We are moving in the right direction but there is still a long way to go. It is too easy for the big companies behind major transport infrastructure or utilities, which dedicate significant resources to ensuring they score well from an ESG perspective, to paint an unrealistically rosy picture.

At the other end of the scale, you have the types of assets we invest in, such as solar panels on social housing helping to eliminate fuel poverty and wind farms that contribute to addressing local issues such as the upgrading of neighbourhood facilities to running educational visits for local school children. These companies don’t have the machinery to continuously bang the ESG drum. It can be incredibly difficult for investors to distinguish between those two sets of messages.

Q: Do you believe financial performance and sustainable investment practice are correlated?

I think it is now broadly accepted that the two are aligned, but that was not always the case. Even quite recently there would be arguments about whether being sustainable would cost money and reduce long-term performance.

The consensus now is that sustainable assets often achieve higher values and are exposed to lower levels of risk.

This is just common sense; an asset built and operated with minimal impact will perform better in a world where sustainability is important to the users of the infrastructure.

And, of course, particularly over the past few years, knowing and delivering for your stakeholders has certainly proved critical. These days, the ability to mobilise public opinion using social media means it is essential to get these things right.

Q: How successful has the industry been in terms of improving sustainability and what are the big challenges ahead?

Sustainability is now clearly at the top of the agenda as opposed to not being on the agenda at all. That is undoubtedly a good thing. I would say the big challenge ahead, however, is that infrastructure, as an industry, has not always been very good at engaging with stakeholders – politicians and the end users of the infrastructure, the public.

There are various debates going on around the world right now, and specifically in the UK, about the relative merits of public and private ownership. If it were to come to power, the Labour party has explicitly said it believes government ownership of infrastructure to be the correct approach.

That idea has not been appropriately countered. Various efforts, including those led by the Global Infrastructure Investor Association, have tried hard to engage with governments and other key stakeholders, but the industry has not really been able to make the inroads required to ensure a fair public debate on these matters.

We have a great story to tell in terms of environmental and social outcomes. And, in terms of governance, I think it is absolutely the case that private sector ownership delivers better results.

Sustainable assets and a sustainable economy are best supported by private market tensions – a drive to always be better.

That is not always popular, particularly in the current political environment, but it is our job to get those messages out there. 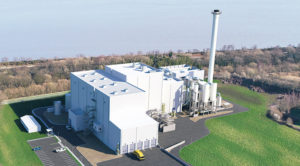 In 2018, Aviva Investors’ managed funds invested in a UK energy-from-waste plant in Cheshire – Hooton Bio Power – which was due to commence construction. But, while the project appeared to be cut and dried from an ESG perspective, reducing both landfill and CO² emissions while creating local jobs, the situation proved not to be so straightforward.

While the environmental case was strong on the surface, debate remains rife on the overall benefits of this technology. We had to evaluate a number of risks, including whether, as renewable technology develops at pace, energy-from-waste would one day be viewed as negative compared to cleaner energy such as wind and solar.

We have invested in other energy-from-waste assets previously and so were aware that scientific studies generally support the ESG criteria of the sector – and we knew that choosing the right provider of technology is not only crucial from a simple risk perspective, but also from an ESG perspective. Our experts demonstrated that, despite emissions from burning waste to generate electricity, the plant would provide the equivalent of 82,000 tonnes of net annual CO² savings compared with the impact of sending the waste to landfill, through preventing the aerobic breakdown of the waste while producing energy.

In addition, England’s landfill sites are forecast to overflow by 2022, so there is a clear need for an alternative. The plant should therefore be viewed as a waste treatment facility, rather than purely an energy provider.

We also focused on the source of fuel, preferring locally sourced waste; 240,000 tonnes of refuse-derived fuel each year for this asset alone, so the added emissions of transporting the refuse are minimal – and, given the
location of the asset, potentially even lower than the transportation emissions if the refuse was instead transported to landfill.

The social dimension was also an important consideration. Analysis of ESG impact often focuses on positive effects at a national and global level, but ignores potential disruption of local communities, which need to be managed to enable the efficient construction and long-term operations of the facility. This facility is located on an existing industrial site, away from the nearest households, as well as from any area of special scientific interest, limiting any inconvenience such as the vehicle movements required for transporting of waste to the facility.

The facility is designed to meet or exceed all relevant planning and environmental standards – indeed our approach elsewhere has been to upgrade existing assets to ensure our assets are at the forefront on such matters. The plant has also created local jobs and local businesses are being offered a discount on the electricity produced.

And so, while we did identify ESG risks with the Hooton Bio Power investment, our analysis showed that on balance it was net positive. The waste-to-energy project would promote sustainable growth at minimal  cost at both a national and local level.