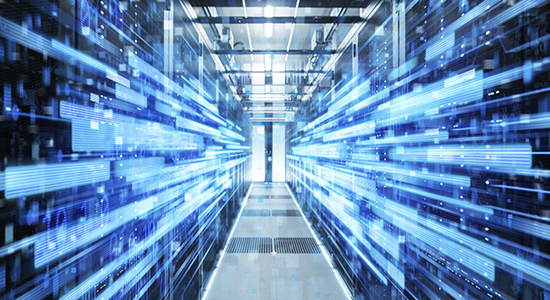 While the direction of travel was not prompted by the pandemic, a huge increase in working from home and its associated data demands has certainly accelerated the trend.

Although this phenomenon has been observed worldwide, combining these trends with rapid population growth and demographic changes is making markets in Asia-Pacific an increasingly enticing prospect for investors.

Data from Cushman & Wakefield’s 2022 Global Data Center Market Comparison, published in January, showed 4.1GW of capacity under construction in the markets it covers, up from 2.9GW in 2021 and 1.6GW in the 2020 study.

“Growth across Asia continues rapidly, with an ever-growing array of secondary markets moving to primary size,” the report found, naming Singapore, Hong Kong and Sydney in the firm’s top 10 markets for data centres. Tokyo and Shanghai joined Hong Kong and Singapore in the top 10 largest markets ranked by total power output (in MW).

“A combination of market forces and favourable policy are driving this,” says Tim Fourteau, partner at law firm White & Case, which has extensive experience in advising clients on data centre acquisitions across the region.

“In 2021, Australia, Singapore, China and Japan accounted for the majority of data centre investments in the region. But in up-and-coming investment countries, including India, Indonesia, Thailand and South Korea, we’re seeing quite a bit of activity. For example, in places like Indonesia, there have been designations for data centre developments into special economic zones, and the passing of data privacy laws has also encouraged investments locally in data centres.”

Macquarie Asset Management has been active in the sector for some time, investing in data centres in Australia, Hong Kong, Singapore and Japan through its managed investment in AirTrunk, a hyperscale data centre platform.

“We see long-term macro-trends supporting the sector, particularly in APAC, through the increasing demand for data usage and storage. Digital transformation has occurred and continues at an incredible pace, with the result being a push for more digital infrastructure capacity,” says Ani Satchcroft, a senior managing director at Macquarie Asset Management.

“From global corporate enterprises to the corner café, in our view nearly every business relies on technology and cloud-based solutions to sustain and grow in modern times, demonstrated throughout the covid-19 pandemic. Many tech companies were incredibly responsive, rolling out services and features to millions of new users rapidly.”

Satchcroft adds that AirTrunk is actively considering additional opportunities throughout the APAC region as a result.

Macquarie is not the only investor looking to deploy more capital into APAC data centres, with a string of LPs and GPs doing deals in the last couple of years.

Among them are Singapore sovereign wealth fund GIC, which formed a $525 million joint venture with Equinix to fund, develop and operate two data centres in Seoul under the latter’s xScale brand, which together will provide more than 45MW of power capacity.

Also active is US-based DigitalBridge Group, the specialist digital infrastructure-focused fund manager, which closed its second flagship fund on $8.3 billion this year. That fund has invested in assets in Asia, including in data centres through its hyperscale platform Vantage Data Centers, which owns and operates assets in Tokyo, Osaka, Melbourne, Hong Kong and Kuala Lumpur.

Actis, the London-headquartered fund manager, has been investing in the sector since 2016 when it did its first data centre deal in China through one of its real estate funds. The firm has since invested in two further data centres in South Korea via a partnership with Korean firm ADIK and is actively seeking further opportunities.

The firm appointed Dalmar Sheikh in February to be its new global head of data centre operations, joining from his previous role at Amazon Web Services as APAC director, data centre infrastructure expansion, and regional leader.

“More than half the internet users in the world are based in Asia, and the growth of the middle class is also leading to an increase in the consumption of data. Asia, because of its size and [the growth of] its economies, is one of the most attractive markets,” Sheikh tells Infrastructure Investor.

Thomas Liu, real estate partner at Actis, says the biggest markets for data centres in the region currently are Tokyo, Hong Kong, Singapore and Sydney, but that those underserved regions represent an attractive opportunity.

“As the hyperscalers grow in the region, they increasingly need to grow their presence and capacity in each country. South Korea is a prime example of this – it’s growing probably much faster than the rest of Asia – and we’ll see this trend expand into newer markets that need to catch up [on capacity], like India and Indonesia,” he says, explaining that capacity in Korea is about one-third of what it is in the US, with most other countries in Asia much further behind than that despite high levels of internet connectivity.

Actis has come to data centres through its real estate arm, which is emblematic of how regularly this type of asset is coveted by both real estate and infrastructure GPs.

As Liu puts it: “Data centres are a combination of real estate and infrastructure – and especially when it comes to hyperscale data centres, they come with very high-quality and steady long-term [contracts] from high-profile customers. That’s very attractive to institutional investors seeking yield.”

But he says the need for connectivity and a larger array of stakeholders make them more involved than a traditional, passive real estate investment.

White & Case partner Tabitha Saw says they regularly see deals being done by both types of GPs in the region.

“I think it depends on whether it is funded from capital raises into funds of particular industry-focused strategies; that will determine which sleeve they choose to fund it through. But when you look downstream, you see the same sponsors whether it is an infrastructure play or a real estate play,” she says, suggesting it is not making a difference to customers as long as the asset is high quality and doing what it is supposed to do.

Despite this, and the tailwinds provided by the pandemic, Fourteau thinks it is too early to consider data centres as core infrastructure assets.

“For something to be considered as core infrastructure, most investors would argue that the asset must be critical and essential to everyday services, as well as safe, with a lower risk-return ratio. I think the growing consensus is that data centres are becoming essential infrastructure services. But in terms of the risk-return ratio, investors are still demanding higher yields than you would typically expect for core infrastructure investments, in light of the risks.”

And those risks are varied, although they centre more around the general country risk that comes with investing in some of the region’s developing economies, rather than being specific to the type of asset.

“That’s the biggest challenge for anyone doing this – emerging markets come with more execution risk.”

Jason Boyes, chief executive of Infratil, the listed investment firm managed by Morrison & Co, says that even though infrastructure investors are not necessarily completely responsible for cybersecurity, having a data breach would be a bad thing.

“Power is also a big issue – it’s not a problem in Australia, for example, but getting power in Japan can be impossible and it forces you to think about things differently.”
Jason Boyes, Infratil

“It would have a brand impact for our data centres if that happened, for sure, as we trade off the private information and sovereign information segments,” he says.

The firm is looking at further opportunities in Asia, having invested in platform business CDC, which operates multiple data centres across campuses in Sydney and Canberra in Australia, as well as in New Zealand.

“There are really interesting opportunities, but the development is not straightforward – there’s still a reasonable amount of construction and development risk that has really gone away in the more developed markets,” Boyes says. “So, returns should be higher and more interesting, and it’s probably less competitive across Asia, as there are fewer of the big houses attacking those markets at scale yet, at least compared to other developed markets.

“Power is also a big issue – it’s not a problem in Australia, for example, but getting power in Japan can be impossible and it forces you to think about things differently.”

It also depends on the type of data centre you are building, as White & Case’s Saw explains.

“We see many real estate fund investors looking at shell and core developments only, making it effectively a pure real estate play. They will sometimes include things like basic service levels that the customers will require if they don’t have in-country operational teams but, by and large, the risks and exposures are the same as any other real estate play, and your exposure to risks such as cybersecurity and breach of data protection in this type of situation is not really significant.

“If you’re looking at investing as a data centre operator providing full co-location services, then you will face equivalent risks related to disruption of utilities and connectivity, but you will also need to be mindful of stricter cybersecurity laws, stricter data privacy and national security considerations, and stricter environmental and energy efficiency regulations.”

Conducting adequate due diligence, doing the proper technical and environmental checks and ensuring you have the correct contractual provisions in place can all help to reduce risk here.

“Having said that, a lot of these risks are inherent to the industry, not just to APAC,” Saw says. “For example, there’s always a risk that stricter energy consumption rules may be introduced by the local authorities, or you will find that there will be supply-chain disruptions leading to delays under your development contract, which could in turn lead to termination. The yield on data centre developments tends to be higher than many other types of traditional real estate investments, so quite a lot of this risk is priced in and viewed as just a general country or industry risk.”

Regardless, it is clear that data centres are firmly in the sights of Asia’s infrastructure investors, with all macroeconomic trends pointing towards further investment activity.

“We like businesses with growth that also have a core operating base that is quite defensive. Data centres, certainly once you have scale, are exactly that,” Infratil’s Boyes says.

“You have big buildings with long-term contracts that produce cashflow – and because the market is growing so quickly here, you have the opportunity to build new assets that will continue to grow. And if you’re doing that within an existing business, you can do it at quite attractive returns. It’s a combination of a solid core asset and growth.”