If it wasn’t evident before the start of this year that energy transition was the strategic priority for governments around the world, it certainly is now. Sharply rising fuel costs and energy security concerns have joined the urgent need to tackle the climate crisis as forces for change.

This creates substantial opportunities for investors in both proven and newer innovative technologies but, as ever, there are also risks involved. Barney Coles, managing director and co-head of the clean energy team at Capital Dynamics, provides his perspective on which parts of the clean energy infrastructure landscape offer investors the most potential and what might come next.

How significant would you say COP26 was when it comes to new sustainable policies and targets?

We will see how it plays out, but there is quite a wide divergence of views in the industry about how successful it was, given its aim of ‘keeping 1.5C alive’. Some have claimed it was a disaster and full of government bluster, in particular as the final wording of the agreement changed from ‘phasing out’ to ‘phasing down’ fossil fuels.

Others have hailed it as a victory, since it is the first time there has been agreement to reduce the use of fossil fuels from every country. I think we are actually somewhere in the middle. Global fossil fuel usage should significantly reduce, but there is a question mark around how and whether the world will decarbonise all industries.

What has happened since then has potentially had an even more immediate impact on the debate. There has always been a strong argument for renewables as a secure source of energy, but there is much greater emphasis on this now as a result of the invasion of Ukraine.

How do you think the agreements in November will feed into opportunities in some of your key markets?

While it is too early for new legislation to have passed, there have been some indications from governments, especially in the UK and Italy, which co-hosted COP26. The UK government has just announced its new energy strategy, which places an emphasis on nuclear for baseload capacity.

Disappointingly, it hasn’t gone as far as hoped on onshore wind, which is by far the cheapest and quickest renewable technology to install but remains subject to extremely onerous planning restrictions in England. However, there is a plan for a greater role for solar and offshore wind.

Italy is also an interesting market because it has historically experienced huge challenges rolling out new renewables – its geography and topograghy make it challenging to build large-scale renewables plants, whilst it continues to experience a backlog of planning and permitting applications awaiting approval.

Last year, Italy was expected to add between 3GW and 4GW of solar capacity, but less than 1GW were awarded full permits. However, we expect their COP26 commitments to trigger a loosening of permitting restrictions and we have built a strong and experienced management team there to capitalise on this and our large existing portfolio.

In Spain, we have established a sizeable solar footprint due to its policies being very renewables-friendly and its large solar resource. Post-COP26, we see a lot of opportunity in expanding solar capacity in Southern Spain and we are also starting to see the development of battery projects – the first battery storage asset in Spain was only installed in May 2021.

Just how investable is battery storage?

We are watching this space with interest, but the risk-return profile has to be right for our class of investors. We target value-add investments in mature clean energy technologies that underpin transition, with the aim of building new renewable energy capacity to replace fossil fuels. We look to projects where we can reasonably predict the future cashflows and understand how we will source long-term offtake revenues – and that currently means onshore and offshore wind, and solar investments.

Batteries are essential to delivering energy transition in all markets, but they have offered a different risk-reward profile. There has historically been very little ability to contract battery revenues over a long-term period, so the cashflows are less transparent.

However, we are beginning to see an increase in sophistication from trading counterparties and a more dynamic trading model develop, underpinned by enhancements in the implementation of artificial intelligence and algorithm-bidding software, which is beginning to allow these counterparties to offer attractive, longer-term revenue solutions to battery investors.

There is an increasing focus on offshore wind in many European markets. How do you view this sector?

Offshore wind is high on the agenda across France, Germany, Holland and in the UK in particular, which has the most developed capacity of anywhere in the world. The UK is committed to facilitating a four-fold increase in offshore wind over the coming years, which is being supported by innovation in technology, such as larger rotors and the growth of floating turbines.

We see huge opportunity here, although it remains a slightly different investment thesis. Construction risk is different from that of onshore wind – predicting seabed, weather and wave conditions, whilst co-ordinating the interface with new grid infrastructure to export power back to land, are all additional aspects that need to be considered. These typically result in a longer build programme and therefore a slightly longer investor J-curve.

They are also large installations, running into multi-GW and often with billions of euros of capital required. For funds like ours, where we look to minimise the concentration risk, you need to establish the right relationships to form funding clubs whilst minimising the dilution of control.

And what about developments for further out, such as hydrogen?

Hydrogen will play a crucial role in the energy transition and will be vital in areas that need a cleaner fuel to replace gas, such as heating, transport and some industrial processes, whilst also being used as a form of electricity storage. The ultimate aim for our investments will be in green hydrogen, which is produced via the electrolysis process using electricity from renewable generation projects such as wind and solar parks.

Hydrogen appears to offer significant opportunities for investment as its entire infrastructure across the value chain will need to be built over the next decade, from its production through to its storage and distribution. However, the true scale of the opportunity, including its demand profile, remains unclear and it may be that governments will initially have to provide incentives to support this. We are following developments closely as we believe there will be a clear steer from European governments on hydrogen’s direction over the next couple of years.

How are you seeing LP appetite develop around different areas of energy transition?

LPs in the first wave of investments into renewables in the 2000s were attracted by the assets’ de-risked cashflow profile underpinned by subsidies. Over the past five years or so, however, the impetus for investment in this sector has slightly shifted. Many LPs have begun investing here to meet their own net-zero pledges through decarbonising their existing investment portfolios.

More specifically, the focus has tended towards mature renewables assets and a large number of LPs access these through broad core infrastructure mandates, which mainly allocate into operational wind and solar portfolios. Whilst this type of investing is an important part of the overall capital cycle, these LPs are increasingly conscious that fund mandates investing mainly into secondary renewables assets will do very little to accelerate the move to net zero because the capital is not being put to work in a way that directly adds new clean energy infrastructure to our energy systems.

We are also seeing a certain profile of LP look towards newer technologies and the broader elements of energy transition. So, for some, it is a case of looking at transition not only from an infrastructure angle, but also targeting positions in earlier-stage technologies and companies. Also, whilst not a segment we invest in as a zero-carbon energy infrastructure manager, shorter-term gas-fired generation is considered by a small number of LPs and GPs to qualify for energy transition strategies as a cleaner substitute for dirtier coal-fired assets. 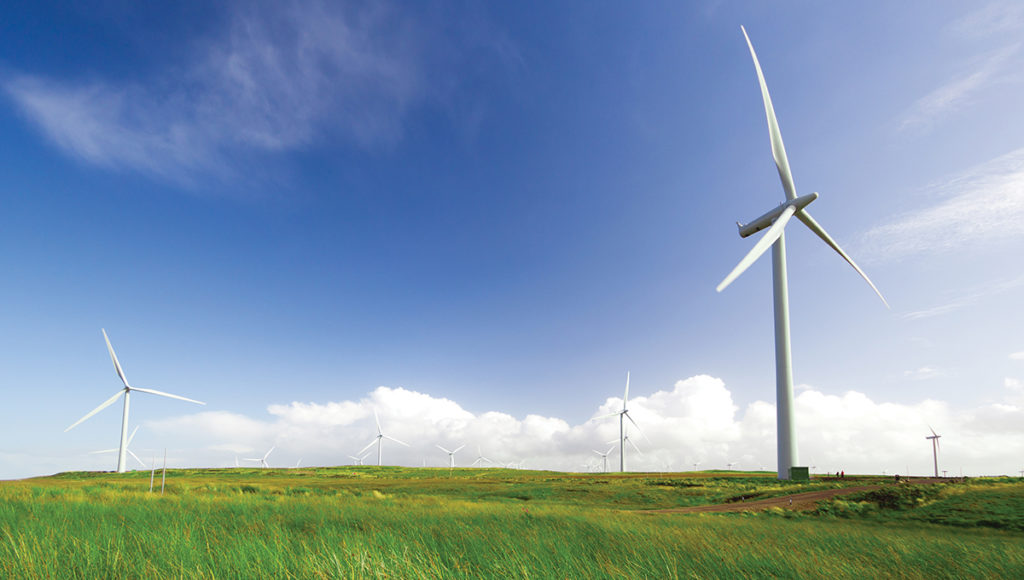 How do you approach ESG and net zero?

As managers focused on clean energy, we were an early adopter of ESG – indeed, we created our clean energy team in 2010. We have always been of the view that it is not just sufficient to have a clean energy business, you need to go the extra mile and manage ESG effectively. As a result, we have developed a proprietary ESG score system, called R-EyeTM, to ensure we are ESG-compliant from top to bottom. We have also received a five-star rating from GRESB.

The Longhill onshore wind project in Scotland is a current project that demonstrates our approach. It had a high R-EyeTM score in due diligence because it will reduce greenhouse gas emissions by over 2.6 million tons during its lifetime, 40 percent of the project’s company board are female, Longhill will replant trees, a significant share of annual revenues will go to local community groups, and it will provide jobs for local people. We will also monitor all relevant metrics to ensure these criteria continue to be met. We apply the same high standards to all of our renewables projects.

On net zero, we set greenhouse gas emissions targets for our investments in line with the 1.5 degrees objective, which is not only important to us, but to our investors and broader stakeholders. Most recently, we signed the Net Zero Asset Managers initiative, committing to help drive actionable change on greenhouse gas emissions, and achieving net zero well ahead of the 2050 timeframe. We are also looking at launching a net-zero fund that would ensure end-to-end carbon emissions are zero – for example, even when you are building new renewable capacity, there are carbon emissions in manufacturing and so you have to find a way to offset that.

How will the renewable and energy transition investment landscape evolve over the coming years?

There is a huge push globally to decarbonise energy systems. For the best part of 15 years, the exponential growth in the sector was underpinned by state-backed subsidies. However, these were more or less all withdrawn five years ago in Europe.

The industry has therefore had to adapt to live without subsidies, which takes time, particularly given the often-substantial timelines involved for asset redevelopment, and levels of upstream consolidation still required to keep costs low. As a result, we see a shortage of renewables projects coming online over the next couple of years, despite the massive push to build new projects and the huge demand from energy users for the ‘green’ electricity they generate. In the shorter term, therefore, we believe that those investors and GPs currently with the deep industry relationships to access these scarce portfolios will have an edge.

In the medium term, we expect to see an expansion of new renewables capacity across Europe as governments loosen restrictions and pass new legislation to facilitate further development activities, while what may be now considered ‘frontier’ technology (such as hydrogen, and to some extent, batteries) will become more mainstream and vital to LP portfolios.

However, we don’t expect primary investments in this space to become in any way commoditised. Barriers to entry will continue to be high and the quality of an underlying investment will be driven by the expertise of the GP and its ability to leverage relationships and market presence to deliver the most attractive risk-adjusted returns.