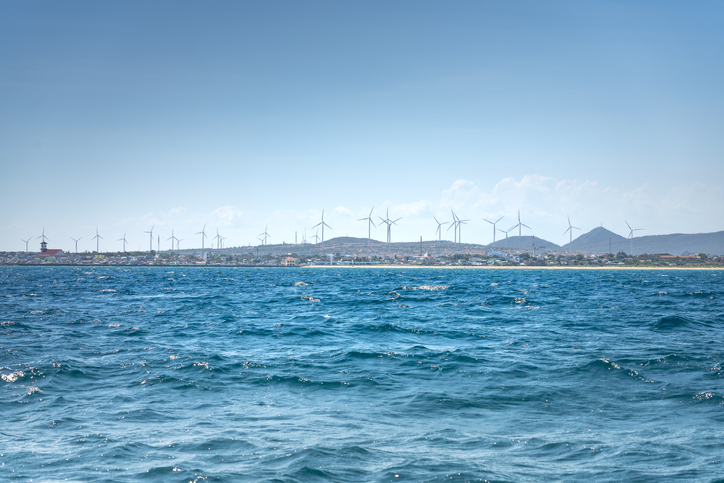 Although renewable energy technology has been around for decades, in recent years there has been a significant uptick in its adoption as regulatory, societal and economic pressures have driven a move away from fossil fuels.

As with any major disruption, this has created a significant investment opportunity. A report published last year by the UN Environment Programme and Bloomberg NEF estimates that $2.6 trillion of investment went into renewables capacity between 2010 and 2019. However, the report adds that the pace of investment must increase if the UN’s Sustainable Development Goals and climate change targets are to have a chance of being met. John Breckenridge, global head of clean energy infrastructure at Capital Dynamics, and Simon Eaves, the company’s head of clean energy infrastructure in Europe, discuss the opportunities and challenges of investing in this constantly evolving sector.

At what stage would you say we are in the shift from fossil fuels to clean energy?

Simon Eaves: We are in the transition process now in many countries, with Europe in particular increasing the share of renewable capacity in its energy mix. This is clearly being driven by concerns around climate change, but it is also apparent that renewables now make much more economic sense as their cost has fallen considerably.

In the UK, for example, we have had no coal generation since the start of lockdown and there is a legislative target to have zero coal generation from 2025. Furthermore, old nuclear plants are being closed down and the plan to build new nuclear generation capacity has stalled – the resultant shortfall in capacity is increasingly being filled by renewable energy generation.

John Breckenridge: There has been a significant shift over the past few years. Where once there may have been barriers of cost, this is no longer the case because renewable energy is now cheaper to install and produce.

The issues now relate more to market dynamics and how the grid operates – for example, the intermittency of renewable energy sources poses a challenge to grid stability and reliability. The next opportunity will be in the storage solutions that will be needed as intermittent renewables become a larger part of the energy mix.

To what extent has covid affected this shift?

SE: Overall, the pandemic has only strengthened the case for renewable generation. Investor appetite has increased, and we have seen calls for a green recovery at both societal and political levels. Renewable investments have demonstrated their worth as an asset class for investors because they have remained resilient through the crisis – they have not, for example, seen the corrections and volatility we’ve seen in public markets, and have shown little correlation with the wider macro-economic or geopolitical environments.

The huge volatility in oil and gas prices that we have seen throughout the crisis, coupled with the reduction in electricity demand, has generally not resulted in any de-valuing of our renewable assets. This further enhances the reputation of renewables as a stable and resilient asset class. All these factors having been considered, when we do return to some kind of normality we will be in a good place to capitalise on the increasing appetite for renewable generation.

JB: I am talking to investors every day, and they are re-evaluating their view of infrastructure in light of the way that renewable assets have continued to perform strongly in this environment, especially when compared with many GDP-related investments. And while during the first few months there was some uncertainty as LPs were figuring out how they should allocate their capital, as well as some confusion around the deal process, the market has coalesced around a new way of doing things in a more virtual world. The new process is in many ways more efficient than the old one as there is now less need for time-consuming travel and meetings.

How is this translating into opportunities?

SE: In Europe, the key areas for us are onshore wind in the UK and Northern Europe and solar in Southern Europe, backed by storage to mitigate intermittency issues, as well as providing wider energy solutions to our customers – the buyers and users of our electricity. The ideal situation is to create renewable energy that’s dispatchable and that provides baseload generation to the energy system. There are also some opportunities in offshore wind, which has typically been dominated by large utilities.

In addition to wind and solar, there are other renewable technologies that we will look at on an opportunistic basis, although the volume of transactions in other renewable sectors is just not there on the scale that we require. For example, wind and solar are currently more cost-effective than tidal and biomass energy projects, but there is little doubt that other renewable and climate-friendly technologies are becoming increasingly cost-competitive, so we are always looking at other areas. In addition, with legally binding emissions targets in place, there is an impetus in areas such as electric vehicles and the electrification of households because the targets won’t be met by renewable installation alone.

The challenge for any investor who wants to get exposure to renewables is that as momentum builds, there is increasing capital directed at renewables, so you really must differentiate your approach. Investment into renewables has taken place for 25 years and for much of that, particularly in Europe, renewables have been heavily subsidised with different regimes in different markets.

JB: Our focus is on new markets and new customer solutions. In the US, for example, integrated power storage offering 24-hour availability is in high demand, as is electric vehicle charging. These solutions require an approach where you get in early, get close to customers to understand their needs and provide customised solutions.

Many of these customers are small utilities or large industrial businesses and they can’t buy traditional intermittent renewable power, so you have to work with them to structure assets, find funding solutions and create contract agreements in order to tailor solutions. These opportunities are hard to execute but are high value to the customer and, ultimately, to investors, and they need strong experience and capability.

Investing in renewables capacity has an impact in reducing carbon emissions. Is that sufficient for ESG?

JB: It is part of the picture. Clearly, when we are seeing climate crises across the world – in the US this is close to home as fires rage across the West Coast – our impact on the environment is increasingly important to investors. But ESG is multi-dimensional and intertwined, and that means you have to focus on a broad variety of areas – from labour practices and fostering inclusion and diversity to biodiversity and sensitive land use. Part of the issue is that it can be hard for investors to determine who has genuine ESG credentials because there aren’t yet robust global standards. The best standard in our industry today is GRESB – the ESG benchmark for real assets.

SE: The lack of standardised, objective measures in the market is one of the reasons we have developed our own rating system, R-Eye™. We use this system to drive our ESG due diligence on potential projects and to monitor and measure the impact of our clean energy infrastructure investments on the environment and our communities. This also allows us to benchmark the ESG credentials of the large number of assets we look to acquire and put into operation.

Can you give us any examples of where you are looking at the broader ESG impact of your investments?

JB: One example would be the California Flats Solar Project, which was completed in 2019. Clearly, when you install solar capacity, you are having an impact on land use and, potentially, biodiversity. To mitigate this, we delayed project construction and employed biologists and ecologists to ensure the safety of endangered species.

The project ensured that onsite vegetation was maintained using sheep to graze the land instead of machines, which allowed a 73,000 acre ranch to remain open rather than being developed commercially. Biodiversity has also been protected through the permanent preservation of 6,200 acres of mitigation land. And finally, the project contributed to the local community through job creation.

SE: Another example would be our Whiteside Hill wind project in Scotland. Not only does this play a role in supporting the UK’s renewable energy goals – it provides enough energy to power 9,000 homes annually – but it also benefits local communities. The windfarm contributes to a community fund that really came into its own during the covid-19 crisis as it created emergency funding that offered grants to local communities, donations to local foodbanks and support for vulnerable individuals.

Examples such as these really show how it is possible to address multiple issues through sensitive and thoughtful approaches. Since the inception of our clean energy infrastructure strategy in 2010, more than 16 million metric tons of greenhouse gas emissions have been avoided as a result of our renewable investments. This is equivalent to the power needed to supply more than 3 million homes or passenger vehicles for one year.

How do you see the risks and opportunities in renewables changing?

SE: The shift towards renewables will continue to happen and increase in momentum – part of the issue is that you don’t necessarily see the impact on the environment in the short term. Initiatives such as net zero carbon emissions are driving this, but it is a long journey.

North America and Europe are well into the shift towards clean energy so you have to look for opportunities others don’t see if you are going to continue to find attractive investments. In emerging markets like India, the dynamics are different. Many of these countries have huge power shortfalls and are only just shifting to renewables.

New generation is needed to meet these shortfalls rather than replacing the traditional fossil-fuelled generation capacity that we are seeing being closed down in North America and Europe.

JB: The shift to renewables is now unstoppable. As a manager investing in these assets, you have to pay close attention to understand how risks and opportunities are emerging. For that, you need specialist investment expertise.