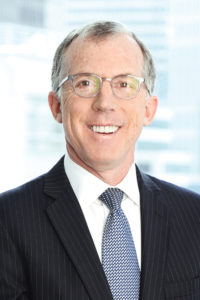 John Breckenridge: Technology and cost changes have turned the global power markets upside down. The cost of solar has come down by more than 80 percent over the past six or seven years. The cost of wind has fallen by even more than that since the industry began in the early 2000s. What looked like high cost energy a decade ago, has now become competitive on an economic basis.

Then you have the regulatory environment. As a shift to renewables has risen up the agenda of most state and federal governments, incentives have been put in place to fuel that transition. Meanwhile, and particularly in the US, we are seeing the development and implementation of large-scale storage, which enables a greater penetration of renewables.

Finally, limited partner appetite for renewables has grown substantially. While European investors have been focused on the sector for some time, just five years ago, if you mentioned renewables in the US, some investors would cringe. Now investors understand that the sector can deliver on returns, not just a responsible investment mandate.

How are you seeing wind and solar power generation evolve?

JB: Between 2001 and 2005, we saw the emergence of the first economically scalable onshore wind turbines. What was a niche industry, suddenly became a competitive part of the overall power market. At the same time, solar was growing, but still very expensive.

A second wave began around 2010, when solar prices started to fall. Larger-scale solar projects came online, as well as solar thermal projects, which looked like they may become competitive, but have since been taken over by the PV market. About five years ago, meanwhile, solar really started to take off at a utility scale. In the US, the largest projects are 300-400-plus MW in size, with over a million solar panels each. That’s a relatively new development.

Simon Eaves: From a European perspective, prior to the last 18-24 months, onshore wind and solar were subsidised, so money piled into the sector over a long period. That money was fairly agnostic regarding technologies, geographies and natural resources as investors 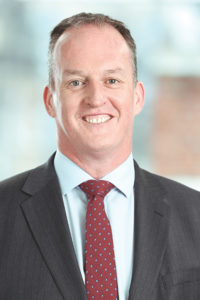 focused on yield. The subsidies for onshore wind and solar have now been largely withdrawn and that dynamic has changed.

With the market largely unsubsidised, location and technologies are becoming increasingly important.

The offshore wind market, meanwhile, remains largely subsidised and historically has been dominated by the larger utilities developing large offshore concessions. Having developed and constructed those assets, the utilities are now selling minority stakes into the market.

What are the fundamental differences that you see in the way the US and European clean energy markets operate?

JB: In the US, most of the subsidies are based on tax, involving complicated financing structures that require a level of specialisation. Projects in the US also tend to be bigger. And you effectively have 50 different markets, which further adds to the complexity.

SE: The European market is becoming increasingly interesting because it is transitioning. Statistically, Europe has the highest penetration rate of renewables in the world, driven by decades of subsidies. Although subsidies are now less common, there is still a lot of capital targeting renewables. Large amounts of capital are targeting operational assets, which are changing hands at high valuations in relatively straightforward deals that attract low-cost capital in search of yield.

At the same time, however, without the benefit of subsidies, building new assets is a lot harder unless you have the relationships and depth of expertise that we have. Utilities tend to dominate the bigger deals, but the really interesting opportunities we see are for assets below the utilities’ radar – medium-sized deals where a lack of subsidies means there are significant barriers to entry, but with the potential to generate higher returns.

What opportunities are you seeing outside of power generation – storage, for example?

“In the south-western US, we are now at the stage where solar and storage is cheaper than a new thermal peaking plant”

JB: We are on the way to becoming the largest owner of storage in the US with 2.6GW hours of storage being constructed. A few years ago, storage was so expensive it was impractical. But that cost has come down by almost 80 percent and in the south-western US, we are now at the stage where solar and storage is cheaper than a new thermal peaking plant.

In the US, I think storage will become a huge part of the market. In California, for example, there is so much solar that in the middle of the day, prices get extremely low, or even negative, meaning you can charge a battery inexpensively and then discharge it at the end of the day when solar comes offline. That’s a very valuable proposition.

SE: There is no doubt storage will be a game-changer. As we move towards a higher percentage of renewables on the system, you have to find a solution to the intermittency of those assets. It will take longer to get there in Europe, because while US subsidies have largely involved tax incentives, in Europe we are moving from a subsidised market to an open market and we need to figure out how batteries fit in. 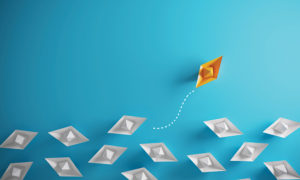 Why have you decided to add a debt strategy to your product offering?

JB: Because of our position in the market, we see most of the opportunities that arise. If there is an opportunity with a long-term contract, we are able to source a very low cost of debt and can generate solid, infrastructure-style returns on our equity. However, we also see projects that have shorter offtake contracts and carry more merchant risks. Those assets command a higher equity return but are not well-aligned for lower cost debt. We don’t take those kinds of equity risk, but the debt element can prove highly attractive on a risk-adjusted basis.

This complementary opportunity set and the attributes of infrastructure debt pair well for investors. We created our credit business to focus on an area in the power market that requires a depth of knowledge and specialisation, which is why we hired Paul Colatrella, who brings extensive experience in this space, to lead this effort. Our credit business focuses on an underserved segment of the market to provide compelling cash yields with notable downside protection. It can help investors to diversify their sources of yield, as these contracted projects are less sensitive to changes in the business cycle.

How do you approach ESG considerations?

JB: ESG has gone from being a nice-to-have to one of the most critical aspects of what investors are looking for. Because we focus on renewables, we naturally have a high ESG content. A couple of years ago, that would have been sufficient. But today, investors are scrutinising supply chains and labour, for example. One of our most recent funds was awarded with a five-star rating by the Global Real Estate Sustainable Benchmark, or GRESB, an ESG benchmark for real assets. Capital Dynamics was recognised as a sector leader for the renewable power generation sector, and three of the power projects in that fund were the top three projects ranked by GRESB in the photovoltaic power generation category. ESG is something we take very seriously.

SE: It is not just the impact we have on a day-to-day basis, but about how you measure and quantify ESG. In addition to third-party measurements like GRESB, we developed a proprietary approach to responsible investment based on the United Nations Sustainable Development Goals. We grade every element for each of our projects, with measurement beginning at due diligence and continuing throughout the life of the investment.

What are the key challenges that the clean energy industry faces?

JB: First, we are reaching the point where the intermittency of renewables is impacting the grid. That has unleashed technology solutions around smart grids and lower cost storage. Second, wind farms, in particular, use substantial amounts of land. The most obvious locations are used up and development is becoming more challenging. That has led to regulatory and technological innovations.

SE: I would add a third challenge, which is how you differentiate yourself in a market where there is such a large pool of capital looking to be invested. Being a dedicated renewables investor, with our own in-house asset management capability, enables us to stand apart from a lot of the money that is going after the de-risked operating assets which are changing hands at relatively high valuations.

How do you expect the clean energy investment space to evolve going forward?

JB: In recent years, we have invested over $1 billion of equity per annum. That means we have been able to stay at the forefront of the sector’s evolution. When the yieldco model failed, it created a lot of M&A opportunities, and we were able to take advantage of that.

As Simon alluded to, a lot of money has since poured into the industry and those plain vanilla transactions are generating lower returns. But at the same time, there are 1,600 municipal utilities and co-operatives in the US, all looking at how they can find a partner to get better at renewables. So, our business model has evolved to focus more on specialist solutions. This represents a far bigger potential market, but it is also a more difficult, and therefore interesting, part of the market to service.

The other major evolution going forward will be around battery storage. Renewables are still at a relatively early stage. The bulk of power is still produced by traditional thermal plants. As storage increasingly comes online and as technologies get cheaper and cheaper, it will accelerate the adoption of renewables.

SE: The European market is slightly different. We all know about the green push that has accelerated over the past 12 months, resulting in a lot of European countries phasing coal generation out of their generation mix. Furthermore, very few countries are building new nuclear plants. So, you have a huge swathe of capacity that has to be replaced. The majority of that new generation capacity is likely to come from renewables. Just from the perspective of system requirements, therefore, the future looks extremely attractive for renewables. Where the real added value comes in, however, as subsidies are no longer available, is in gaining access to quality assets with the right risk/return profile for our investors that others aren’t seeing. We do that through our relationships with developers.

The final piece of the jigsaw, meanwhile, is to contract directly with companies and corporates themselves who want to buy power from us directly through long-term contracts. Real value can be generated by matching these off-take contracts of large corporates with the deals that we have accessed directly from developers; the market is certainly heading in this direction. It is about providing energy solutions, not just building wind or solar farms. The last five years have been exciting, but things will only get better.