This article is sponsored by FIRSTavenue

Q The energy transition has transformed as an investment thesis over the past decade. What changes have you seen? 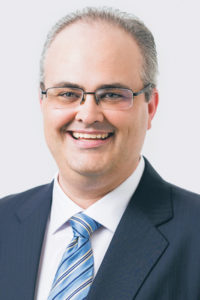 Chris Tehranian: I think the biggest change we have seen has been the economic competitiveness of renewables, independent of any subsidies.

Prior to 2007, renewables in the US were more of a tax strategy, but advances in technology have dramatically decreased the relative price of power for clean energy sources. They have become far more cost effective.

The other big shift has been the scope of energy transition as an opportunity set. It is no longer just about renewables.

Investors are looking at opportunities in battery storage, energy efficiency and energy conservation.

Couple this with the transformation in the natural gas sector and there are great opportunities in the midstream and downstream space. The developments have been so dramatic. We are not talking about just its impact in energy, it really hits most sectors in the market.

Take the US for example; 10 years ago we were building LNG import facilities, now we are an exporter of LNG. In terms of scope, the US is set to be a net energy exporter in 2020 for the first time in 75 years.

I continue to be surprised at the development of this marketplace for investors. If you look back to the cleantech funds being raised prior to 2008, a lot of the focus was on biofuels and emerging technologies. Today, the focus is less about the technology and more about the build-out in infrastructure. See the growing themes around community-based renewable energy, demand response solutions, electric vehicles and EV charging.

Q How has the renewables sector evolved differently in developed and developing markets? 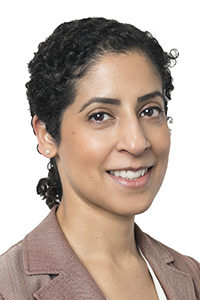 Tavneet Bakshi: In developed markets, it is very much a transition story given the deeper and more established infrastructure in fossil-fuelled power generation and transmission. We are seeing a forecast net reduction in fossil fuel generation across OECD regions over the next two decades while the share of renewables in meeting global energy demand is expected to grow by one-fifth in the next five years.

Developing markets, in some cases, are far greener. Coming from a lower base of established energy infrastructure, they are building plants using efficient technologies and embracing renewables. Brazil is one of the greener markets. China, similarly, is growing its green remit far more quickly in absolute terms than some of its Western peers.

In many respects, developing markets could offer interesting investment opportunities in terms of potential returns.

The loss rates are also high and that is because you typically have very poor infrastructure in place. Reliability is a constant issue. Whether it is an old low-voltage distribution network or an inefficient mix of power plants that might not actually be close to where people and industry are, generally, these regions might not have a local source of oil, coal, diesel or natural gas. It must be imported and then transported, generally at a very high cost. What renewables do is displace that thematic.

If you turn to solar or wind when electrifying communities, you are essentially skipping that stage. It is very much the same process we have seen in the telecoms sector. In the developing world, we skipped fixed-line phone infrastructure and went straight to cell phones.

Q What about LP appetite for energy transition? Is it now purely an economically driven investment decision or is it also about reputation and ethics?

TB: It has been a journey. Over a decade ago, the money invested in renewables generally flowed through structured products or listed bonds, but the aggregate sums involved were never meaningful.

Fast forward to the last two or three years, we see investors starting to set aside a defined allocation for renewables. It is partly an ethical decision, often in the context of a sustainability or impact investing policy.

A few years ago, a fairly stark report was published on the underlying fossil fuel exposure of UK pension funds, for example. That, alongside other policy shifts, has led to significant focus on ‘decarbonisation’ and a concerted effort to make greener investments.

At the same time, renewables have also become less reliant on government subsidies to make the economics work, not just from an asset perspective, but from an investor perspective too.

There has been a significant increase in voluntary procurement from corporates. This often comes with long-term PPAs in place allowing investors to consider this as a stable, long-term asset class, offering similar contractual protections to other areas of infrastructure. We are seeing far greater uptake from investors as there are more and more boxes they can tick.

Q Are ratings services like GRESB an institutional response to ESG in investments?

CT: It’s interesting. Because of that initial lack of institutional response, there were very few renewables focused funds in the market prior to 2016. But the innovation and transformation we have seen has now made this a growth sector and renewables make up a large portion of the global opportunity set available to infrastructure investors today.

It is hard to find a strategy in the market right now that doesn’t have an exposure to renewables.

Q How have GP strategies evolved in response to this increased demand?

TB: We have definitely seen an increase in dedicated renewables funds and specialist GPs coming to market. At the same time, renewables are also starting to be seen as a growth play.

Five years ago, the renewables story was about investing into operational solar or wind power portfolios to generate yield. Now, managers increasingly are taking an earlier stage bet.

We have worked with several GPs targeting greenfield renewable exposure and, crucially, doing so as specialists. They have been able to generate very meaningful returns by taking advantage of this growth angle.

LPs, meanwhile, can take comfort from the fact the individuals running these strategies come from the development side. They understand how to manage that greenfield risk. If you can harness that expertise to build assets from ground zero and layer it with attractive scalable pipelines and contractual protections, it can be very interesting for investors. A ‘build-to-core’ strategy.

CT: The power markets are complex, and this is certainly not an area for passive investment. Predicting price movements is notoriously difficult and one of the advantages of renewables is you can offer scalable opportunities with 15- to 20-year long term contracts not widely seen in the marketplace. Any time you have a highly contracted asset with strong visibility you are going to see investors come running.

Q We are increasingly hearing about LPs with very stringent investment criteria, including their approach to natural gas. How is that impacting GPs?

TB: A lot of energy-focused opportunities do now include that compelling gas story, but you are absolutely right. There are a number of investors with defined, black-and-white guidelines which mean they cannot accept any fossil-related exposure. It is a fairly definitive stance.

Where we have gone to market with strategies that are low carbon, as opposed to pure renewables, we have quite often encountered those roadblocks and have had to discuss opt out strategies and side letters in order to be able to cater to those needs. I would say, however, that that is the exception rather than the rule. Most investors with a sustainability strategy within their allocations also benefit from growth opportunities, including LNG. 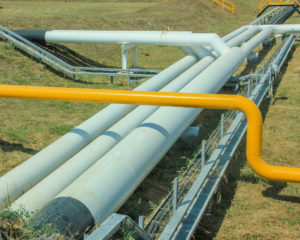 The role of midstream opportunities in investment strategies

CT: The expectation right now is that renewables, in the US, will grow from 18 to 31 percent of production over the next 25 years. Coal will drop from 28 percent to 17 percent and natural gas will rise from 34 percent to 40 percent.

It is interesting that natural gas and renewables are being coupled together. This isn’t policy driven. It is all about economics and their competitiveness in the marketplace.

Natural gas production in North America now rivals Russia. And there has been a sea change in terms of where that gas production is taking place. Going back to 2006, there was nearly no production coming out of the Marcellus Formation. Now it is one of the most prolific basins for natural gas.

But all the mid-stream pipelines are focused on distributing hydrocarbons out of Texas. That creates a real opportunity and GPs are increasingly investing in the midstream infrastructure required to facilitate that fuel switch.

What or who do you see as representing the next generation of energy transition?

TB: If you fast-forward 10 years, I think renewable energy will have scaled significantly and will no longer be viewed as a separate sub-sector of energy allocations. These investments will stand up on their own merits. It will go far beyond just being a good citizen.

In terms of what will win, I think solar, wind and hydro have already become mainstream, with very little, or no, reliance on subsidies. They are competitive in their own right. Going forward, newer technologies will affect the way we think about energy transition.

Storage will be a big part of that story. Transportation is also poised for a complete transformation. The way in which we will move from one place to the next will be way beyond anything we can imagine today.

CT: This is an extremely exciting sector and the innovation is not going to stop here. In 2005, I used to work at a utility that had a large fleet of coal-fired power plants. Coal was then the cheapest power source in the south-east US. Fast forward a few years and it was the most expensive. So much has changed in the energy sector, in terms of production, transportation and utilisation.

That has had a massive impact on our utilities, from power generation to midstream, and even high energy areas such as waste, recycling and water treatment. This all affects the way we think about power, both locally and internationally.

We need a better design, more connectivity, including battery storage, and all this will create a new opportunity set for utilities 2.0. This is a growth area with a lot of great investment propositions coming our way.

TB: All this also means that in the next 10, or perhaps 20 years, there will be a shake-up of geopolitical relationships. Now everybody is capable of finding solutions for local energy security, which will fundamentally alter the political and economic landscape. I think that could be one of the most significant shifts for our generation.

CT: I don’t think you can underestimate the changes that are on the way. Pretty soon, we may not need petrol stations. You will be able to charge your car while at work. In the same way that pay phones have become a relic from a previous age, I think there will be many vestiges from a fossil-fuelled world that my kids will never understand.

Tavneet Bakshi is a partner and head of EMEA. She is responsible for leading a team of 16 in sales and project management in the region and is based in the London office

Chris Tehranian is a partner and a member of the project management team where he leads the team in the US focusing on GP origination, fund due diligence and preparing managers for fundraising