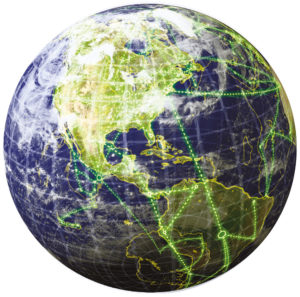 When Sam Pollock, who heads Brookfield’s infrastructure group, told us in March about how he was investing the firm’s $20 billion fourth infrastructure fund, digital infra had emerged as a hot topic. So much so, that the Brookfield Infrastructure Fund IV had already surpassed its 15 percent target allocation to the sub-sector, having invested $3.6 billion or 18 percent of its capital in it.

Over the course of the conversation on how this relatively nascent sub-sector might fare during a downturn, Pollock said: “I just don’t see data consumption dropping dramatically [in a recession].”

Little did he know, of course, that soon afterwards up to a quarter of the world’s population would be in lockdown, prompting an exponential growth in data consumption as people work from home, videoconference family members and stream movies.

If anything, the more immediate question now, as usage explodes, is: can the existing infrastructure cope? “In the very short term there is definitely pressure [on digital infrastructure since there’s] an incredible degree of reliance on network capacity and resiliency,” says Bruno Candès, a partner at InfraVia Capital Partners. “That’s what we’re going through as we speak.” The French firm made its first investment in data centres in 2015. Other digital infrastructure assets in its portfolio include a controlling stake in Next Generation Data, a Wales-based data centre that InfraVia bills as Europe’s largest; and five data centres it acquired from Altice in December 2017.

“I’ve learned through previous crises, and now with this pandemic… that digital businesses are not only resilient, they actually grow”

For Stéphane Ifker, a senior partner at compatriot Antin Infrastructure Partners, which has bought three fibre broadband assets since 2018, the lockdowns “force us to change the priorities and ways of working, with sometimes positive long-term implications. On fibre networks – and in particular, in the context of a surge in traffic and absolute need for critical connectivity services – our operators prioritise reliability, whilst trying to minimise the level of intervention on the networks to avoid disruption and damages”.

Matt Evans, partner at AMP Capital – owner of fibre provider Everstream and cloud services manager Expedient, both based in the US, as well as Spanish telecoms provider Axion – agrees that the priority is ensuring customers have minimal disruption to their networks as traffic builds up. Ifker adds that, fortunately, there have been no immediate issues with supply chains affecting the supply of fibre.

Of course, the pressure that is being put on the system by mass working from home and the lockdowns is also shedding light on investment opportunities.

Marc Ganzi, managing partner at Digital Colony, points out that residential areas, which have received less digital infrastructure development than urban centres, are reversing broadband usage hours, which typically dip while people are at the office.

“What’s happening is off-peak hours are becoming peak hours,” he explains. “What we’re learning in this particular crisis is that we have to demonstrate that we can put high capacity workloads on the network’s edge.”

This, he argues, is creating more investment opportunities, putting Digital Colony in a position to “play offence”. The firm has nearly $5 billion of liquidity available to deploy, including $1.4 billion remaining from its inaugural $4.05 billion fundraise.

“A lot of the opportunities we’re pursuing right now didn’t exist a month ago,” he says. “They were either priced to a place we wouldn’t play or the customer was self-performing.” Struggling telecom companies could also create investment opportunities.

“What has changed for telecom operators is that they have suffered a lot in the crisis,” says Candès. “Their market cap has been significantly reduced, which means their balance sheet resources have been affected as well. They’re going to enter a post-coronavirus environment, which will be a recessionary one. That means their capacity to fund capex going forward is going to be worse tomorrow than it was pre-crisis.”

Still, Ganzi argues the digital sector has tried-and-tested resiliency. “This isn’t the first time that I’ve been a chief executive during a time of what I would call a great disruption in capital markets,” he says. “One thing I’ve learned through previous crises, and now with this pandemic impacting our economy, is that digital businesses are not only resilient, they actually grow.”

When asked if the greater demand on network capacity and the current increase in data usage will lead those investing in digital infrastructure to accelerate capex into portfolio companies, Candès answers: “It’s too early to tell – this is not a decision you make in a week. We have Celeste, a digital infrastructure provider servicing B2B clients across France, and we’re looking to see how demand is going to grow in that sector and we’re going to invest capex to support that demand.”

The pandemic is underlining digital’s status as essential infrastructure.

“It’s quite clear the countries we are in see fibre connections as an essential and critical infrastructure, to be treated on a par with utilities such as water and electricity,” says Ifker. “It was already somewhat the case but even more so today. Habits will change, so you will need to serve more traffic than what we had before the crisis. We all know that some countries are lagging behind in fibre connections, and today it’s even more of an issue.”

Candès agrees: “Our view is that crises accelerate transformation that is already in play. I think the pandemic is going to accelerate fully the transition to the cloud. All companies understand now that they need to have their business continuation plans and everything in the cloud in hyperscale, bunker-type data centres. That means everything that moves to the cloud will need to be accessible from highly secure and resilient data centres and transported through resilient, high-capacity fibre networks.”