This article is sponsored by DIF Capital Partners

DIF likes to play in the mid-market segment of the global infrastructure market. Why is that segment so attractive?

The mid-market is less crowded than the bigger segment above it, partly because many infrastructure fund managers have grown their fund sizes so much. These days it is not unusual to raise $10 billion-plus, and those managers are no longer able to play in the mid-market, leaving a gap for others to fill.

We like the mid-market because: it is under the radar of a lot of others, it represents more than 50 percent of dealflow in the infrastructure market, you need to have a specific set-up and capabilities to be successful and we can typically avoid large auction processes. We see far more bilateral or limited competition deals where our chances of success are higher.

We have two strategies we are focusing on: our traditional DIF funds target core and build-to-core equity investments with long-term contracted or regulated income streams, and then our CIF funds focus on core-plus equity investments in lower mid-market infrastructure in the telecoms, energy transition and transportation sectors. Those are slightly higher risk and higher returns.

We have a very large team of around 185 people, of whom more than 100 are directly working on our (potential) investments, and we work across 11 local offices globally. Through that network we can be close to the market and source deals that others can’t, really getting to know projects at a local level and the companies working on them. Infrastructure is a global market, but at the end of the day it happens at a local level. We like to think global and act local.

Smaller transactions are where we see most value and where our capital is needed most to realise growth and impact. We typically do more deals in each fund than other fund managers, and those deals are modest in size. That level of diversification is important to us and to our LPs.

What is DIF’s approach, and how do you secure access to proprietary dealflow?

It is a global approach to the market with local teams, and specialisation within those teams. For example, we have a global renewables team with members in each office while it also includes specific technical specialists that work globally from a central team supporting transactions and asset management.

That level of specialisation is crucial for quickly identifying opportunities and selecting the right ones. It helps source proprietary dealflow, and it is also important to sellers who want to work with a buyer that can deliver and knows therefore what they are doing. We have built a strong reputation in our markets for integrity and doing what we say we will do, which means delivering on transactions and speed of execution. It’s not about making every last euro out of the deal but making sure it is a win-win situation and creating a long-term relationship with your partners.

How can investors like DIF tap the opportunity set on offer in the fastest growing infra sectors?

Certainly, the most interesting sectors going forward are energy transition and digitisation.

In energy transition, we see a lot of parties making a lot of noise, but we already did our first renewable energy deal in 2007. We have built a lot of knowledge, experience and track record, and we know what can go wrong. We are also already active in newer areas like battery storage, hydrogen, electric vehicles and so on, meaning not only can we further invest in traditional renewables platforms, we can move with those new trends into more future-proof energy transactions.

We started looking at opportunities in digitisation more than five years ago and we have now invested in quite a few of those companies in Canada, the US, Finland, France and the UK, with more to come. Areas like fibre rollouts are a real mid-market play that we are happy to support, which only works in combination with strong management teams. We like to invest in relatively smaller companies with the potential to become market leaders in their regions, and partner with a fully aligned management team to deliver growth of the business plan.

The same is true with data centers, where we have been able to target smaller assets with a buy-and-build approach to create portfolios that can be sold to large institutional buyers. 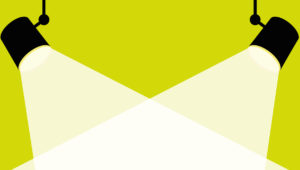 In April 2020, DIF, through its DIF CIF II fund, completed a majority investment in Valley Fiber, a telecommunications infrastructure company and internet service provider based in Manitoba, Canada. Manitoba is the fifth-largest Canadian province by population and the investment was to fund the construction of additional fibre-to-the-home and fibre-to-the-business connections, and wireless towers.

The investment was bilaterally sourced and capital was invested over a two-year period based on Valley Fiber achieving a number of pre-agreed funding criteria. Since acquisition, the company has grown and currently owns and operates a network in rural Manitoba delivering fibre and fixed wireless infrastructure to around 15,000 customers. Value enhancement drivers include to build an additional large operational fibre network in rural Southern Manitoba to reach another 48,000 households, and a plan to actively pursue add-ons and additional fibre rollouts. DIF then plans to exit a large, professionalised and operational platform with strong monopolistic characteristics.

In January 2022, DIF invested, through its DIF Infrastructure VI fund, in a 51 percent stake in ib vogt, one of the world’s leading developers of utility-scale PV solar with a project development pipeline in excess of 40 GWp. Headquartered in Germany, the company has developed, constructed and/or sold more than 2.2GW of solar PV projects to date and is transforming into an independent power producer (IPP) model.

DIF entered into a bilateral deal after an unsuccessful auction process with a view to arranging finance for the development project pipeline; DIF was selected as preferred partner due to its large and experienced renewable energy team capable to due diligence the transaction, a good cultural fit with the co-shareholder and was seen as the right partner to realise the growth ambitions. The development, construction and operation of solar energy and battery storage is set to play a vital role in the decarbonisation of electricity markets across the world and DIF aims to support ib vogt in playing a major role. Value creation will come through building an assetco, growing the development pipeline and potentially doing add-ons, before exiting an operational IPP with a large development pipeline.

Clearly in the two areas that we just discussed, but we also still see opportunity in more traditional infrastructure sectors like public-private partnerships, toll roads, transportation assets such as rail and also utilities. Unlike others, we are also investing in well-structured greenfield investments, typically construction ready, and we see a lot of value in that space because it’s not so crowded. It requires a large and experienced team making sure the construction phase is managed well and the investment transitions into a stable operational de-risked cash yielding investment. This is what we call “build-to-core”.

Geographically, we are focused on several geographies, including Europe and North America where we have most of our offices. In Canada and the US we target renewables and transportation, but also sectors like fibre offer great opportunities. We also have a presence in Australia and in Latin America and we are currently considering an office in Asia. For now, the vast majority is targeted to be invested in Europe and North America.

What advantages does DIF have as one of the few independently owned infra fund managers globally?

There have been some interesting trends. When we started out in 2005, we were fully independent from the beginning, with no assets or capital from anybody other than ourselves. A lot of other infrastructure fund managers were held by large institutions, and there was a push from LPs for those to become independent because they didn’t want to pay fees and carry to those institutions.

Many of those fund managers became independent, but today we see the opposite, with a lot of independently owned companies selling shares to larger institutions and becoming part of larger organisations again. That seems less of a concern to LPs than it used to be.

We see several advantages to our independence. First, it gives us flexibility and allows for quick decision-making because we can decide within a small group of partners. We are a very agile firm, and we like that.

We also don’t need to spend time on shareholder management or bureaucracy. If we want to hire more people because we feel it’s necessary, we come together and decide straight away to do so. We can be very entrepreneurial, and that allows us to deliver significant value to investors because we can commit resources where we believe this can bring opportunities and those don’t need to be value accretive to our firm from day one.

Finally, what is your view on the outlook for the asset class in 2022 and beyond?

The asset class has grown very quickly in the last few years, with LPs wanting to allocate more capital to infrastructure. We don’t see that changing. Also, if you look at the infrastructure market potential itself, the plans set out by the Biden administration in the US and by governments in other countries, it is clear there is a huge demand for infrastructure investment, and it is a big element of the recovery plans post-covid. The fact that we continue to deploy capital quickly and in large amounts is a testament to how quickly the market is growing.

Infrastructure has proven to be very resilient as an asset class during covid and that creates good reasons for LPs to continue to invest. We are all expecting higher inflation in the near term, and infrastructure is typically correlated to inflation, which will likely gain even more interest in the sector. The infrastructure asset class remains a fraction of the size of the private equity market and opportunities for growth remain significant.