This article is sponsored by ECP

Doug Kimmelman founded ECP in 2005, spinning out of Goldman Sachs after more than 20 years of power and utilities investment banking. When the sector was deregulated in the 1990s, Kimmelman advised utilities around the country on how to adapt and helped Goldman pioneer an electricity risk management and principal investing business.

The energy transition has now brought another transformation, as investors have shifted their focus to decarbonisation and electrification strategies at the forefront of a sector not long ago dominated by oil and gas investments. Kimmelman and ECP partner Andrew Gilbert consider the prospects for investing in renewables, storage and sustainability.

What role will fossil fuels continue to have in society?

Andrew Gilbert: Recent reliability challenges in Texas and California have underscored the challenges inherent in a renewable energy future. Those two states far and away have the most renewable penetration in North America. Both are over 30 percent, but both have seen recent reliability issues. In Texas there were outages over a couple of summers as well as in February of last year, and in California brownouts have become almost a norm.

That speaks to how renewables can’t quite solve the reliability part of the problem. They’ll be an increasing portion of our generation, but you get to a point where the incremental megawatt of solar or wind isn’t running at the time you need it. In California, we often already have more solar power than we can consume in the early afternoon but we don’t have the storage technology to store this excess power in large quantities for extended periods.

The costs involved are huge, based on current technology. To go from today’s 30 percent or so renewable penetration in California to 50 percent is going to require four times the installed capacity of wind, solar and batteries, and to get to 80 percent it will take another doubling.

Doug Kimmelman: If you look at your electricity bill, the major cost item is the price of natural gas, which is a pass-through as the fuel most used for power generation in this country. Natural gas prices have almost tripled in past few years. So, there is less room in today’s electricity bills for rate increases needed to bring on more renewable and storage projects as well as the thousands of miles of transmission lines needed to bring power from often remote locations to population centres.

The consumer wants decarbonisation, but there are three other factors that are just as important: reliability, affordability and energy security. Europe is living this right now, sending nearly a billion dollars a day to Russia mainly for their natural gas needs. Controlling your own domestic resource has become very important.

Society needs to evaluate all energy sources taking into account all four of these criteria and realise that not any one energy source is perfect. That is why we favour an all-of-the-above strategy. Renewables, storage, natural gas and nuclear each lead the way in providing critical elements to the goal of decarbonisation, reliability, affordability and energy security.

Why has power generation been a more investable part of the energy complex than direct investment in oil and gas?

DK: We have never invested in oil and gas. It is an incredibly volatile commodity from a price perspective and its performance is typically driven by unpredictable external events. It could be weather, regulation, or obviously geopolitical events, which are in the headlines now. We seem to go from boom to bust constantly in oil and gas markets and the trends in ESG and a clean energy future do not bode well for investing in fossil fuels.

Electricity, a key component of the energy complex, is a wholly different product than owning and producing oil and gas reserves. Without electricity, nothing in an economy functions, and therefore it has been much more stable in terms of pricing, while throwing off very significant cashflows.

Electricity is needed by every consumer every day and in expanding quantities as we electrify more of society, especially transportation. Add to that, the societal demand for renewables and storage and you have consumers needing more electricity with a concentration on clean electricity.

AG: ECP was founded on the premise of opportunistic investing in electricity at a time when the whole business was just being deregulated, so we have been owning and operating power plants for over 25 years. Historically, there has been less investing competition in the electricity space versus oil and gas given the complex and nuanced elements of a product that generally can’t be stored, where market rules vary from region to region and where fuel input types also have regional variability.

DK: LPs have grown frustrated with oil and gas investing. Part of it has been the volatility of returns and part of it is that many investors now have an anti-fossil fuel mandate. Much of the capital has moved to electrification and clean energy investments.

Investors new to electricity markets have a lot to learn as it is a complex sector with few private investors having long-dated track records. Continuing trends towards clean energy, storage technologies, carbon capture, renewable fuels and ongoing deregulation are opening up many new areas of investment possibilities. 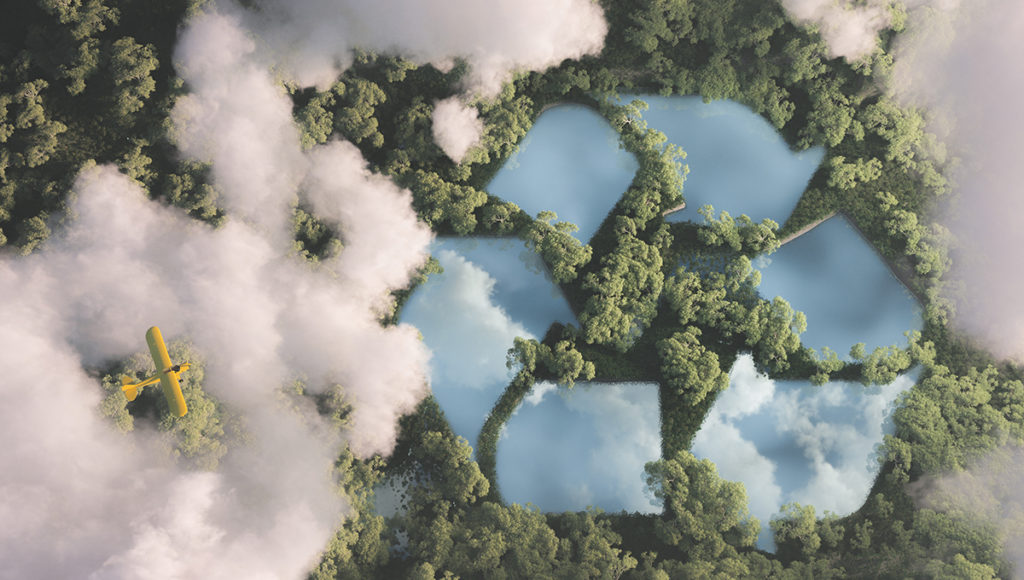 Will environmental clean-up and recycling businesses be a key aspect of the energy transition?

DK: We see a lot of opportunities in these areas of sustainability and beneficial re-use, from just basic products that shouldn’t be going into landfills, like automobile tyres that can be recycled or garbage being burned for electricity instead of decaying in a landfill to turn into methane gas, the most potent greenhouse gas. As the demand for batteries increases so does the need to recycle the materials comprising batteries as well as sustainable practices to procure the metals necessary in optimal battery storage units. We just invested in a company called Restaurant Technologies, taking used cooking oil and turning it into a valuable renewable fuel. The word “recycle” tends to be used for newspapers and plastics, but it is far more than that.

AG: It seems the increased focus on ESG as a broad topic for our industry has almost only meant incentives for renewable electricity generation. However, recycling rates even in basic materials like plastic or paper haven’t moved in 20 years and that is a big and growing problem. Recycling should be happening in so many materials and the US is really lagging Europe in many of these sustainable practices and incentives. We think there should be more attention paid to this, and we are investing around it.

What are the ramifications of the trends towards more electrification of society?

DK: With a decarbonisation mindset, society is calling for more electricity generation as a cleaner approach than the traditional burning of fossil fuels. There is now a spike in demand for electricity that we haven’t seen since the Industrial Revolution. Add to that the huge boom in electricity demand from digital infrastructure, big data centres and cryptocurrency mining.

These are whole new sectors with very sizeable electricity demand. And now we want our buildings and homes to run mostly on electricity, not oil and natural gas. So, the question of can supply meet demand is core to electricity investing and to maintaining sufficient reliability measures across the economy.

If we go back 15 years in the US power generation was sourced about 50 percent from coal, 20 percent nuclear, 20 percent natural gas and maybe 10 percent renewables, largely hydro. Since then, natural gas has gone up dramatically, to 40 percent or more of electricity supply. Renewables are maybe up to now 20 percent of the total. It has been quite a transformation.

Supply is shrinking as coal and nuclear plants shut down while demand is growing; obviously we know what that imbalance means for prices and margins. That makes it a very investable sector. More natural gas fired generation has been a plus to decarbonisation results as natural gas generation has been a cleaner alternative to displaced coal and has provided the much-needed quick start capability to back-up intermittent renewables.

AG: As electricity demand grows, reliability concerns grow as well. This will become an increasing challenge in many regions, especially those with a heavy reliance on fickle wind and solar resources. Eventually, we will see growth in interesting business models surrounding residential and small business consumers integrating charging stations and batteries into their daily supply. Think of an individual home being its own virtual power plant with solar panels, batteries and an electric vehicle set up to store excess electricity at certain hours of the day and use less during the most expensive and supply challenged hours.

Will renewable penetration continue or are there constraints?

DK: There are diminishing returns of adding more renewables until we have technological and cost breakthroughs in storage. It is very aspirational to say that California will be 100 percent renewables, but I don’t think consumers will be willing to withstand the reliability and cost challenges inherent in that until the storage conundrum is solved. More solar at 2pm that can’t be stored does not help keep the lights on when the sun goes down at 5pm.

That said, there are many parts of the country that are still underpenetrated for solar and wind. We are currently building the world’s largest solar and battery storage facility in California, the 1,000MW Edwards Sanborn project, which will extend solar to a 10-12 hour more valuable electricity product.

AG: There is still a lot of low-hanging fruit. California really is the only region that has more renewable power than they can use at certain hours. Comfortably getting to 40 percent renewables across North America is readily achievable.

Providing reliable, dispatchable, renewable generation today means solar and wind plus a lot of batteries. The combined cost of that is significantly more than that of capturing carbon at a gas fired electricity power plant. Currently there is technology today able to capture 85-95 percent of carbon emissions from a gas fired facility so we will see natural gas continue as the energy transition bridge fuel, especially when connected to capture technologies.

AG: The viability is close to economic today. The Build Back Better bill had a 45Q tax credit that was going to increase significantly from today’s level. Something like that is needed to really incentivise more carbon capture projects.

Overall, the climate piece of that legislation is very important for the future of our electricity grid. We are now hearing potential support for incremental natural gas production as a cleaner, reliable, exportable and domestically controlled fuel.

All of a sudden, political support has grown for LNG projects to export our cleaner natural gas to displace coal generation in places like India and China and to give Europe a non-Russia supply alternative. Natural gas as a bridge fuel to a cleaner energy future is top of mind now all over the globe.