There was a time, and it seems long ago now, when digital infrastructure was a peripheral sector – perhaps nice to have some exposure to, but hardly vital. For most investors, the penny dropped long before covid-19 forced the world into lockdown. For those few that had not got the memo, the trend is now inescapable.

That the pandemic has brought challenges, but also opportunities, is the single most important theme to get a handle on right now, but it is not the only one. From the need to update infrastructure to whether technology such as 5G is the right way to go about it, there are issues that predate covid-19 and that the industry can still expect to be grappling with once the novel coronavirus is a memory. 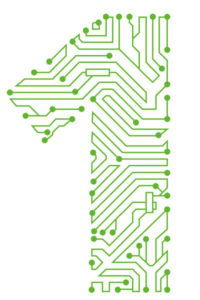 For all that other issues matter, covid-19 has underlined just how important digital infrastructure is in the modern world. The quarantine conditions that the virus has prompted around the globe have made people even more reliant on their mobile phones and streaming services than they already were.

Entertainment options have been expanded by digital infrastructure. However, until relatively recently, remote working would not have been an option for many people. Yet thanks to teleconferencing, cloud storage for documents, digital publishing and myriad other services, employees around the globe have been able to continue working.

“Today, it’s quite clear the countries we are in see fibre connections as an essential and critical infrastructure, to be treated on a par with utilities such as water and electricity,” says Stéphane Ifker, a senior partner at Antin Infrastructure Partners. “It was already somewhat the case, but even more so today.”

“Covid-19 may be seen as a paradigm shift for digital infrastructure,” says James Harraway, transaction managing director, Infracapital. “The realisation that they can function effectively, with employees working remotely, will change how organisations in many sectors work, permanently.”

Prior to the outbreak, only 7 percent of civilian workers in the US had access to a flexible workplace benefit, or teleworking, according to the 2019 National Compensation Survey from the US federal Bureau of Labor Statistics. Global Workplace Analytics expects that number to grow to 25-30 percent of the workforce working from home on multiple days per week within the next two years.

“I believe policymakers – if they have not already done so – will define fixed broadband as a basic necessity, in just the same way other utilities, and basic telephony, were treated in the last century,” says Izzet Guney, managing director, Cube Infrastructure Management. “Hopefully, this means that state aid will push for robust solutions – in other words, fibre-to-the-premises – instead of being technology-neutral as it is today.”

This might well have happened even without the coronavirus, but the resulting quarantine conditions have brought the issue into sharper focus. “While it was already a hot sector for infrastructure managers and investors before covid-19, the appreciation of the importance of digital infrastructure – particularly fast and reliable internet – and the need to deliver improved services, is now acutely obvious,” says Tom Maher, head of business development at Whitehelm Capital. “Longer term, this will translate into more competition for transactions, but also more progress.” 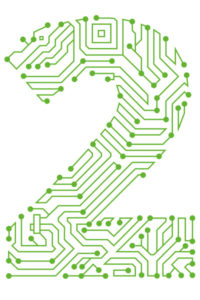 Even before covid-19, the need for investment in digital infrastructure was clear. OECD figures show growth of 50 percent since last year for countries in which high-speed fibre makes up at least half of fixed internet connections – but that is a rise from just six nations to nine. Across 37 countries looked at by the OECD, fibre’s share of total broadband rose from 24 percent in mid-2018 to 27 percent in mid-2019.

“We are currently facing a once-in-a-generation window where a great deal of the digital infrastructure that we all rely on, and that the telecoms industry is built on, needs to be upgraded,” says Simon Soder, partner at Antin Infrastructure Partners. “The huge amount of capital required to make this happen creates opportunities for experienced investors to support this transformation, which ultimately is driven by the end users’ demand for better connectivity.”

Investors have been paying attention. Digital Colony Management held a final close last year for its debut fund at $4.05 billion, having originally targeted $3 billion for investments in network infrastructure across towers, small cells, fibre and data centres. In Q1 of this year, Brookfield’s $20 billion Brookfield Infrastructure Fund IV surpassed its 15 percent target allocation to digital infrastructure, having invested $3.6 billion of the vehicle’s capital in the sub-sector.

Even more opportunities will be opened up by current events. While the world has come to realise how important digital infrastructure is, it has also come to see where it is lacking.
“The crisis has unearthed significant inefficiencies in the system today and has revealed, therefore, the need for extensive additional investment in the fibre network,” says Guney. “The importance of the quality of that network has come to the fore.

“Unfortunately, I don’t think [Europe’s existing infrastructure] is standing up all too well. With voice traffic and streaming volumes going through the roof, we have experienced uploading pressures never seen before.”

Guney argues that cloud-based activities and demand for video-conferencing services have made the old model – whereby networks could focus on downloading capacity – unworkable, and that only fibre-to-the-premises can provide the symmetry of traffic that is needed. Technologies such as coax and XDSL have not been able to adapt to the changes in traffic patterns. 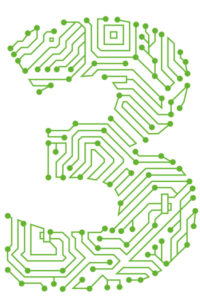 Staying on the cutting edge

“It is worth mentioning edge data centres,” says Soder. “That segment is at an earlier stage of development, but we expect it to grow over time.” These smaller facilities typically connect to a larger central centre, or centres, but are situated as closely as possible to the populations that they serve.

Bruno Candès, partner, InfraVia Capital Partners, says these edge data centres are for “computing that sits at the edge of the networks and requires lower latency capacity, such as online gaming – and these services will require specific data centres”. Investors are only just beginning to understand how they can best take advantage of the opportunities that edge data centres present. However, Candès believes “it is certainly a trend to watch of how you bring data centres and computing capacity closer to its usage”.

Ganzi is vocal in his support for edge computing. Digital Colony firms are seeing increased demand and therefore providing additional infrastructure. “As people increasingly work from home, of course, and as more commerce and education are conducted from the home, workloads are being pushed further away from the urban core,” he says. “That is a major paradigm shift and it is causing networks to become congested.” 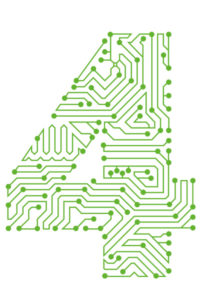 As well as decongesting networks, technological advances are even promising to help the environment. More efficient data usage means less energy is required, but our roads could also become less congested.

“The covid-19 crisis has shown us just how important digital infrastructure is for facilitating remote working and therefore significantly decreasing travel,” says Guney. “That is undoubtedly a positive environmental impact. Increasing connectivity also helps get more people involved in society.”

Certainly, the future world of work promises to look quite different to what we have previously known. If employees are able to work remotely without having to commute into cities, then there are environmental rewards to be reaped.

Energy usage is another significant element. “Data centres consume huge amounts of energy and shareholders have the ability to influence how that energy is sourced,” says Soder. “With Eurofiber’s data centre business, for example, the energy is coming entirely from renewable and green sources.”

5G can also play a role in this by dramatically cutting the electromagnetic emissions of the antennas themselves. Having more antennas and more fibre connected to them will result in shorter distances between devices and the network, so that less power is required for the communications signal.

“Not only will 5G reduce the total amount of electromagnetic emissions, it will also be better for the environment – because less power will be used at each antenna site – and will create a better user experience and more reliable networks in the future,” says Ganzi. 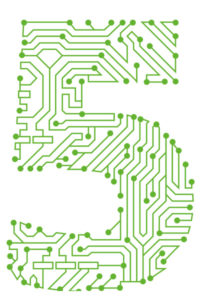 Those environmental benefits are on top of the improved speed and reliability of device communications that 5G promises. However, not everyone is convinced that 5G will be as transformative as is being promised.

“I have never been a huge proponent of 5G – maybe because I have lived through all the 3G hype,” says Guney. “Of course, the current situation has highlighted the need to keep people and objects connected. The trouble is that 5G is extremely expensive.

“5G may have a place in the densest areas – downtown Paris or London – but it isn’t going to have a role to play in rural or even semi-dense areas.

“So many more towers would need to be built. Fibre would then need to connect those towers to the backbone and to the cells. It would be prohibitively costly.”

However, Ganzi is far more bullish. He believes 5G can be the catalyst for the “internet of everything”.

“Today, there are around 2 trillion devices that are on networks globally,” he says. “Over the next five years, we see that market growing to 7 trillion devices. That is a significant step up in terms of usage and in terms of demands on mobile infrastructure.

“What is also critical to carriers and to customers in a 5G world is this notion of latency – the speed at which a signal transmits from a device to the antenna, and then to the switch, or data centre, where the application resides. Increasing that speed and reliability is paramount.”