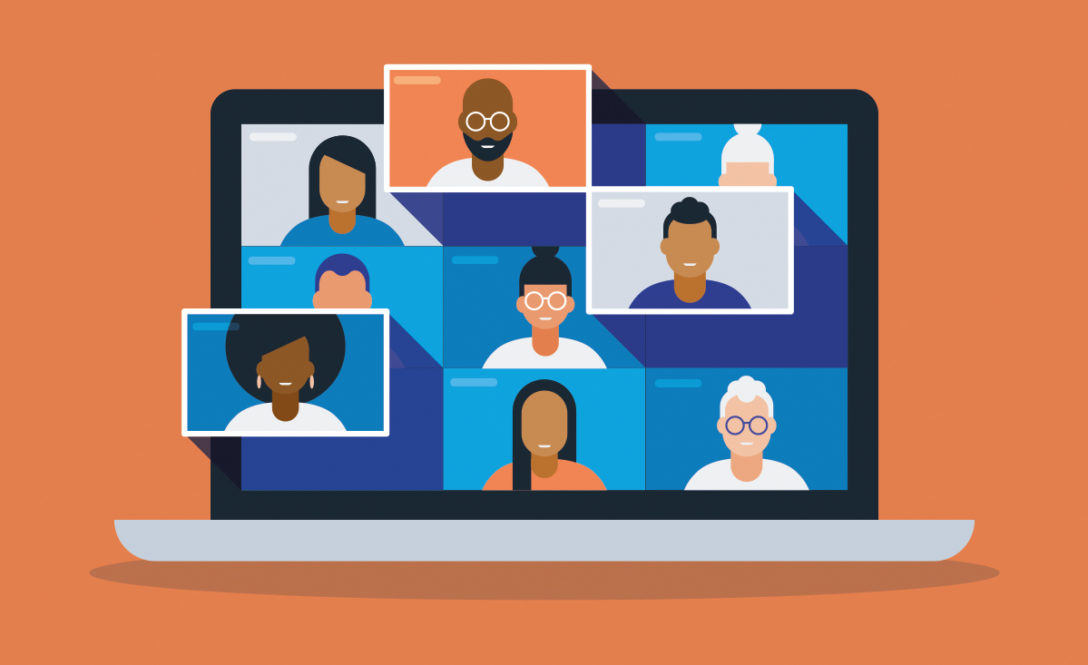 Few aspects of infrastructure investing have been as thoroughly disrupted by covid as fundraising. Handing over millions – even billions – of dollars to be placed in a blind pool for a decade or more, is a nerve-wracking business, and few will contemplate the move without looking into the whites of a manager’s eyes.

“In the early days of lockdown, everyone was surprised by just how much could be done through video conferencing, particularly where people had already made the in-principle commercial decision to commit and were just carrying out confirmatory due diligence,” says James Wardlaw, vice-chairman at Campbell Lutyens. “But, as time progresses, it is clear that the bit that is missing is relationship building, which can only really be done face-to-face. No one wants to be in the situation where something goes wrong a few years down the line, and your chair of trustees turns round and says: ‘Did you seriously never even meet with these people?’”

This trepidation is more marked in some regions than others. US investors are significantly more comfortable making remote commitments than Japanese or Korean investors, for example. But wherever you are, as the crisis drags on, it is clear the very nature of fundraising is changing and may never entirely  revert to what it was.

“As someone who has spent a lot of my career travelling around the world, doing face-to-face meetings and pitches in person, covid has caused me to change gears quite significantly,” says Adam Lygoe, head of Macquarie Asset Management’s client services group in EMEA.

“GPs and LPs have to revisit what is ‘normal’ and focus on what could be considered the ‘new normal’,” adds Francesca Lloyd, managing director at First Avenue Partners. “While a face-to-face meeting and building rapport over multiple events creates familiarity and comfort, a different type of relationship is now being formed.”

Of course, in many ways, covid has only accelerated trends that were already underway. Technology has been increasingly used to reduce heavily polluting international travel, for example. “Flying in and out of a city for a one-hour pitch is something you might have done a decade ago but, in the future, will occur much less frequently,” says Lygoe

There are some advantages too. GPs and LPs have more time for detailed discussion when they are not commuting or rushing between offices and meeting rooms. “GPs can quickly screen share a model for a deep dive conversation and link-in numerous investment professionals to discuss opportunities in detail, bridging time zones and geographies,” says Lloyd.

The virtual hosting of AGMs has also reached a much larger cohort than ever before, with junior members within LP teams getting exposure for the first time and GP deal team members based outside of headquarters getting airtime. It seems certain that all AGMs will retain a virtual component to allow for this more inclusive culture.

Developing and maintaining relationships virtually can also pose a number of questions, however, many of which had never been seriously considered when a global pandemic remained the exclusive domain of disaster recovery experts. Do I have the right technology? How strong is my internet connection? Who will answer what question in a virtual meeting? Clearly you cannot get a sense of the body language around the table, so more preparation often needs to go into getting virtual pitches right compared with traditional in-person meetings.

Fundraising by Zoom is also fundamentally changing who the winners and losers are likely to be. Prior to the pandemic, there was already seeing an increased concentration on the high-profile, big brands that no investment committee could balk at. “Covid is only exacerbating that trend,” says Wardlaw. “That is likely to continue for the foreseeable future, at least until we get a vaccine. First-time managers, or any strategy that requires a bit of storytelling, will be adversely affected by a lack of in-person meetings. Those kinds of managers are going to find the market tough.”

Lloyd agrees. “This has been particularly frustrating for GPs that had just launched or held a first closing, stalling the natural momentum of a fundraise,” she says. “GPs, and placement agents, have had to take a step back from selling and refocus on providing market insights while some LPs recalibrate, fostering longer-term relationships and trust.”

Furthermore, fundraising is likely to become more localised as travel restrictions favour domestic strategies. Currency movements, which can have a major impact on returns, will also accentuate this migration to home markets.

Covid has played havoc with the natural progression of the fundraising process as well. Traditionally, once a certain level of buy-in has been reached, an institutional investor will dedicate the time to travel for half a day of on site due diligence. “If this goes well, you can walk out of that meeting, at least two thirds confident that a commitment will be forthcoming,” explains Wardlaw. “That has now changed completely. If all it costs the investor is a two-hour Zoom call, the process can just drag on and on. What’s the follow up? Is it another Zoom call? The sequencing has fundamentally changed.”

Questions have also been raised about whether remote fund due diligence will prioritise data analytics at the expense of character judgement, and whether some rebalancing would in fact be a good thing. Lloyd believes LPs will process more data before reaching a conclusion, due to a combination of being more desk-bound and covid resulting in less stable short-term portfolio outlooks.

“With each economic downturn or negative performance shock, more processes and checks are added to the due diligence check list. GPs are likely to experience increased scrutiny on certain datasets including stress testing, sensitivity analysis, return attribution, merchant risk exposure, off-taker solvency and leverage,” she explains. “That said, we believe the gut feeling about the trustworthiness and character of a GP will continue to impact an LP’s decision to invest. Private infrastructure is a tangible asset class with a large human component – it is arguably the most human of the alternatives given the scale and operational factors that need to be considered. Character assessment will remain paramount when signing that subscription document. One bad reference call can derail a commitment – this will not change.”

Indeed, many believe that, if any thing, a qualitative assessment of a team’s ability to succeed in the future is more important today than ever before.

“The problem with data is that it can only ever be backward looking. It can’t tell you whether those returns will be replicated in this environment,” says Wardlaw. “That actually has less to do with covid and more to do with interest rates. The reality is that many managers will be unable to match their historical performance in a protracted low interest rate environment.”

Lygoe agrees data can only tell you some of the story. “This is a business built on relationships and trust,” he says. Thus, instead, market participants are refining how they can build that relationship and trust without physically meeting.

“We are seeing GPs shift their fundraising budgets; allocating generous amounts to packaging and diligence which were previously reserved for travel and entertainment,” says Lloyd. “Video footage of portfolio assets is being created to complement interviews with portfolio company personnel; arguably giving investors a deeper and more efficient insight to those assets than a typical, rushed site visit could provide.”

Despite fresh waves of restrictions being imposed in many parts of the world this winter, Wardlaw remains confident that investor appetite for infrastructure will stay strong. Inevitably, digital infrastructure, in particular, is attracting increasing attention, with a growing number of specialist vehicles alongside rising interest from generalists. Valuations, however, are sizzling. “There is some of the feel of the dotcom boom about it,” Wardlaw warns. Meanwhile, the double whammy of covid and an oil price hit is likely to accelerate the shift of capital into the decarbonisation space, supported by a pervasive ‘build back greener’ philosophy.

In terms of risk profile, opinions are divided. Wardlaw believes investors will feel more comfortable at the lower risk, lower return end of the spectrum, compared to value-add, which has dominated the fundraising scales for the past five years. Lloyd, however, says it is reasonable to believe LPs may put even more focus on control strategies with value-add capabilities.

“The downside protection element of these portfolios is being truly tested and the amount of alpha that assets can now generate is largely dependent on the asset management going forward,” she says. “Those teams that can demonstrate true alpha and resiliency post-covid will be the real winners in the next round of fundraising.”

As with any downturn, GPs will also be on the lookout for recapitalisation and restructuring opportunities, and more capital may be deployed in those areas, potentially being temporarily diverted away from greenfield investments.

Fundamentally, though, infrastructure is proving a safe harbour in turbulent times. “The pandemic is so far proving out the thesis,” says Jessica Kennedy, director at Northleaf Capital Partners. “These resilient, contracted investments are generally uncorrelated to economic activity and perform well under a variety of market environments. We expect the stability in revenue and performance to drive investor interest, especially from investors that need to hit minimum return hurdles regardless of broader market performance, such as pension funds and insurance companies.”

“Infrastructure has continued to do what it says on the tin,” Wardlaw adds. “Yes, there have been significant underperformers, such as airports, but there have also been outperformers. Net net, most infrastructure portfolios are flat, year to date. If you were a CIO looking at how to allocate funds in 2021, I think you would be pretty well disposed towards infrastructure when comparing it to real estate, where office space and retail have been decimated, or even private equity, which has displayed some volatility. And, of course, fixed income will continue to yield nothing while central banks keep interest rates down.”