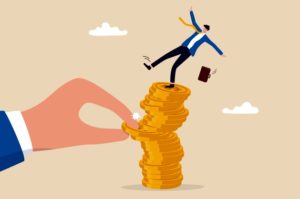 Everyone loves a good story, and the investment world is no exception.

For example, how many times have you sat next to a GP and heard about the importance of sticking to your story? Stick to your story, so the story goes, and LPs will be more forgiving if things don’t go according to plan. Drift away from it, however, and you will get very little in the way of understanding if things go wrong.

For better or worse, one of the main narratives around infrastructure over the past decade went something like this: in our former lower-for-longer environment, investors were unable to get yield via traditional fixed income investments. Infrastructure – with its low-risk profile and stable, long-term cashflows – was the perfect alternative. Come for the yield, stay for the diversification, investors around the world were told.

And it worked, although, for obvious reasons, it’s not quite the calling card it used to be. Good thing infrastructure isn’t a one-trick pony, then, with a new narrative duly emerging. We’re talking, of course, about the asset class’s inflation-hedging abilities. Not particularly useful in the past decade, they have now been dusted off and positioned as a key selling point in our high inflationary environment.

Like all the best stories, it’s got a solid grounding in fact. But will it prove good enough to keep capital flowing at the record levels the industry has grown accustomed to?

If you want a taste of how quickly things may be changing, take a look at bfinance’s recent snap poll of UK investors, carried out on 18-19 October. When it conducted its last poll in early to mid-September, more than 50 percent of UK investors intended to increase their exposure to unlisted infrastructure over the next 18 months. A month later – in the aftermath of the former UK government’s disastrous ‘mini-budget’ and its impact on interest rates and gilt yields – just under 40 percent of those investors planned to grow their exposure to the asset class. More importantly, while less than 5 percent of investors thought of decreasing their exposure to the asset class in September, that number had grown to just over 20 percent come October.

The change in sentiment is part of a wider cooling off towards private markets, particularly evident when the survey zooms in on corporate pension plans, with a whopping 80 percent intending to cut their private markets exposure and 60 percent planning to increase their fixed-income investments.

It’s not entirely surprising – given market volatility and lagging private markets valuations – to see some investors thinking of retreating to the relative safety of fixed income. ‘Relative’ is the key word here, of course, given the soul-searching prompted by the UK’s ‘mini-budget’, with more than one investor telling us they no longer know what risk-free means these days.

This has implications for infrastructure, and beyond. After all, if risk-free isn’t risk-free anymore, how do we think about – and price – the asset class?

A snapshot of investor sentiment at a particularly volatile moment in time is just that. But there is no room for complacency: infrastructure investing will become harder, costlier debt will lose its edge as a return-enhancer and not all infrastructure assets will withstand inflation equally.

What’s more, if sentiment towards private markets does worsen, we would not be surprised if the band of attractive infrastructure strategies narrows, with LPs favouring thematic commitments to the likes of the energy transition – already a clear fundraising favourite – over generalist offerings.

This is a good time, then, to spread the infrastructure story to different audiences. That is already happening, whether it’s KKR’s “democratised infrastructure and PE strategies” or Global Infrastructure Partners creating an internal position focused solely on family offices. Expect more of that in the years to come.

“The times they are a-changin’”, Bob Dylan famously sang. A less-quoted part of that legendary song? “You better start swimmin’ … Or you’ll sink like a stone”.

Have you sent us your submission for our 2022 global awards? You have until 22 November to do so, so don’t miss your chance!