The assets are a combination of toll and availability payment-based projects held by IL&FS Transportation Networks Limited, its transportation division, and are spread across 12 Indian states, granting a “strategic presence across high-industrial-growth corridors,” according to documents posted on the IL&FS website.

The average residual concession period for all assets stands at 15 years, according to the documents.

IL&FS, one of the largest infrastructure development and financing conglomerates in India, announced last August it had more than $2.1 billion “stuck in claims and termination payments”, and subsequently defaulted on several debt payments.

The Indian government appointed a new board for the group in early October, tasked with drafting and implementing a resolution plan for the company.

A spokesman for IL&FS declined to comment on the value of the assets, when the sale is expected to close, or whether any of the assets in the portfolio were affected by delayed availability payments.

The firm is also putting on the block two EPC and O&M businesses and the Karyavattom Sports Facility, designed to host cricket and football events.

The stadium operator stands to receive 2.4 billion Indian Rupees ($34.3 million; €30 million) in “unequal annuities”, and is entitled “to collect the user fee generated from the usage of the sports complex,” IL&FS said.

Interested firms have the option to bid on the entire portfolio or a combination of individual assets until 8 January.

IL&FS will accept expressions of interest from private equity investors with a minimum of 12 billion Indian Rupees of assets under management available to deploy in India.

The firm announced in early December the sale of its renewables energy portfolio, which includes operational wind and solar assets with a combined capacity of 973.5MW. 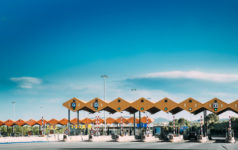