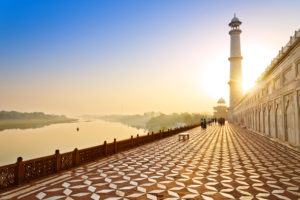 The Indian government will put a new bundle of toll roads on the block this June, as it aims to restart its highway monetisation programme after a failed auction in December, Infrastructure Investor has confirmed.

The National Highway Authority of India will call for bids for a 30-year concession of nine toll roads with a total length of 560 kilometres, valued at 50 billion rupees ($717.2 million; €643.9 million), a government agency source told Infrastructure Investor.

The auction will include three roads in the state of Uttar Pradesh, four in Tamil Nadu, one in Bihar and one in Jharkhand, the source said, adding that the winning bid will be announced at the end of September.

“The stretches [being] auctioned have high traffic and are easier to maintain [than those from the previous bundle], as they are made of flexible pavement instead of concrete,” the official said.

A previous auction of toll roads launched in September was shelved after the bids received failed to fetch the minimum price – $766 million – the government was hoping for. The highest bid of $650 million, which comprised eight highways totalling roughly 587 kilometres came from Cube Highways, an India-focused road operator created by I Squared Capital and the International Finance Corporation.

At the time, the same source from NHAI said the inclusion in the bundle of roads with low traffic and in states not attractive for investors hampered market interest.

After publishing its invitation for bids, the NHAI will start a roadshow to promote the new bundle among local and international investors that participated in previous auctions, such as Brookfield and Macquarie Infrastructure and Real Assets, Infrastructure Investor has learned.

The NHAI is aiming to raise $20 billion through its toll-operate-transfer concession model, to construct 66,000 kilometres of new national highways.

The first bundle of nine toll roads was awarded to MIRA in March 2018, after the firm offered $1.49 billion dollars for the assets, a price 50 percent higher than NHAI’s original target.

The monetisation programme has been part of the government’s effort to bolster infrastructure spending in the country. Prime Minister Narendra Modi’s party, BJP, was re-elected earlier this month for another five-year term, after it promised to invest $1.44 trillion in infrastructure.