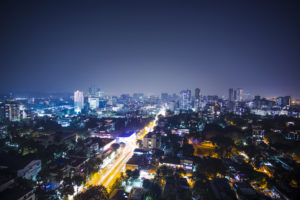 India’s corporate ratings agency ICRA has called on the National Highways Authority of India to speed up the privatisation of assets and revise the build-operate-transfer model for the construction of new roads, as highly indebted developers might not accept the current risk allocation.

The report, published last week, arrived a few days after local media reported that the office of the prime minister, Narendra Modi, wrote to the Ministry of Road Transport and Highways criticising the NHAI for being “totally logjammed by an unplanned and excessive expansion”.

“Road infrastructure has become financially unviable; private investors and construction companies are withdrawing from greenfield projects,” Modi said in the letter, according to India’s Livemint website. The prime minister proposed an aggressive monetisation of assets through both toll-operate-transfer auctions and the use of infrastructure investment trusts.

Neither the prime minister’s office nor the transport ministry replied to a request for comment. A spokesman for the NHAI declined to comment.

Rajeshwar Burla, vice-president and associate head of corporate ratings at ICRA, told Infrastructure Investor that the monetisation of assets has been delayed by the auction of a second bundle of eight toll roads last year. The package of nine roads failed to fetch the minimum price expected by the NHAI and was finally shelved in March.

In June, the agency launched the tender of a new bundle of five toll roads. The winning bid is expected to be announced by the end of September.

Burla also suggested that the NHAI should move towards a new BOT model for toll roads in which the agency assumes the funding of at least 40 percent of the projects.

“In the past, a significant number of BOT road projects witnessed delays in execution, because of delays in handing over the requisite right of ways. Developers suffered due to resource idling, cost and time overruns, and many of these ended up in dispute,” he said.

The new model would be similar to the current BOT Hybrid-Annuity Model, in which the public sector assumes up to 40 percent of the financing, therefore requiring a smaller equity investment upfront from developers.

A new arrangement, which also included provisions to protect developers from lower-than-expected traffic performance, could lure Indian private developers back to the sector, Burla said. “However, foreign investors are interested in projects with no execution risks and with at least four to five years of operational track record and are not expected to invest directly in greenfield projects,” he added.

According to ICRA’s report, NHAI’s debt amounted to 1.7 trillion Indian rupees ($24.7 billion; €22.6 billion) as at the end of March. During the fiscal year 2018-19, which began in April 2018, the agency awarded 2,222 kilometres of road projects to developers, a steep decline from the 7,397 kilometres awarded during the previous fiscal year.