This article is sponsored by Clifford Chance

Q What changes have there been over the past decade, in terms of who owns and invests in our critical infrastructure? 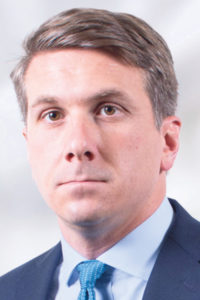 Toby Parkinson: The market has both broadened and deepened over the last decade. This has resulted in a more refined segmentation of the market beyond core and value-add, and a marked increase in the number of strategies and structures through which investors can access the infrastructure market. In terms of capital flows, we have seen an increasing number of direct institutional investors deploying capital and resources in the sector, with the Dutch and Nordic pension funds now a permanent fixture of the market in Europe alongside the Australians and Canadians. We have also seen a number of ex-PPP/PFI funds become increasingly active at the core end of the brownfield market, in part as a result of the change in approach to public-private partnerships, at least in the UK, but also as returns have compressed.

The main facilitator has been the number of ways in which investors can now access the market and infrastructure returns – with a rapid growth in co-investment structures, managed accounts, local aggregators and collaborative peer-to-peer partnerships, such as the Pensions Infrastructure Platform (in the UK) and Global Strategic Investment Alliance (managed by OMERS Infrastructure). These structures have all been driven by investor demand for the asset class. 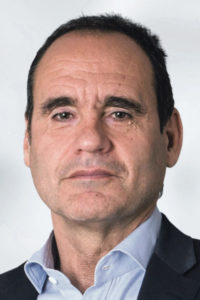 Javier Amantegui: In recent years, infrastructure has become similar to private equity in terms of the types of assets targeted, the number of years assets are being held and the nature of investors’ involvement with the assets while they own them. Traditionally, infrastructure investors have targeted mature, brownfield assets which required limited asset management, but many investors are becoming increasingly hands-on and active asset managers. This has become increasingly necessary as investors and managers move up the risk-return spectrum, but we have also seen this become increasingly the case at the core end of the spectrum. 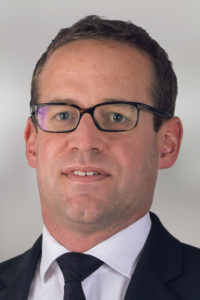 James Boswell: From a debt perspective, the biggest change has been the thriving institutional debt market we see today. Infrastructure debt funds, but also direct pension funds and insurance companies, are looking to provide long-term debt financing both at an investment-grade, senior level, as well as at a junior/holdco level. In addition, a number of infrastructure issuers have also tapped the US private placement market. Those sources of capital simply weren’t there 10 years ago.

Q Take us back 10 years to the aftermath of the financial crisis. How has the macroeconomic backdrop impacted ownership?

TP: Infrastructure was already gaining a foothold in asset allocations of institutional investors in the years before the crisis. However, a number of macro factors, both social and economic, have accelerated that trend in the intervening period. In particular, the continued low interest rate environment, the ongoing focus on clean energy and other energy efficiency solutions, the need for governments and major corporates to reduce debt and focus on expenditure and the rise of impactful investing as part of a growing ESG agenda. The impact has been pronounced with over $2 trillion estimated to have been invested in infrastructure globally since 2010.

Q What impact have pension funds and other non-traditional investors had on the asset class?

TP: The pension, sovereign and super funds have clearly helped the asset class mature globally over the last decade. However, I would argue that they have also helped the market to continue to evolve. Historically, we have seen these types of large institutional investors acting in consortia taking relatively passive minority positions at the core end of the market, but, as Javier says, there has been a shift in approach recently with these investors now looking to take majority controlling interests or partnering with strategics, as well as a more active approach to asset management. We have also seen these investors strategically rotating capital and exiting assets sooner than perhaps the market expected. That in turn has created liquidity for other new investors with a lower cost of capital.

Q Infrastructure debt funds are a relatively new arrival. How have they shaken up the industry?

JB: It’s not an exaggeration to say that sponsors are looking to test the institutional market, alongside banks, in just about every acquisition and refinancing process today, at a senior and junior/holdco level. Sometimes that results in those lenders being part of the debt structure on day one. But even where that’s not the case, it’s important to go through the exercise of testing the market, firstly to work out what other bidders might be able to access and secondly to form a view in terms of refinancing or future re-leveraging capacity.

Q Are there new infrastructure investors waiting in the wings?

TP: New investors and sources of capital are entering the market in Europe all the time as underlying investors increase their allocations to infrastructure. We are seeing an increasing presence of first-level aggregators and underwriters that are allowing smaller investors to access the market outside of typical fund structures. The likes of Pantheon and StepStone are playing an important role in terms of capital flows out of Japan, while a number of Korean investment banks are helping smaller Korean LPs invest into Europe.

Q What does this mean for competitive dynamics?

TP: There continues to be a strong pipeline of deals across Europe. In the UK there has been a relative slowdown in activity as a result of political and regulatory headwinds, including Brexit and the ongoing re-nationalisation debate. In my view, this will be a relatively short-term hiatus in part because of where we are in the cycle with investors still looking to exit, but also because the underlying fundamentals of investing in the UK remain unchanged, including the involvement of private capital in infrastructure.

Q How globalised is infrastructure investment now? What impact could protectionist policies have?

JA: Infrastructure has become truly global and, as competition grows in OECD countries, we are seeing investors move into emerging economies such as Latin America, the Middle East, Asia and even parts of Africa.

TP: There is clearly an increased focus globally on foreign investment controls, which will create greater risks for certain transactions and certain investors. We have seen this in the UK with the proposals to reform the government’s approach to the ownership and control of critical infrastructure.

It is worth noting that these reforms focus on ‘ownership’ of critical infrastructure generally and not only ‘foreign’ ownership, so all investors will need to consider this. We have not yet seen what the overall impact will be and only time will tell. It is clearly critical for governments to balance scrutinising national security implications with the importance of encouraging investment at this time.

Q Do you think a severe downturn could see some of the newer infrastructure investors flee the asset class?

TP: Because of the defensive nature of the asset class, investors tend to take a long-term view and it is less impacted by cycles than other asset classes. So, I do not think we will see an immediate outflow of capital from the sector, particularly in the super-core and core parts of market where the focus is on yield and not necessarily transitional capital. If anything, there are heightened levels of activity in certain sub-sectors, such as digital infrastructure and energy transition.

JB: The resilience of the asset class will be tested in a downturn, particularly at the core-plus and core-plus-plus fringes. Further, workout dynamics will be different to previous downturns, at least in structures where a large portion of the term debt is held by institutional investors.

Secondaries have long been a feature of the private equity market, driven by the sheer number and vintage of funds in the asset class.

Infrastructure, meanwhile, is still a relatively nascent industry, according to Clifford Chance’s Toby Parkinson. “Only now are we seeing first and second funds coming to the end of their lives and with that GPs and LPs looking at amend and extend and secondary transactions,” says Parkinson. “The growth in secondaries is driven by certain investors seeking liquidity and other investors that want to stay invested for longer in a mature asset or portfolio providing attractive returns. It is this mismatch that is creating the market for these types of transactions”.

There are still relatively few dedicated secondaries funds operating in infrastructure with Parkinson commenting that “most buyers in infrastructure secondaries are existing LPs in funds, not the secondaries players, although secondaries specialists are starting to look at the sector if they can get the returns to work”. Parkinson expects to see more as deal activity grows. “We are seeing both fund portfolio acquisitions as well as single asset transactions. I definitely think the market is only going to get larger and more sophisticated.”