This article is sponsored by InfraVia Capital Partners

How did the fibre-to-the-home journey begin in France and how has deployment fared so far?

Olivier Raugel: The earliest stages of France’s fibre-to-the-home journey began back in 2009 in a rather ad hoc manner. Then regulations started to be put in place from 2010 to try and bring some organisation to the roll-out. This culminated in the ‘Plan France Très Haut Débit’; this ambitious initiative, implemented in 2013, was designed to achieve 100 percent coverage with 30Mbps or more by 2022, with fibre extended to subscribers throughout the country by 2025.

Augustin Schneider-Maunoury: It has been a massive, organised and coordinated industrial effort, involving around 30,000 people on the ground and €20 billion of investment from the state and private providers. It was a truly vast undertaking that only began a decade ago and which should be complete in the next couple of years, which is an incredible achievement.

OR: Historically, there are not so many examples of a political and industrial endeavour of such magnitude to provide a new communication infrastructure to the entire country. One of them could be the roll-out of the railway network at the end of the 19th century. It also started with a strong political vision that would see a railway station in every county or district city. Anecdotally, the first railway station was already being decommissioned when the last was commissioned, showing that demand did not follow an overly ambitious plan. The fibre roll-out, by comparison, is really being matched by demand. As fibre is laid in the ground, it is finding customers. Adoption is a great success.

Why do you think France has been so successful in this, and how do you measure that success?

OR: The true measure of the success of a fibre roll-out lies in the scope of deployment and numbers of subscribers. Back in 2010 and 2011, there were just one million homes connected. Today, there are 30 million connectable homes and 14 million subscribers in the cities, in the country or in the mountains. So, the growth has been quite remarkable. All telecoms operators are now focused on fibre and there are more subscribers to fibre than there are to copper. The fibre roll-out is an industrial success as well as a commercial success, and we don’t see that slowing down.

ASM: This is also an ESG success. From an environmental standpoint, the regulator ARCEP indicates that fibre networks consume three times less energy than ADSL and 10 times less than 4/5G. From a social standpoint, the choice of deploying FTTH across 100 percent of the territory was a strong political decision to bridge the digital gap between large cities and less dense areas, and ensure equal access to information and communication no matter where you live. This contributes to the attractiveness of rural areas, local economies and nowadays the ability to work from home and commute less.

From an industrial policy perspective, it was one thing to back FTTH over other technologies, but it was another to choose to deploy FTTH across 100 percent of the territory and not just in dense areas where it is most economical. The commitment to this 100 percent really stemmed from this social ambition to fight the digital gap, and the whole country is now reaping the benefits.

OR: Compared with other countries in Europe, France is clearly leading the pack in terms of connecting more premises than anywhere else. That is all thanks to unanimous political support and proactive regulation, as well as an influx of both public and private capital. Private capital came early in the journey, primarily from telecom operators but also from financial players.

ASM: InfraVia has been an early investor in fibre, for example with an investment that we made right back in 2012 in an infrastructure wholesale and open-access telecoms operator in the Drôme and Ardèche regions called ADTiM.

How is technology being used to facilitate this rapid roll-out?

OR: It might sound obvious, but the most important aspect of deploying a network is ensuring that that network can be connected to people. Otherwise, it is a waste of time and money for all concerned. There are two primary components to making that happen.

First, you have to physically lay the lines, taking the fibre right into people’s homes so that the service providers can connect the residents to the internet. Then you need to identify which piece of fibre – this tiny piece of technology that’s the width of a piece of hair – is actually being connected, amongst the more than 40 million other pieces of fibre, and to which address. And for that, you need a system that is very specific in terms of identifying the relevant building. This is where the IT part of FTTH comes into play. You need an interconnection system to match the right customer with the right piece of fibre.

ASM: That may sound simple. But the legacy of telecoms infrastructure means that it is not. There are about 100 different networks, built by multiple infrastructure operators, each speaking their own specific language, making it complicated and time-consuming to do the right connection. This high fragmentation is the main issue. Interconnection processes are also still very manual, with information often shared through emails or exchange of files.

If we add to that the huge volume and the strict cybersecurity and quality requirements, the IT situation is becoming highly problematic. Paradoxically, FTTH is extremely fast and efficient from a telecoms perspective, but it is still quite slow and old-fashioned from an IT perspective. This is why, next to the FTTH network roll-out that we all see happening on the ground, there is an unseen challenge to build a new IT architecture more aligned with the efficiency standards of fibre.

How is IFT helping to resolve some of these challenges?

OR: Since the IT landscape is so fragmented and no one is speaking the same language, IFT has developed an interconnection system that speaks the language of everyone. IFT is like Deepl or GoogleTranslate in the French FTTH world – that’s our first innovation. The second innovation is to replace old-fashioned file transfers with an API-based webservice, which allows us to handle massive volume in a very reliable way, in real time, with KPIs monitored in real time. IFT’s role is helping its clients connect to those different operators as quickly, efficiently and securely as possible and we have built a platform that enables us to do that.

ASM: This IT platform is a great achievement in itself; it is unique in France. What is also impressive is that it was developed internally almost from scratch, in the middle of the first covid-19 lockdown, while IFT as a company was only a few months old.

What value is this additional layer of technology bringing to France’s FTTH roll-out?

OR: IFT helps make fibre-to-the-home economically accessible for a number of operators that otherwise simply wouldn’t have the resources to be able to access multiple suppliers. You have to remember that the legacy copper network involved just one incumbent supplier, while fibre involves more than 90 different suppliers. And operators have to be able to connect to each of these different networks, all of which speak a different language, which is a highly complex undertaking, particularly for a smaller company. We make it faster and more economically viable.

What are the next steps for the company? Are there further innovations on
the cards?

OR: The first step was to create a platform that spoke all these different languages. The next step is to create a whole new language that can be used by everyone. This is where IFT is working within the fibre ecosystem in France, alongside all the other stakeholders, to create a common language, which we believe will enable the industry to become more efficient in the years ahead. 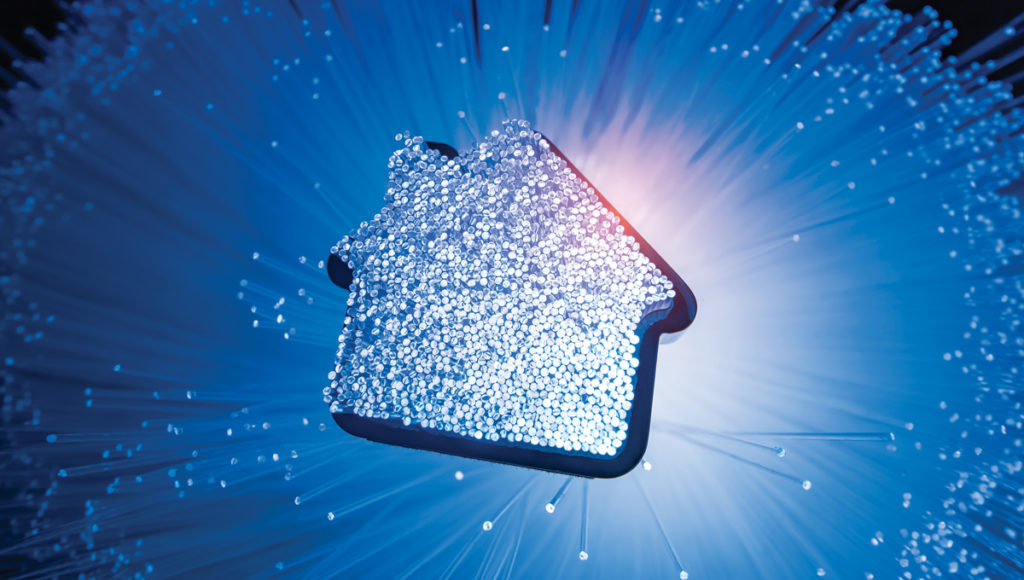 What made IFT an exciting investment proposition for InfraVia?

ASM: InfraVia has been active in the fibre space for the past 10 years through our investment in ADTiM for instance. We decided to invest in the sector once again, two years ago, because we saw that IFT was occupying an entirely new position in the fibre value chain – basically sitting in between the commercial operators and the infrastructure operators. It was bringing something genuinely innovative to the industry.

So, we believed in the company. We also see continued momentum in the wider market. The first stage of deployment has been a great success and adoption is strong. In addition, the sector has displayed real resilience. Covid had no meaningful impact on the physical roll-out and, of course, adoption of fibre was reinforced by the challenges of lockdowns. As we now head into a different macroeconomic environment, characterised by high inflation, we are also reassured that assets like IFT are well protected.

In short, we are thrilled to have identified a new type of player in the fibre landscape when we did, and over the past two years the IFT management team has worked hard to make this exciting project a reality, developing something that is really helping to transform the space. This is exactly the type of investment that InfraVia likes to make.