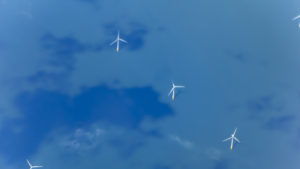 Many of the areas targeted by the Japanese government for offshore wind auctions are already being surveyed by local firms, analysts have told Infrastructure Investor.

Last week, Japan’s Ministry of Land, Infrastructure, Transport and Tourism and the Ministry of Economy, Trade and Industry issued a statement listing 11 regions that will be considered for capacity auctions.

“Based on our analysis of publicly available data, 13 out of the 15 EIAs [environmental impact assessments] currently being pursued by developers are located in the government-designated areas,” said Hajime Kanagawa, founding partner of Kanagawa International Law Office.

Among the 11 designated zones, four of them were “promising” and at an “advanced preparatory stage”, according to the statement.

The government will aim to officially designate the areas as offshore wind promotion zones and start the auction process after conducting a geological and weather survey and establishing a council with all the relevant stakeholders, Infrastructure Investor understands.

A spokesman for the Ports and Harbours Bureau, Horikawa Maeda, declined to provide a specific timeframe.

The areas at a more advanced stage are in the waters near Yurihonjo and Noshiro, in Akita prefecture; off the city of Choshi, in Chiba prefecture; and off the island of Goto, in Nagasaki prefecture.

According to data provided by Kanagawa, construction company Obayashi , Renova and Japan Wind Development have launched EIAs for the designated areas in the Akita prefecture.

A spokeswoman from Orix declined to comment, while Renova and Japan Wind Development did not reply to a request for comment.

Maeda stressed the selection process was conducted with the prefecture governments, and did not involve private firms.

Japan’s nascent offshore wind market is one of the most promising opportunities for renewables in the APAC region, with the government aiming to develop at least 10GW of wind capacity by 2030, much of it through offshore.

Foreign developers such as Orsted, Equinor, wpd and CIP have already established offices in the country, to participate in the development of the industry.

Kanagawa said that the process to choose favourable areas for offhshore wind projects was especially important for the government, after “some chaos” was experienced during the development of solar projects.

Developers rushed into the country when the government created an FiT scheme in 2012, aiming to develop the renewables sector after the 2011 Fukushima nuclear plant disaster. Despite this, many of the projects approved under the scheme were never realised by the investors.