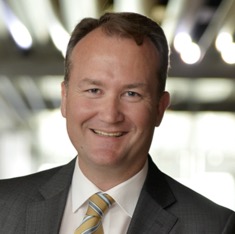 Leigh Harrison has become the new global head of Macquarie Infrastructure and Real Assets. Harrison, who joined Macquarie in 2002, will be overseeing MIRA’s infrastructure, renewables, agriculture and impact activities globally, in addition to leading MIRA’s EMEA operations, his current role.

David Fass and Frank Kwok will continue in their roles as MIRA’s heads of Americas and Asia-Pacific, respectively.

Harrison’s promotion comes as part of a reshuffle of top executives at Macquarie that will see Martin Stanley, group head of Macquarie Asset Management, step down from MAM and Macquarie’s executive committee, of which he’d been a member for the past two years, effective 1 April. The 16-year Macquarie veteran will become chairman of MAM and will continue to be on the investment committee of several MIRA regional infrastructure funds. He will also still serve as chairman of the board of directors of the New-York listed Macquarie Infrastructure Corporation. Stanley was MIRA’s global head, the role now occupied by Harrison, from 2010 to 2018.

In his new role, Harrison will be responsible for leading a division with A$137 billion ($105.8 billion; €76.7 billion) of EUM, according to Macquarie’s latest results. The firm defines EUM as market capitalisation, plus fully underwritten or committed future capital raisings for listed funds and committed capital, less any called capital returned to investors for unlisted funds. MIRA is starting the year with some A$26 billion of dry powder to deploy, having raised A$93 billion over the last five years.

During his tenure as head of EMEA, Harrison established several new European infrastructure funds. He also led the acquisition of the Green Investment Group and played a key role in several high-profile acquisitions over the years, including South East Water, Thames Water and Wales & West Utilities. Prior to leading the EMEA division, he was MIRA’s global chief operating officer.

Speaking with Infrastructure Investor earlier this week on MIRA’s latest fundraise, its first €1.6 billion dedicated renewables fund, Harrison said: “We saw an increase in interest and demand from our investors to have a strategy that invests in renewable energy and specifically in wind and solar in mature markets.”