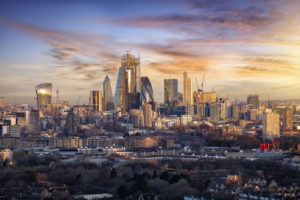 Nathalie Abildgaard, a former analyst in IFM Investors’ infrastructure team, is taking legal action against her former employer and one of its executive directors over allegations of sexual harassment, in a case due to start at the London Central Employment Tribunal tomorrow.

According to the UK newspaper, Michel-Verdier repeatedly invited Abildgaard back to his hotel room, including by text message, in addition to making alleged verbal advances. The paper says Michel-Verdier denies the allegations, but that IFM did discipline him for texting his room number to Abildgaard – which broke the company’s code of conduct – as well as for “misuse of alcohol”, cutting his bonus and banning him from drinking at work events for 12 months.

At the heart of the legal dispute is Abildgaard’s bonus also. When she quit last year, she asked the Australian fund manager to be paid her bonus in proportion to the amount of time she had worked that year, The Sunday Times reported. The paper said IFM rejected her request because it “did not feel the incident was of such a nature that it in effect forced Nathalie to resign”.

Infrastructure Investor contacted IFM Investors with several questions about the case and the allegations made against Michel-Verdier, but a spokesman said the firm could not comment due to this being an “ongoing legal matter”. Instead, the spokesman referred us to a statement, in which the firm said:

“IFM Investors takes allegations of workplace misconduct extremely seriously and recognises the impact any such incidents can have on employees involved. This matter was investigated immediately upon IFM Investors being made aware of the complaint in April last year and management action was taken in accordance with our policies and procedures. IFM Investors goes to great lengths to foster a positive, equal and respectful workplace culture and we work continuously to improve our organisation.”

Abildgaard told us she will not be able to comment further until the hearing is over, “due to Employment Tribunal regulations”. In the meantime, she referred us to a statement by a new charity called Legal Aid for Business Diversity, of which she’s a founding trustee, that seeks to provide legal aid for victims of sexual harassment.

In the statement, Abildgaard said: “I hope the tribunal hearing of my case can help raise awareness of the issues facing employees when bringing claims against resource-rich employers and hopefully be an encouragement to others who have experienced discrimination at work.”

While the Chicago pension fund’s chief investment officer Angela Miller-May stressed that workplace diversity was not the deciding factor in the allocation – that was performance, followed by fees – she said diversity played a role in choosing both firms.

A document prepared for CTPF by IFM and seen by Infrastructure Investor at the time showed women making up around 40 percent of the firm’s US office and ethnic minorities 36 percent.