This article is sponsored by Macquarie Infrastructure and Real Assets 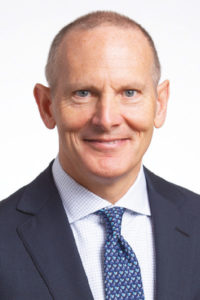 There are a number of macro trends that are continuing to drive strong investor interest in North American infrastructure. Some of the key themes that we are observing are around demographics shifts and urbanisation.

Even in a developed country like the US, people are increasingly moving to city centres in pursuit of higher value jobs, education opportunities and better connectivity. When you have that kind of rapid urban growth, that obviously creates huge demand for, and pressure on, the infrastructure of our major cities.

Anyone who has travelled around the US would be aware that there is a huge need for ongoing investment to maintain and upgrade the existing infrastructure in the country. When you think about this in the context of other macro trends such as urbanisation, an ageing population and climate change, the need for investment is only going to grow exponentially in the future.

How to fund the required investment in infrastructure is a key question. With government balance sheets stretched at federal, state and local levels, we continue to see an important role for private investors to help close that funding gap.

Q How would you describe LP appetite?

The fundamental appeal of North American infrastructure to LPs remains strong. It is a growing market with a stable regulatory environment and transparent legal system. In addition, we are seeing increased allocations from US-based investors as well as new entrants making allocations for the first time.

In a low interest rate environment, institutional investors are also attracted to the stable and predictable cashflows that the asset class can offer over a long time horizon. This makes the sector particularly attractive to insurance companies, pension funds and sovereign wealth funds that need to ‘match’ their long-term liabilities.

As institutional investors become increasingly focused on environmental, social and governance issues, they are also looking for ways to deploy capital in a way that will help stimulate economic growth and support communities. We believe infrastructure will continue to offer opportunities to do this. 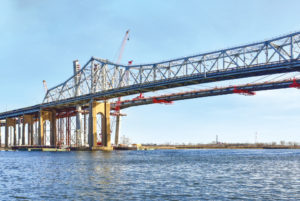 NYNJ Link, a consortium comprising MIRA and Kiewit Development Corporation, won a 35-year concession to finance, design, build and operate a new bridge to replace the existing link between New York and New Jersey in 2013.

Over the following five years, the investors worked collaboratively with numerous government entities to deliver the $1.5 billion Goethals Bridge. The project was the Port Authority of New York and New Jersey’s first long-span bridge built in the region in 80 years. It was also the port authority’s first public-private partnership.

Connecting two states and two cities, the project had to consider the current and future needs of numerous stakeholders. This required extensive consultation with local authorities and commuters, as well as significant environmental protections for seasonal spawning fish in the river below and birdlife in neighbouring wetlands.

The consortium created a taskforce with the port authority to tackle challenges around planning, engineering design, management of existing traffic, scheduling of works and construction. This approach generated a number of innovations, including a dual-bridge solution, splitting the tower and separating the eastbound and westbound structures.

This innovative design gives the structure an expected service life of 150 years. The bridge opened in 2018 to state-of-the-art technical specifications, including seismic protection and in-built sensors that can detect potentially serious problems long before they become apparent to human inspection.

Q Conventional power generation remains one of the most significant investment opportunities in the region. What does the future hold for this sector?

Natural gas is now, and we expect it to be for some time, a critical source of energy in North America and globally. It remains low cost, abundant in supply and is a cleaner, more sustainable energy source than coal. The shale gas revolution is also providing many opportunities to invest in related infrastructure – such as pipelines, rail and ports – that has enabled America’s shift to become a net exporter of energy.

Q What about the renewables industry?

As renewables continue to evolve as an asset class and as technology brings the cost of production into parity with fossil fuels, we believe that there is a significant opportunity for further investment in large-scale renewable energy in the US. These opportunities are increasingly popular with investors, both from a sustainability perspective and on a purely commercial basis.

We believe that the size and diversity of North America create numerous opportunities for wind and solar technologies. We are also looking at investment opportunities in energy storage, waste-to-energy and hydrogen.

Q You mentioned that transport is a major US infrastructure theme at the moment. How do you see that sector developing?

As the US population grows and continues to consolidate in urban areas, infrastructure demands will grow. Congestion in our biggest cities is an issue today and we need to develop alternative ways to transport people, which will drive opportunities in both toll roads and public transit.

“As technology brings the cost of production into parity with fossil fuels, we believe that there is a significant opportunity for further investment in large-scale renewable energy”

We also expect the supply chain to continue to evolve to meet the demands of e-commerce and two-day or even one-day shipping. This will require capital for new and enhanced infrastructure and across US ports, railroads and logistics assets.

Q Where else are you seeing opportunity?

We’re seeing the definition of infrastructure evolve to include ‘non-traditional’ assets such as computer and data storage, fibre and 5G networks.

We think technology is going to have a big part to play in solving the challenges of the future, particularly as we think about the impacts of urbanisation and climate change. So we are looking at what opportunities there may be as we move towards a reduction in internal combustion engine vehicles in the expectation that electric vehicles and autonomous vehicles will become the major transportation tools of the future.

Puget Sound Energy is the largest electric and gas utility in Washington state, a part of the US that is focused on resilient, reliable and sustainable energy to support its growing population and economy.

MIRA took Puget private in 2009 and, prior to divesting earlier this year, had invested more than $8 billion to maintain and grow the utility’s natural gas and electric systems, thereby improving energy delivery to its 1.5 million customers.

More than 400MW of hydroelectric, wind and solar generation capacity have been added over the past 10 years. During this period, Puget has become the largest producer of wind energy in the state and the third-largest utility owner of wind power in the country.

The expansion of renewable generation capacity has also enabled the business to announce the retirement of three coal-fired power plants by 2025 without jeopardising security of supply. During MIRA’s ownership, the board committed to halving its carbon footprint by 2040, on top of meeting state goals.

Despite this significant investment, average monthly customer bills have remained broadly flat – increasing by just $1 over the decade. Customers also benefited from initiatives designed to help them reduce their energy consumption.

Q How would you describe the competitive dynamics of North America’s infrastructure industry?

Competition is always there, no matter where you are in the world. We have, however, seen the pool of competitors in North America grow quite significantly over the past decade. Macquarie is the largest infrastructure investor in the world, and although there is a growing pool of capital that is looking at alternatives and is attracted to the investment fundamentals of infrastructure, we feel our decades of experience and our leadership position give us an advantage in continuing to source and execute attractive opportunities.

Q How does the political backdrop impact infrastructure investment in the US?

It is certainly something that you need to be aware of. It is complex. It can make investment difficult and sometimes it can make things move slowly.

Part of the complexity of operating in the US is that decision-making doesn’t just happen in Washington.

A lot of decisions around infrastructure spending get made at a state, municipal or even town level. So it’s very important to develop close working relationships with state and municipal stakeholders where we are or may be looking to invest capital.

Q What does the future hold for infrastructure in North America and what are MIRA’s ambitions for the market?

The infrastructure spending gap is not going away.

There will continue to be vast demand for capital and for well-executed projects carried out in a sustainable, safe and climate-friendly way. Meanwhile, the flow of institutional capital towards alternatives continues to grow.