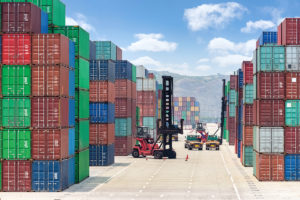 A Hong Kong shipping company has given Macquarie Infrastructure and Real Assets a guarantee that it will continue to send cargo to the Long Beach Container Terminal for the next 20 years after a consortium led by the fund manager purchased the California asset for $1.78 billion.

A source familiar with the transaction told Infrastructure Investor that Macquarie had agreed a minimum-volume commitment with a subsidiary of Orient Overseas International. The source said the agreement secures a projected $9 billion in contracted revenue and 28 million container lifts over the 20-year period.

In a statement, Orient Overseas Container Line said it had also agreed to service the port for the next 20 years.

A third container berth is being built at the terminal, the second busiest in the US, and is expected to be operational by 2022. According to the source, Macquarie’s investment “implies” an EBITDA multiple of 12x based on the MVC guarantee alone once the third berth is complete and the port reaches “steady-state operations.”

Macquarie purchased the terminal with other undisclosed co-investors. The source said the fund manager had invested through its $5 billion Macquarie Infrastructure Partners IV fund, which closed in January, and had taken on $200 million of leverage. The fund is targeting investments in core and core-plus assets in subsectors including utilities and energy, transportation, communications and waste management. It is targeting a net IRR of 10-12 percent.

Macquarie has invested in numerous port assets over the years. In 2016, it acquired an 80 percent stake in Maher Terminals, the largest marine container terminal in the Port of New York and New Jersey. Macquarie also owns stakes in NYK Ports, Yusen Terminals and the Port of Los Angeles, and is the owner of Ceres Terminals.

The source said the Long Beach terminal came on the market last July when Chinese company COSCO Shipping acquired a 75 percent stake in Orient Overseas Container Line. The investment by a Chinese state-owned entity forced the shipping company to sell the facility under US foreign investment rules.

Macquarie’s transaction is subject to regulatory approval and is expected to reach financial close in the coming months.