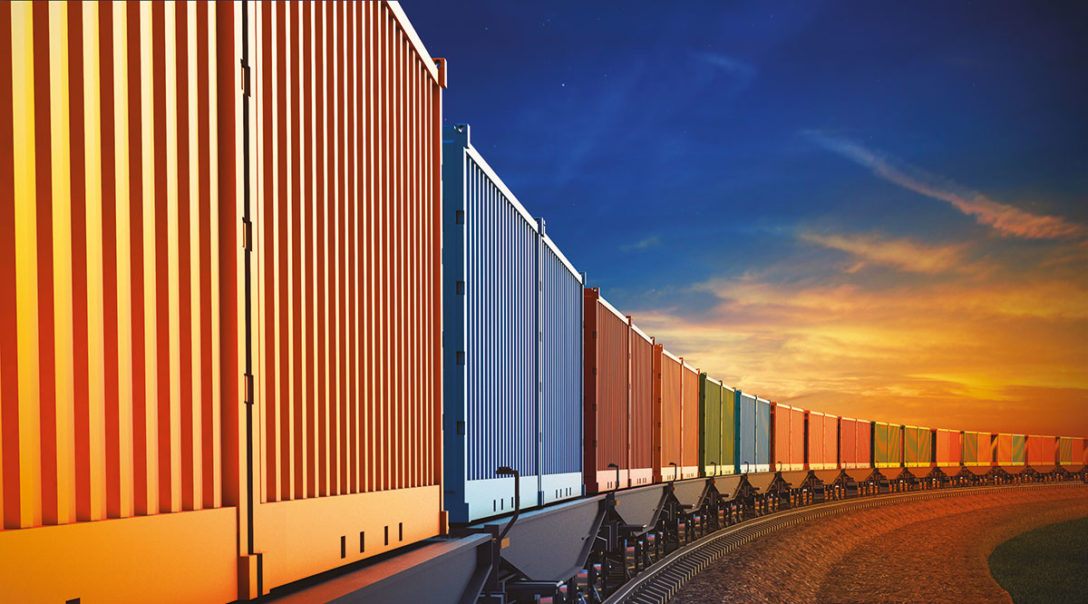 Even before the arrival of covid-19, the landscape for manufacturing in Mexico seemed promising. With the US embroiled in a trade war with China, firms seeking to avoid tariffs while keeping production costs low were increasingly looking to ‘nearshore’ operations south of the Rio Grande. Mexican exports to the US increased by 11 percent in 2018 and 4 percent in 2019, while Chinese exports declined markedly over the same period, according to management consultancy Kearney.

Now that the pandemic has further exposed the vulnerabilities of supply chains that extend across continents, Mexico seems set to reap the benefits. “Covid has put an extra emphasis on security of supply,” says Patrick Van den Bossche, a partner at Kearney. “People are now trying to generate shorter supply chains that don’t require stuff to sit on a boat for six weeks and incur the costs of travel.”

“Covid has put an extra emphasis on security of supply”

After imposing tariffs of up to 25 percent on Chinese-made products, some US politicians would undoubtedly prefer to see jobs coming ‘home’. But amid the economic shock dealt by covid, Van den Bossche questions the realism of expecting US consumers to pay the extra costs of domestically produced goods. The US, he points out, needs “a source of moderately priced products” to fill the gap left by China.

In any case, rather than Mexico drawing jobs directly from the US, many firms establishing operations in the country are actually relocating from other emerging markets, particularly China. Foxconn, which manufactures iPhone components, is among the companies reported to be considering switching some operations to Mexico in order to serve the US market.

The ratification of the US-Mexico-Canada Agreement has, at least for the time being, taken the heat out of US complaints over losing jobs to Mexico, even as US-China tensions continue to worsen. “The USMCA provides certainty,” says Eduardo Saavedra, executive vice-president of business development at Mexican shelter service provider Tetakawi. Certainty, he adds, “is the precursor to sustainable trade”.

While president Donald Trump’s long-promised wall may be the most famous mooted infrastructure project on the border, now may be the time for investors to look seriously at financing infrastructure to support US-Mexico trade.

For an investor seeking to remedy infrastructure bottlenecks, the first place to look could be the ports of entry, where long delays afflict companies moving goods in both directions. Wait times of more than four hours are not uncommon for trucks at the busier border crossings, including those linking San Diego with Tijuana and El Paso with Ciudad Juárez. The situation has been exacerbated by extra checks intended to block the spread of covid.
“Most firms adjust their finished goods delivery lead times to accommodate any significant ongoing delays in crossing the border,” says Saavedra. Even so, “having more inventory ‘in-transit’ increases costs, which are likely to be passed on to the end consumer”.

There are no current plans for public-private partnerships to relieve border congestion, though a planned new port of entry at Otay Mesa East in California is set to involve a toll highway funded partly through bonds. But even if the US and Mexico governments could agree on a greater role for privately funded toll crossings, the success of any such schemes would still depend on both countries providing adequate resources to complete checks on vehicles. Edmundo Gamas, executive director of the Mexican Institute of Infrastructure Development, tells Infrastructure Investor that with budgets severely stretched in Mexico, the operators of any future toll crossings might have to subsidise Mexican customs and security checks.

“The USMCA provides certainty; certainty is the precursor to sustainable trade”

In fact, investing in large-scale projects that would support manufacturing operations nearshored in Mexico is difficult for a variety of reasons. On the Mexican side of the border, the government of president Andrés Manuel López Obrador appears lukewarm at best about private sector investment in infrastructure. A BlackRock-led consortium’s bid to construct a section of the Mayan Train, which will connect several cities on the Yucatan peninsula, was rejected in September, despite the consortium being the only bidder.

Gamas blames the Mayan Train decision on Obrador’s ideological aversion to the private sector. “This government really does not understand project finance whatsoever,” he laments.

According to Gamas, Obrador would accept PPPs only if the “cost of capital was the same as what the government could get on financial markets” – something that, he says, is “obviously never going to happen”.

Norman Anderson, chief executive of CG/LA Infrastructure, agrees that the mostly publicly financed projects favoured by Obrador are insufficient to meet the needs of the Mexican economy as it develops over the coming decades. The Mexican government, he argues, “needs to be much more creatively aggressive in terms of how it thinks about the country in the next 10, 20, 30 years”.

In Anderson’s view, “reshoring” to the US is a more significant trend than nearshoring to Mexico, at least from the point of view of infrastructure investors. He cites plans to move the manufacturing of personal protective equipment and pharmaceutical products to the US, along with a drive to increase the domestic extraction of rare minerals, as developments that will create huge new infrastructure requirements.

Van den Bossche sees potential for a “significant imbalance” in logistics infrastructure, as south-north trade in North America grows at the expense of traditional supply routes extending from ports to the interior. The result is that “logistics companies are going to have to reassess where they put down their distribution centres”. A major capacity crunch for trucks taking goods from Mexico to the US since the middle of this year, caused by an imbalance in demand for northbound and southbound trade volumes, highlights the need for investment in logistics infrastructure.

While Mexican consumer demand remains in the doldrums amid the pandemic, Mexican facilities producing goods for the US market are in high demand. “The whole business of industrial parks and industrial storage has taken off,” says Gamas. The industrial warehousing and distribution sector is “a bright spot in the whole infrastructure equation”, he explains. “There you don’t really have a problem with the government, because the government has a very limited role in those projects.”

However, opportunities to invest in power generation projects to support industrial facilities are constrained by regulations introduced in May. New wind and solar plants are now restricted from selling power to the national electricity grid, which is run by state-owned utility CFE. The result, says Gamas, is that private sector projects will have to be “completely autonomous – they need to be able to deliver power directly and therefore they need to be sited very close to industrial facilities. If they get into transmission they will almost certainly be blocked or hindered in some way by CFE”.

Then there is the risk that lingering tensions between the US and Mexico will cause disruption for firms engaged in cross-border trade and undermine the value of infrastructure investments. Gamas warns that measures taken by Obrador to revise his predecessor’s reforms of the energy sector have put many firms “on the warpath”. Several investors have complained to the US government over harm to their interests and are preparing to seek arbitration. “We’re going to have a whole host of lawsuits coming in against the Mexican government,” Gamas predicts. 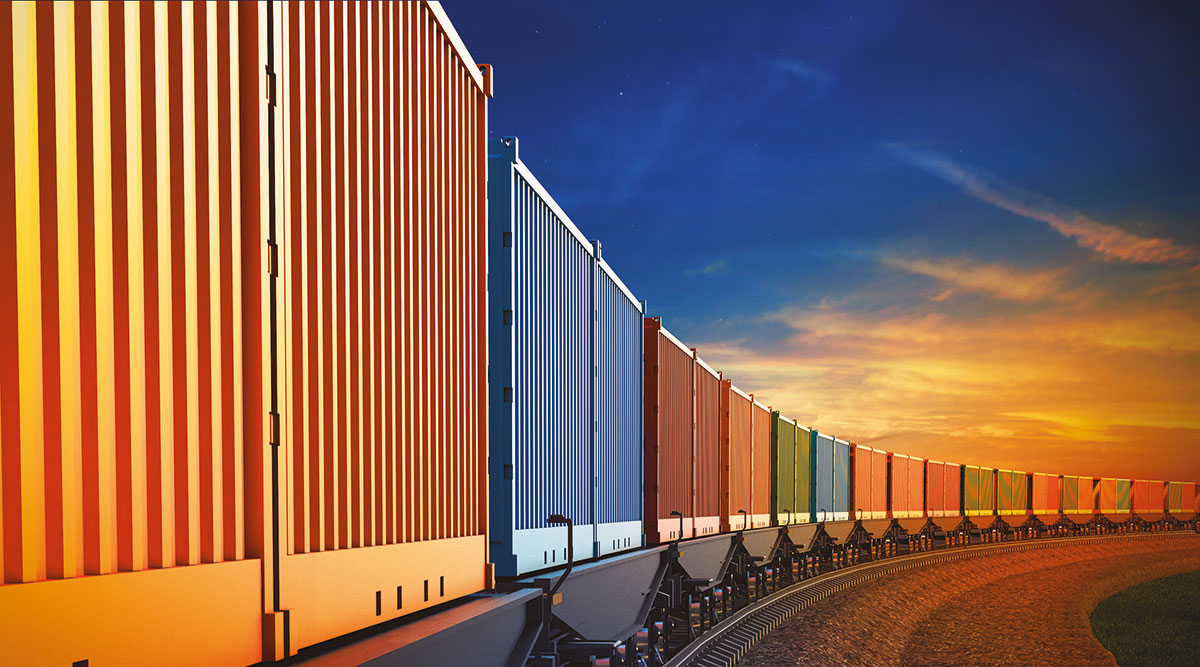 GIP and Blackstone’s interest in acquiring the rail line network is fuelled by an expectation that growing US-Mexico trade volumes will drive an increase in freight revenue.

Kansas City Southern’s network of rail lines extends from the Pacific port city of Lázaro Cárdenas in southern Mexico and runs north through the spine of the country to the Texas border. It then fans out up the Mississippi valley into the US Midwest, and east along the Gulf coast.

Executives at Kansas City Southern, which also owns a 50 percent stake in the Panama Canal Railway, are promoting the company as well-positioned to benefit from the United States-Mexico-Canada Agreement and the nearshoring opportunities that stem from it. The company reports that it is capitalising on energy reforms introduced by Mexico’s previous government, which have allowed foreign investors to play a greater role in the country’s oil and gas supply chain.

Kansas City Southern’s share price almost doubled between March and September, reflecting not only the takeover speculation, but the recovery of freight volumes to pre-pandemic levels by the summer. Yet Norman Anderson, chief executive of CG/LA Infrastructure, says that if a deal does materialise, it would be “one of a kind”, given the company’s unique position. He describes the railway as the weakest of the Class I rail operations in North America: “It just makes sense for somebody to take over.”