Credit where it’s due: a decade after it bought the UK’s Gatwick Airport for around £1.5 billion ($1.9 billion; €1.7 billion), Global Infrastructure Partners is handing over majority control of an asset that is head and shoulders above the airport it bought from BAA.

Of all the metrics we could choose to focus on in GIP and investors’ jumbo holiday sale of a 50.01 percent stake to VINCI Airports – the £2.9 billion sale price, the £8.5 billion enterprise value, the 20 times EBITDA multiple, the £1.3 billion in dividends paid to investors over the past decade – this deceptively ‘simple’ metric is, in many ways, the more important one.

For it speaks to the transformative power of institutional capital in a way that can be heard loud and clear by governments around the world, cutting through the anti-private sector rhetoric that is growing louder in many markets (not least of which the UK) and offering a counter-narrative to the less positive examples offered by what IFM Investors chief executive Brett Himbury elegantly described as “egregious private-sector capital”.

When GIP, which will still manage the remaining 49.99 percent stake in the airport, acquired Gatwick in 2009, passenger traffic stood at just over 33 million and falling – 10 years later, it’s around 46 million on the back of seven consecutive years of growth. Its single 3.3km runway was already the busiest in the world a decade ago – it’s now the most efficient, too, hitting a record 950 flights in a day in 2017.

The latter metric (even before that record was hit) already stood out to us when we caught up with GIP chairman Adebayo Ogunlesi early that same year:

“When we bought Gatwick, it was the busiest single-runway airport in the world, processing 50 take-offs and landings an hour. We had two of our guys do a study of Gatwick’s air traffic control system and they told management they could increase that number to 55. Even though management at Gatwick is actually quite enlightened, they thought it couldn’t be done. We are now at 55 movements an hour and we think we can get to 58. And we got there simply by changing the sequencing of how you move planes through airports and taxiways and I think we spent less than $1 million in capex to do that.

“Of course, five extra movements an hour at peak times (three hours in the morning and three in the afternoon) is 30 movements, each of which is worth about £1 million. You multiply that by any multiple you want and what you get is hundreds of millions of pounds of incremental value. You’re not firing people or anything like that – you’re just making the place more efficient.”

There are other improvements worth mentioning, such as the refurbishment and expansion of the airport’s facilities, its high rates of passenger security screening, and the slew of awards it lists on its website, all of which point to the kinds of operational improvements Ogunlesi described (and GIP is known for).

Is it a home run? You can certainly quibble, if you want to. As Bloomberg pointed out in an opinion piece, “a shortage of landing slots and favourable regulation has turned the UK’s privatised airports into cash cows for their owners”. If you’re ideologically disinclined towards private-sector ownership, Bloomberg’s assertion that “Gatwick has paid little corporation tax in recent years” will stick in your throat.

The airport’s loss against Heathrow in the battle for an extra runaway to serve the southeast of England is a weightier complaint, though you can counter Gatwick’s plans to convert its taxiway into a runway for short-haul flights go some way to mitigating that.

In the end, though, you’d be hard-pressed to argue Gatwick isn’t a better, more efficient airport than it was 10 years ago. As we start 2019 with record amounts of capital raised, we need more examples of this kind of operational excellence. 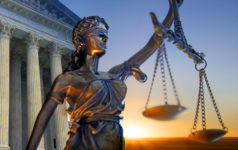