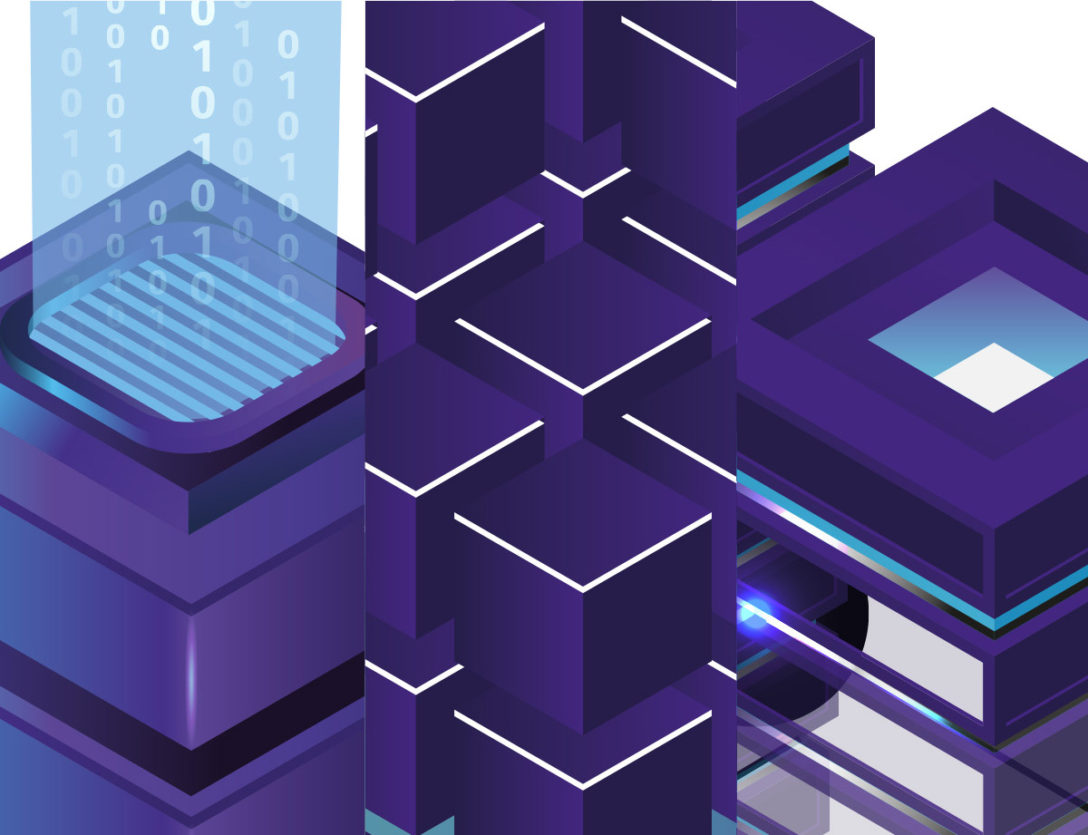 When Brookfield Infrastructure formed a joint venture with Digital Realty to acquire Brazilian data centre business Ascenty for $1.8 billion at the tail end of 2018, the deal was sealed at a hefty 15.5x EBITDA multiple.

However, the price tag alone fails to tell the whole story. This was the leading player in South America, with growth potential thanks to a significant number of contracts in the pipeline. It was possible to build out the facilities at attractive multiples and quickly buy down that EBITDA multiple.

“There is more to value than the headline number,” says Rob Marcogliese, a senior vice-president at Brookfield Infrastructure Partners. “If you are buying a business with long-term contracts, inflation escalation and a great customer base, together with a backlog of contracted growth and a pipeline of visible projects, then that is a very attractive proposition.”

Bruno Candès, partner at InfraVia Capital Partners, owner of UK data centre operator Next Generation Data, agrees. “Valuations are reflective of growth potential,” he says. “An asset with a strong client base, strong power bank and strong operational track record offers a great deal of value. I am not surprised, therefore, if the valuations that they are commanding are high.”

The problem, of course, is that not all the data centres that are changing hands for eye-watering prices have quite such rock-solid growth fundamentals. 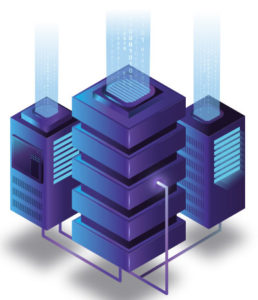 In fact, 15.5x EBITDA looks pretty reasonable in today’s market. Valuations in the hyperscale sub-sector, where long-term contracts with the largest technology companies are attracting significant amounts of low-cost capital, have soared in recent months.

In many cases, these valuations are based on projections of, as yet, uncontracted revenue. It is a subject that investors in the space are understandably wary of publicising. “Buyers are increasingly stretching to meet aggressive valuation asks,” says one infrastructure manager, who asked to remain anonymous in order to discuss the sector candidly. “They are either assuming the expansion of facilities at high utilisation rates or they’re projecting significant bookings growth for facilities that are currently underutilised.”

Anton Moldan, managing director at Macquarie Infrastructure and Real Assets, agrees the situation is particularly intense in the hyperscale space. Here, the top 25 global customers are leasing the lion’s share of global deployments, and only a small number of independent platforms have demonstrated success in sustaining leasing to this customer base.

“These platforms, whether their facilities are full or below capacity, are seeing the strongest valuations,” he says. “However, even smaller platforms or single facilities are achieving some value for unleased capacity, given the tremendous growth this sector is seeing, although this is more market-dependent.”

“[Data’s] exponential growth will likely create a large investable universe, given the significant infrastructure required to support the transportation and storage of that data”

“We have walked away from deals where there has been too much growth based on assumptions,” says another investor, who also declined to go on the record with his concerns. “That is not to say that growth wasn’t there, but the level of assumption was higher than we were willing to underwrite. Often these are great businesses, but the growth is not as contracted as we would like it to be, which makes it harder for us to pay that higher price. It can be difficult to make the maths work in those circumstances, and that is where we have struggled.”

Of course, valuations are a concern across all asset classes as we scale the peak of the cycle. And there is no denying that data centres are being propelled by an extraordinary growth narrative. “You will often hear data referred to as being the fastest growing commodity,” says Brookfield’s Marcogliese. “That exponential growth will likely create a large investable universe, given the significant infrastructure required to support the transportation and storage of that data. A proliferation of data-intensive use cases such as Uber, streaming services like Netflix, the advent of 5G, combined with a trend towards outsourcing and migration to the cloud is creating a large number of greenfield opportunities.” He adds that this is also creating merger and acquisition opportunities as telecoms companies seek to divest their data centre assets, “in much the same way they did towers, years ago”.

Despite these powerful tailwinds, it is important to remember that this is far from a homogeneous market and not every asset will follow the same growth trajectory. As the demand for data centre services has exploded, the sector has segmented into five distinct verticals. 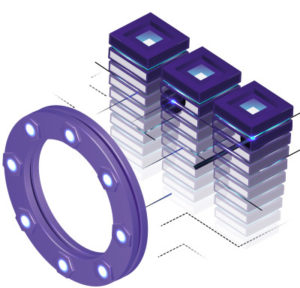 First, there is retail co-location: the ability to lease space inside the controlled environment of a data hall, where the industry has its origins. Then there are interconnection facilities, where multiple carriers meet and cross-connect with one another. As we have seen, hyperscale data centres – which serve individual customers, typically with no less than 1MW of power required for that location – are attracting a great deal of attention. Next, there are managed services – or hybrid cloud – where enterprises are trying to lighten their IT loads by outsourcing their servers.

Finally, there is edge computing – which refers to the proliferation of smaller, more agile, data centres that sit in the suburbs or at the edge of the network. This is where cloud providers, content producers, cable companies and mobile operators are increasingly moving their applications as they prepare for the advent of 5G.

“It’s an incredibly exciting moment for data centres,” says Marc Ganzi, chief executive at Digital Colony, which last June closed its debut digital infrastructure fund on $4.05 billion, making it the largest vehicle dedicated to the subsector. “You used to have these big buildings housing servers with customers paying rent – a pretty simple, real estate model.
“Today, this has evolved into a highly competitive marketplace with multiple, very distinct business opportunities and voracious appetite for capacity in each vertical.”

“You either have to over-provision infrastructure upfront, which can be costly, or face challenges adapting to these needs in the future”

As the data centre market has become more nuanced, so infrastructure investors in the space have carved out differentiated strategies based on their own preferences and capabilities. Edge computing, for example, is a relatively nascent area, where many managers have adopted a ‘wait-and-see’ holding pattern. For Ganzi, however, it represents one of the most exciting data centre opportunities.

“I think this is where the future of computing is heading,” he says. “Applications need to work when you are on the move. This is where our team is spending most of its time today. Edge computing is all about helping customers extend their networks and reduce latency, which, with the arrival of 5G, will need to be close to zero.”

AMP Capital, meanwhile, is targeting the regional hybrid model. It is offering an integrated solution of co-location and cloud/managed services, with a particular focus on smaller, less-competitive markets, such as the US mid-west. InfraVia, according to Candès, is betting on the hyperscale space: “That’s the part of the market we understand the best in terms of design, engineering, security and connectivity.”

MIRA is also attracted to hyperscale and multi-tenant wholesale facilities, as well as interconnection facilities. “These carrier hotels are the most connected facilities in their markets, sitting at the meeting points of long-haul and metro fibre networks,” says Moldan. “They provide connectivity to allow networks, content, cloud and businesses to connect with each other and the internet.”

A question of quality

I would take exception to that. It actually requires a very surgical, careful and specialised approach for each vertical.” 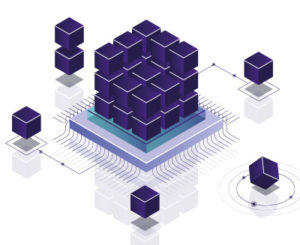 In particular, Ganzi points to the variables around the age of facilities, their location and to the quality of customers and contracts. “You also have to consider whether you have deferred maintenance capex, whether you own the land under the building, what the powering and cooling configurations are, how much fibre is in the building and what the real estate taxes and permits are,” he explains. “These are the things that ultimately determine value.”

A data centre’s environmental, social and governance credentials are also increasingly coming into the mix. Modern cooling configurations have little to no carbon footprint, which is, of course, incredibly important to investors today.

“Pay 20x-plus for a data centre built in the ’70s, with an old cooling system with no back-up power, an outdated diesel generator and insufficient fibre, and you will quickly find that customers won’t be interested in that space and that you have overpaid,” says Ganzi.

Valuation risk is not the only challenge that investors in the data centre space are facing. Technology is advancing at such a pace that obsolescence risk also needs to be factored into underwriting. Managed services is the area most obviously exposed, with a need to update servers on a regular basis. But even those firms that deliberately focus on more passive data centre infrastructure are faced with new developments in how data can be stored and, in particular, with exponential data compression.

“While retail co-location is static, or maybe even in slight decline, hyperscale is expanding by at least 8-12 percent globally”

“We are seeing technological advances that are allowing for more computer and power consumption per square foot of space,” says Moldan. “This can become challenging for data centres that were not designed for this evolution. You either have to over-provision infrastructure upfront, which can be costly, or face challenges adapting to these needs in the future.”

However, he believes this represents an opportunity for platforms that are better designed to meet customers’ evolving needs, and which are in effect “future proofed”.

“It is something that we need to take into account when we think about forecasts,” adds Marcogliese. “There is no doubt that there will be more data and that data centre requirements will grow. But that growth will be tempered, in some cases, by servers becoming more efficient.

“While those tech advances represent a sensitivity that we need to factor into our underwriting, at the same time there are other tech advances, ranging from machine learning to AI and the internet of things, that will require significant computational power. Overall, the tailwinds for the sector remain strong.”

Marcogliese also sees an opportunity for infrastructure investors that have a renewables presence. These firms can tap into big tech companies’ desire to become carbon-neutral, and even carbon-negative, by providing turnkey solutions that offer data centre capacity and green power.

Despite escalating valuations, the consensus is that opportunity in the data centre market abounds. “While retail co-location is static, or maybe even in slight decline, hyperscale is expanding by at least 8-12 percent globally,” says Ganzi. “Our hybrid cloud businesses are up slightly from last year and, given Amazon Web Service’s recent results, which were stunning, I think it’s inevitable that the cloud will continue to grow.

“And then you have edge computing, where our business Databank is demonstrating 10 percent organic growth per annum. With the advent of 5G computing and the continued proliferation of mobile apps, that is another area exhibiting exceptional growth characteristics.”