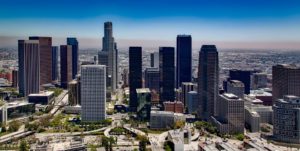 Oaktree Capital Management announced the $1.1 billion first close of its transportation infrastructure fund, but has decided to stop fundraising for a proposed energy infrastructure vehicle.

Jay Wintrob, the firm’s chief executive, said on an earnings call on Thursday that its transportation fund’s first close makes him believe Oaktree’s infrastructure business is “moving in the right direction”. He said the firm will raise the fund, which is looking at investments in the US to start deploying capital, until early next year.

During the call, Wintrob also said the one of the funds it acquired through its 2014 purchase of Highstar Capital is performing “below-expectations”. Highstar Fund IV is generating a net 1.6 percent return, which the chief executive described as an “area of underperformance”, which is “based on the returns of its energy holdings”.

Oaktree acquired infrastructure management firm Highstar Capital in 2014 for an undisclosed amount, including Highstar’s fourth fund, which had $2.3 billion in assets at the time of Oaktree’s transaction. The fund generated a 5.9 percent gross and 1.6 percent net internal rate of return, according to earnings results from Oaktree.