Tokyo-based Orix Corporation has agreed to buy out Infrastructure Leasing & Financial Services from a joint venture the two entities established in 2016 to develop 1GW of wind power assets in India.

Infrastructure Investor understands the Japanese financial services group will pay 5.61 billion rupees ($80.4 million; €72.1million) to acquire the 51 percent it did not already own in seven wind power plants from IL&FS Wind Energy Ltd. The plants have a total generating capacity of 874MW.

“We judged that we could obtain sufficient returns through the acquisition,” said Yuka Kanaoka, a spokeswoman for Orix. “Wind energy generation business in India can [be] expected to further grow, and these assets are valuable.”

IL&FS said in a statement that Orix had exercised its right to match the price of the highest bidder for the assets – a right included in a memorandum of understanding signed by the two companies. The transaction is expected to close by the end of June.

The highest bidder that emerged during the binding bid stage, according to the statement, was India’s state-owned natural gas company GAIL. Its offer valued the entire wind portfolio at 48 billion rupees, including a debt payoff of approximately 37 billion rupees.

The company acquired 49 percent of the IL&FS wind platform in 2016. It said at the time that the aim was to develop 26 wind power plants that would later be sold “to state power companies under the feed-in tariff scheme as well as to commercial-scale utility customers”.

Orix further expanded its presence in India with the creation of a joint venture with private equity fund manager Sun Group in 2017, aimed at developing a solar power platform in the country.

According to IL&FS’s 2018 annual report, Orix held 23.5 percent of the Indian company’s shares, making it the largest foreign shareholder.

The Indian infrastructure financier is undergoing a restructuring plan to avoid liquidation, after defaulting on several debt obligations last year. The plan is being monitored by India’s National Company Law Tribunal.

The procedure involves a divestment of several assets, including a 973.5MW wind and solar asset portfolio; a portfolio of eight operating toll roads and seven annuity-based road projects totalling 8,300km; and a 1.2GW thermal power plant. According to the IL&FS statement, the sale process for these assets is under way and binding financial bids are expected in stages by July.

Infrastructure Investor understands that Orix can only exercise its right to match bids for other assets held by existing joint ventures with IL&FS. 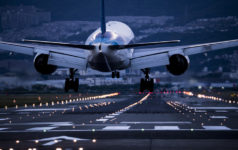 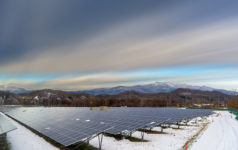