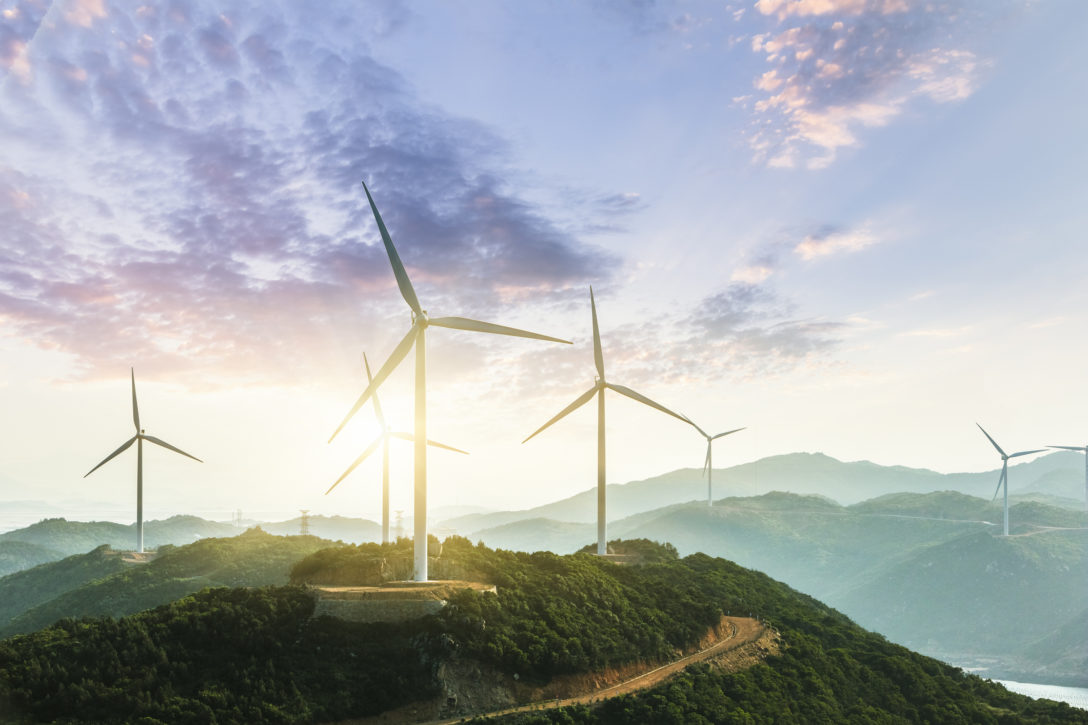 It has been a year of heightened volatility and sweeping changes for many of the world’s energy markets. Among them, Japan, with its heavy reliance on fossil fuels and even heavier reliance on foreign energy sources, is facing the foremost energy issues of the day – energy security and the energy transition – with more urgency than most.

As Japan stares down rising electricity prices, spearheading the growth of its renewables sector has become crucial to finding an energy mix that is sustainable in more ways than one. While decarbonisation is playing a key role in shaping Japan’s energy sector and will continue to do so for years to come, so too is the country’s unavoidable reliance on other power sources, according to Tomoya Hori, infrastructure investment director at Japan Post Bank.

“As with other developed countries, decarbonisation is a massive trend impacting the country’s energy sector,” Hori says. “The demand for renewable energy is overheating in Japan and the transition from coal-fired power stations is an urgent issue for Japanese energy companies.

“On one hand, [the] Japanese focus on renewables is increasing more and more. On the other hand, renewable energy is a very volatile power source. Therefore, more reliable power sources such as nuclear and natural gas are still needed in Japan and investment into these kinds of assets or projects will be needed in the future.”

“A potential risk for
foreign investors [is
not having] a strong
local team in Japan,
because otherwise
visibility of policy
development is not
so high”

From a net-zero point of view, things are looking up for Japan. According to Fitch Solutions’ estimates for 2021, the country ranks third in the Asia-Pacific region – behind behemoths China and India – and fifth globally, for renewable energy capacity. Japan’s government has also recently enhanced its renewables energy targets with its sixth Strategic Energy Plan, released in October 2021, aiming for 36-38 percent of Japan’s energy mix to come from renewables by 2030, up from its previous target of 22-24 percent.

David Thoo, Fitch Solutions APAC power and renewables analyst, anticipates that, within Japan’s energy sector – thanks to ambitious targets and recent changes to government policy – the two sub-sectors that are really set to “take off” and potentially attract the most investment are solar and wind.

Among the changes to government policy supporting the growth of renewables is Japan’s transition to a feed-in premium (FiP) scheme. Implemented in April and expected to accelerate the country’s energy transition, the new FiP scheme complements the existing feed-in tariff (FiT) scheme that has been in place since 2012. Allowing for a premium to be added to the wholesale price at which renewable energy providers sell electricity in the spot market, it aims to increase competition within the renewables sector.

Under the auction, Japan’s Ministry of Economy, Trade and Industry awarded 153.7MW of new solar PV capacity, including 128.94MW under the FiP scheme and 24.76MW under the FiT scheme.

Thoo points to Japan’s offshore wind sector as another policy bright spot, following Japan’s energy ministry’s September announcement that it had designated three promotional areas – off the coast of Nagasaki, Niigata and Akita prefectures – for the development of offshore wind farms. In addition, the ministry selected another five “promising areas”, as well as 11 more “potentially suitable areas” for developing offshore wind farms.

“When crunch time
comes, when it starts
to aff ect people’s
livelihoods, with what
we see with electricity
prices, people start
to soften their stance
towards nuclear
power”

With the three promotional areas close to confirmed and another 16 posing upside risks for offshore wind farm development, the government’s move to set aside these zones for developers to build offshore wind projects presents a clear opportunity to potential investors, Thoo adds.

Hori agrees that Japan’s offshore wind industry presents an immense opportunity for foreign investors, despite the first round of auctions for fixed-bottom offshore wind projects, held in December, being won by a consortium led by local heavyweight Mitsubishi Corporation.

“I believe the opportunity for offshore wind in Japan is huge. I believe it will be one of the largest attractive sub-sectors in Japan for the next 10 years, at least, and foreign players will likely have a strong interest to invest,” Hori says.

Going (back to) nuclear

Perhaps most interesting of Japan’s recent changes to energy policy is its renewed stance on nuclear power generation. The country famously walked away from nuclear power following the 2011 Fukushima disaster, resulting in the suspension of all 54 of its nuclear plants, with only nine in operation since that time.

In August, however, in a policy shift attributed to heightened energy costs, Japan’s prime minister Fumio Kishida announced the country would be restarting idle nuclear power plants and looking to develop new generators, while also looking to extend the lifespan of existing reactors.

“When crunch time comes,” says Thoo, “when it starts to affect people’s livelihoods, with what we see with electricity prices, people start to soften their stance towards nuclear power. And that’s when we may see a resurgence of nuclear power coming online, with nuclear power reactor restarts planned in the coming years as well.”

While the sector may attract investment from foreign players, local LPs are likely to be more wary about playing a role in bringing Japan’s nuclear power plants back online, says Hori: “Japanese people are very cautious about nuclear power. Nuclear is a very difficult sector for Japanese investors.”

Thoo also highlights the potential for Japan’s renewed stance on nuclear energy to usurp renewables growth, noting: “If there is a very strong uptick in nuclear power restarts, it may pose a threat to renewables because renewables still have the issue of intermittency that has to be addressed. If the sun’s not shining, you’re not generating any solar power. If the wind is not blowing fast enough [or] strongly enough, you’re not getting any wind power generation.

“For nuclear, you can produce electricity around the clock. It is highly efficient – it has a capacity factor measure of efficiency of about 90 percent – while solar is roughly 10-20 percent and wind is about 20-40 percent. It goes to show the huge disparity between renewables and nuclear. If nuclear comes online rapidly, and with it also being termed as low-carbon in some cases, it may have the chance to dwarf renewables growth.”

Boots on the ground

All things considered, however, there is no doubting the increased interest among foreign investors in the country’s renewables sector. Tokyo-based Macquarie Capital managing director Kanna Mihara notes that foreign investors appear to be encouraged by the strong policy support from the Japanese government. She also highlights the importance of having local know-how when exploring Japanese deals.

“A potential risk for foreign investors could arise if you don’t have a strong local team in Japan, because otherwise visibility of policy development is not so high,” Mihara says. “Everything is in Japanese and government committees are held in Japanese as well.

“If foreign investors are interested in the Japanese market, it’s crucial for them to find a strong local partner to get insight on what’s happening in the market and what kind of government support is becoming available. Having eyes and ears in Japan is very important.”

“In Europe or North America, there are many managers with established track records, and LPs can select from them with confidence because of their experience in those markets, and their expertise there. In Japan, the number of such kinds of managers is limited.”

Hori believes that the greater the number of GPs increasing their Japan-based teams and trying to find Japanese energy deals, the better it will be for the market as a whole.

“To contribute to [the] Japanese energy market has important meaning for investors who manage Japanese people’s money,” adds Hori. “I think the number of global managers who are focused on the Japanese market and building teams in Japan is increasing, which is a good trend from an LP perspective.

“I hope these financial players bring foreign advanced technology and their knowledge of success to Japan and prove their expertise in Japanese deals with partnering local players. If they continue to build a good track record here then more LPs will be able to invest in Japanese deals.”