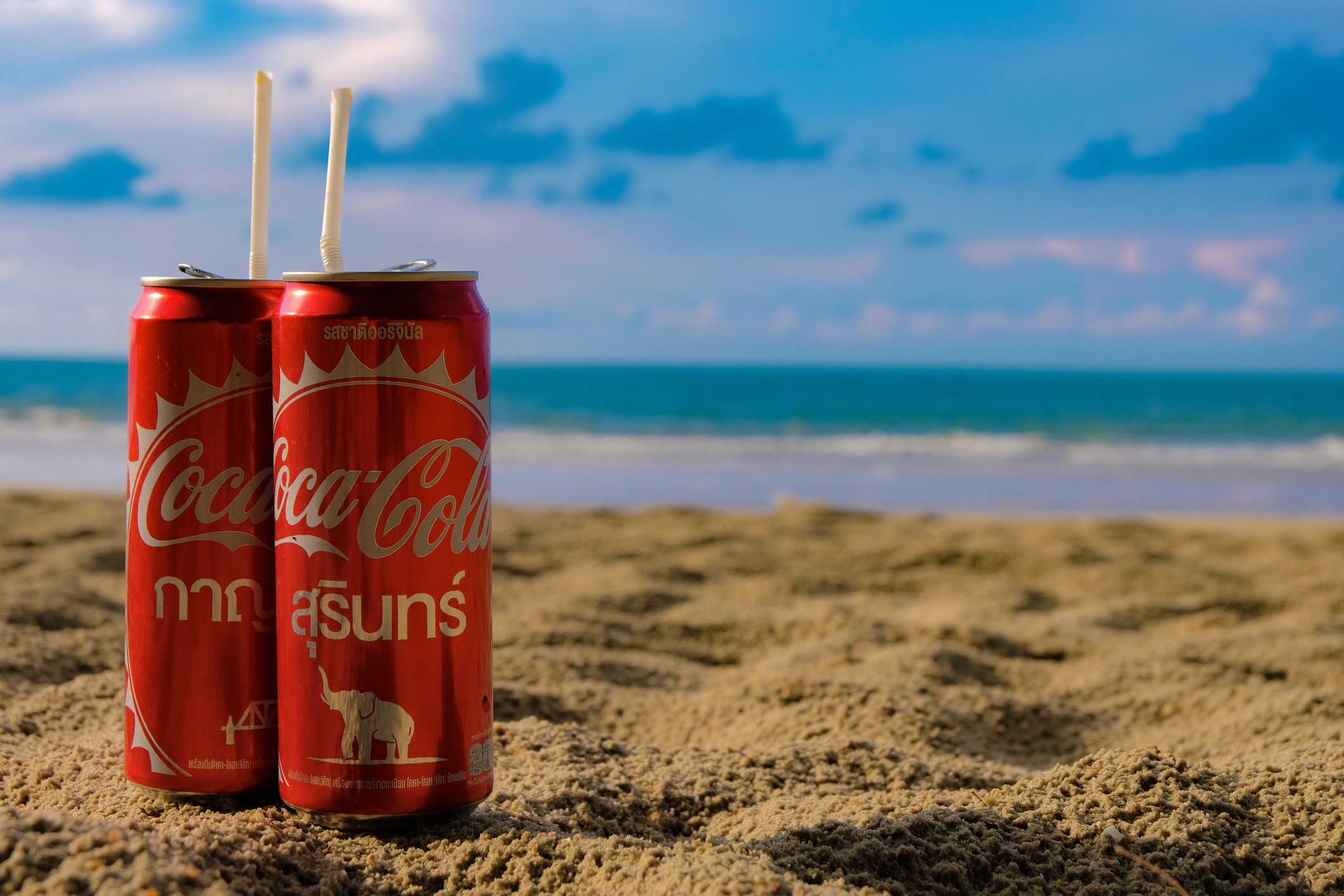 Home News & Analysis PPAs are exploding. But are they safe?

Last year, the corporate power-purchase agreement really came of age. Data published by Bloomberg New Energy Finance show that 121 corporations in 21 countries signed PPAs in 2018, accounting for 13.4GW of clean energy. The figure for 2017 was just 6.1GW – less than half the figure for the year before.

The number of PPAs being signed has been rising steadily for years, but this was an unprecedented leap and a sign that demand has taken off in a big way. More than 60 percent of this activity occurred in the US, with some 34 new companies signing PPAs for the first time. This particular trend is being replicated around the globe, as corporations with little-to-no experience of buying their energy from anywhere other than traditional retailers enter the market.

Signing PPAs suits buyers, who get to burnish their green credentials, reduce their exposure to energy price volatility and lock in lower prices. It also suits sellers, who are able to secure a reliable long-term revenue stream for their generation asset at a fixed price. Yet there are risks involved.

Standardisation is improving, but the lack of it to date has put some corporations off. The credit risk for investors associated with contracting directly with purchasers is also real, especially when dealing with a buying group.

PPAs are obviously highly attractive to infrastructure investors focusing on renewable energy assets. However, it is vital for these investors to be aware of all the complexities that such agreements bring.

The factors underpinning the rapid growth in PPAs are simple: companies want to secure lower-cost energy for long periods; and if that can come from renewable sources to help meet emissions reduction targets, so much the better.

“All of the large energy users are having a good look at how they manage forward risk on energy price volatility and how they manage meeting their sustainability objectives,” says Andrew Tipping, general manager, clients and business development, at Sydney-based consultancy Energetics. “Those two drivers have come together quite nicely in the last couple of years, which is why you’re seeing a lot of transactions.

“There has always been a sustainability driver [for PPAs], but not much happened until the costs came into alignment with what people are willing to pay. The rubber doesn’t hit the road until the CFO says ‘yes’.”

Ivan Varughese, Macquarie Capital’s head of infrastructure, utilities and renewables for Australia and New Zealand, says that a deal signed recently for one of his assets had resulted in significant cost savings for the buyer: “We’ve seen examples where the end cost to the consumer was 20-30 percent lower than what they were getting from their existing contract with a retailer. The savings we are seeing are material and that will continue to drive this.”

In other regions where the difference might not be so stark, such as the UK and the Nordic countries, hedging against volatility has proved a good reason to sign PPAs.

“There is a side that is driven very much by sustainability and green targets,” says Natasha Luther-Jones, partner and global co-chair of energy and natural resources at law firm DLA Piper. “But then you’ve got the industrial players, particularly in the Nordic market, who are doing it for price certainty and security in a long-term hedge for their costs.”

This explosion in the number of deals has not come without problems. One of the main challenges is that, with the market still relatively immature, each PPA is different and there is little standardisation in contracts.

Luther-Jones says that while this might be expected in a less mature market, such as Australia’s, it is also true of Europe, where PPAs are more established. Her team at DLA Piper is currently working with the European Federation of Energy Traders to develop pro-forma contracts, but it is a process that is taking some time.

“No two deals are the same and there has been a lot of criticism about how different they all are,” she says. “There’s just such a variety around what you can do with PPAs at the moment, whether physical or synthetic or a hybrid.”

Tipping echoes this, saying that one recent transaction in which Energetics was involved took several years because it had to start with a “blank piece of paper”.

“The market’s evolving very rapidly, and it may not standardise until that evolution slows down a little bit,” he adds. “Things can definitely improve more, but I think they already have.”

Matt Hammond, partner at Foresight Group, says the need to educate corporate counterparties is a “material limitation” to the current PPA market. “As more deals are done and contracts and products become increasingly standardised, corporate PPAs are likely to scale significantly,” he says.  “Experience and standardisation will likely allow corporates and generators to better understand each other’s requirements. This process is more advanced in Europe and the benefits are starting to be seen.”

With all these new entrants to the market, and a lack of experience on the corporate side, are all the risks being properly considered?

“The corporates have got to better understand market volatility because essentially they were shielded from that by the retailers before,” Tipping says. “And on the developer/investor side, they’ve got complexity in understanding how to navigate corporate buying behaviour.”

Upon its launch, the platform had 7,000MW of projects seeking buyers potentially looking for PPAs. Figures published by the Clean Energy Council, Australia’s industry body for clean energy, in November 2018 showed that 14.6GW of new renewable energy generation projects were under construction, with more in the pipeline.

Not all of that pipeline will necessarily be built and not all of it will require PPAs to be financially viable, but a significant proportion of it likely will. Although it is clear that energy consumption generally is on an upward trend, views differ on whether that will translate into enough demand for PPAs to ensure that all of these renewables projects are viable.

Tipping says Australia has a “very high volume of transactions relative to our market size. So the importance of the corporate PPA market to renewables is higher than in other markets. There are probably more projects than there is demand. A lot of the early corporate movers have already moved and executed a PPA contract for the proportion of the load they want.”

However, Macquarie Capital’s Varughese believes there is enough demand to satisfy the project pipeline. He points out that a range of companies – including toll road operator Transurban, supermarket chain Woolworths and Amazon – are all currently tendering for renew­able power in the Australian market.

“Notwithstanding the policy uncertainty that we’ve had in Australia, industry and businesses are actually getting on with it and they have decided that this is what is needed,” he says. “There’s no doubt that a pro-renewable policy environment would help, but even as we sit here today deals are still getting done.”

For now, though, many renewables schemes are chasing the same pool of potential buyers for PPAs. This could lead to less savvy developers and energy buyers taking on unexpected risks.

“Some developers don’t really know what’s best to offer,” says Luther-Jones. “This is because other developers are also chasing the same corporate deals, meaning the corporate can dictate what they want.”

The problem with this, as was previously mentioned, is that the corporates themselves are often inexperienced in energy buying and do not properly understand what they want or how to best to manage risk.

There is another intriguing possibility to consider with these deals, which is what happens if energy prices drop significantly below whatever the PPA price has been set at.

“The bottom line is that this is still a developing market,” says Jeffrey Altman, senior advisor at Finadvice. “People believe in the sanctity of PPAs and think they have a locked-in price for the full term of the agreement. But there are instances that allow or require these agreements to be renegotiated. Most PPAs can’t be broken, but they can be renegotiated.”

In a simplified example, he hypothesises a macro-level event whereby a government would be unlikely to stand idly by if power prices fell in a given country or region to the point where a critical industry might be on the receiving end of a particularly bad deal.

“Investors understand the credit risk associated with PPAs,” he says. “But I suspect they don’t fully understand the nuances of what can change and the impact .”

It is not necessarily a likely scenario, or even one entertained by many of the investors we spoke to. But with increasingly populist governments popping up in many countries, and showing a willingness to intervene in private markets, it is a risk worth considering.

Yet in spite of the complexities surrounding PPAs, this is a trend that does not appear to be going away any time soon. The fundamentals driving the growth in PPAs – rising or increasingly volatile energy costs, coupled with a need to lower emissions – will not change and make the agreements attractive for buyers. The need to secure long-term revenues makes them equally attractive for investors.

“PPAs are not the only answer to a non-subsidy environment, but they’ll always be part of the solution,” Luther-Jones says. “Certain regions may slow down as the corporates reach capacity, but PPAs are here to stay.”

Buying groups, where parties pool their purchasing power to amass a sufficiently high volume to justify a PPA, have proved a particularly complex area as PPA contracts develop.

A recent example of this is the one in place at Partners Group’s Murra Warra Wind Farm in Australia, where Telstra, Coca-Cola Amatil, ANZ Banking Group, the University of Melbourne and Monash University agreed to purchase a significant portion of the project’s output.

Macquarie Capital developed the Murra Warra project. Ivan Varughese, the firm’s head of infrastructure, utilities and renewables for Australian and New Zealand, explains that Australian telecoms company Telstra helped get around some of the complexity by and sourcing other partners to get the deal to the relevant scale. However, he says the firm still had to assess the credit risk for each of the counterparties involved, and not just Telstra.

Matt Hammond, partner at Foresight Group, says: “A project that relies on a corporate PPA faces credit risk against that entity. Investors and lenders often require security from the corporate to provide protection against default. This is often a new requirement for corporates that have not needed to provide security to purchase power in the past.”