This article is sponsored by Prime Capital

What do we mean by power-to-X and why is it so important to the energy transition?

Mathias Bimberg: Power-to-X refers to the replacement of fossil fuels through the use of green-electricity-based conversion technologies. In other words, it is about extending the green electricity value chain transforming electricity into energy to produce not only green hydrogen, but also other derivatives which can then be used to decarbonise hard-to-abate sectors.

Janna Brokmann: To date, decarbonisation efforts have largely focused on the power generation industry. But, according to the IEA, power generation only represents around 40 percent of global emissions. To decarbonise the global economy, we need to address other sectors like transportation, industry, buildings and agriculture. Some of this can be achieved through further electrification of processes, such as heat pumps and electric vehicles. But sometimes electrification is not possible. We therefore need alternative solutions, like power-to-X, for sectors where electrification may not be an option.

What are these hard-to-abate sectors that could be transformed by power-to-X?

MB: Hard-to-abate sectors include transportation, heavy industry and agriculture. Some of these sectors today use hydrogen which is produced using fossil fuels – so-called ‘grey hydrogen’. Here renewable energy can be used to produce green, emission-free hydrogen to replace this grey hydrogen, for example in the production of fertiliser.

JB: But green hydrogen and its derivatives, such as green ammonia and e-methanol, can also be used as alternative fuels in the transportation sector. This sector currently accounts for around a quarter of global CO2 emissions and electrification is not suitable for most heavy-duty vehicles, shipping and aviation activities.

Meanwhile, looking even further into the future, power-to-X has the potential to be used in the production of cement and steel, two very carbon-intensive and hard-to-abate sectors.

How is the regulatory environment impacting the evolution of the power-to-X sector?

JB: Under the umbrella of the Green Deal, the EU has introduced its Fit for 55 strategy, which outlines plans to reduce CO2 emissions by at least 55 percent by 2030. The draft regulation includes steps to support the deployment of alternative fuels infrastructure and plans to incentivise demand for and supply of alternative fuels in the shipping (FuelEU Maritime) and aviation (ReFuelEU Aviation) sectors.

Furthermore, proposed revisions to the Renewable Energy Directive include sector-specific sub-targets, which include an increase of 35 percent in total consumption of renewable hydrogen in industry by 2030.

Indeed, REPowerEU includes a target of 10 million tons of domestic renewable hydrogen production by 2030, in order to replace fossil fuel use in hard-to-abate industry and transportation, with €200 million allocated for research. The commission will also roll out carbon contracts for difference to support the uptake of green hydrogen and provide specific financing through the RePowerEU Innovation Fund and other vehicles.

JB: Nearly all large companies now have some form of net-zero target. On the transportation side, for example, shipping company Maersk has pledged to go climate neutral by 2040, and airline Lufthansa also has a net-zero pathway validated by the Science Based Targets Initiative. These transportation companies are relying on power-to-X and sustainable fuels such as green ammonia and e-methanol to implement these targets.

Similarly, large industrial and chemical companies like Thyssenkrupp, Linde, BASF and Holcim have set greenhouse gas reduction or full net-zero targets that often include the use of green hydrogen and power-to-X.

How is the geopolitical situation impacting development in the sector?

MB: Dependency on Russian energy has led to high natural gas prices and consequently electricity prices, highlighting the danger associated with energy dependency on politically unstable suppliers. Two primary developments have emerged out of this situation. First, the domestic development of power-to-X projects designed to directly decrease this dependency and, second, the development of power-to-X projects that can utilise a country’s low-cost green electricity to become exporters of green power-to-X products. In contrast, there is no offtake possibility for green electricity alone.

As such, I believe that war in Ukraine will act as a catalyst, accelerating the energy transition and the evolution of the power-to-X market. Governments appear to finally understand the importance of energy independence, and this will, in turn, support the drive to net zero. The private sector too is driving this forward: companies realise more and more that they need to take a long-term perspective to survive.

JB: I agree. The geopolitical situation has shown that a dependence on fossil fuels is not just a climate change issue, but also an issue of energy security and geopolitical stability. The question is, how can we move away from fossil fuels in all sectors and how can we speed up this process? This is where power-to-X offers a way to use green electricity to replace fossil-fuel-driven processes.

The current geopolitical situation has also lent a sense of urgency to energy transition discussions. Industry is struggling. Ordinary people are feeling the impact in terms of their gas bills. While climate change is sometimes wrongly perceived as a distant problem, the challenges associated with energy dependence are clearly being felt right now. This increases the pressure to act, broadens the acceptance of other solutions and shows the hidden costs of fossil fuels, making alternatives suddenly more competitive. 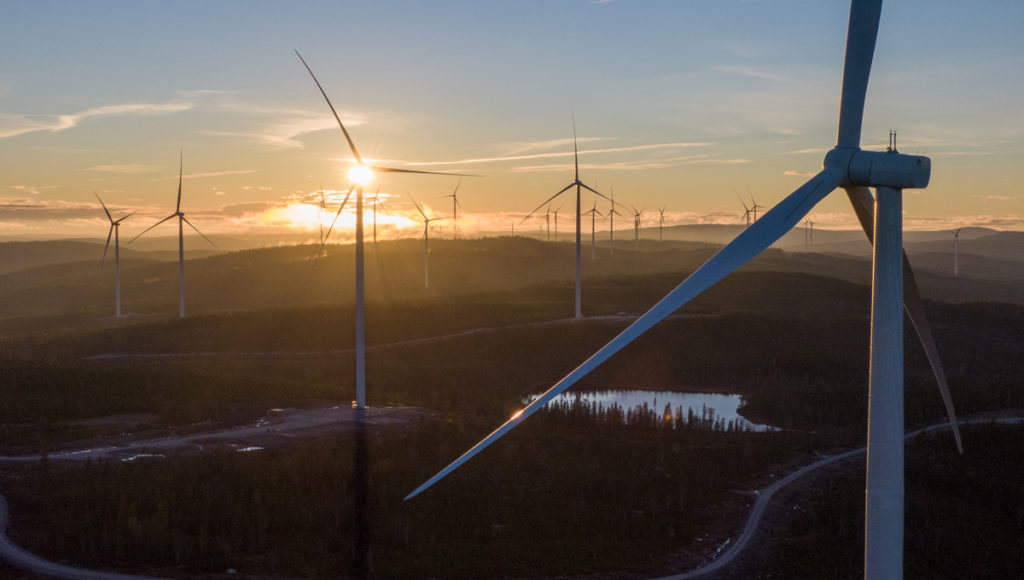 Prime Capital recently established a joint venture with CPC Finland to develop a green hydrogen and e-methane plant in Kristinestad with a capacity of up to 200MW. Construction is scheduled to begin in 2024, and CPC Finland will provide 600MW of renewable energy projects to the JV. This is expected to cover at least 80 percent of the electricity demand.

At the same time, Prime has acquired a cluster of three Swedish wind farms with a total capacity of 290MW from RES, with commissioning scheduled for 2025. Part of the green electricity is slated for a power-to-X project in the region.

Which geographies are proving most interesting when it comes to power-to-X projects?

MB: When looking at large-scale, centralised power-to-X projects, access to low-cost and ample green electricity supply is vital. Other considerations include proximity to consumption centres, sufficient grid capacity to supply the necessary green electricity and access to relevant supplies for the process, in particular water for electrolysis.

Prime Capital is currently invested in power-to-X projects under development and construction in Finland, Norway and Iceland, with further investment opportunities in Sweden and Spain under exclusive negotiations.

What are the competitive dynamics around investment in power-to-X projects?

MB: There is currently very limited competition with regards to project development. There are some large players targeting utility-scale opportunities, but very few funds are involved in this space so far.

What are some of the challenges that investment in this sector presents and how can they be overcome?

MB: Naturally, a young industry faces a variety of challenges. These include the permitting of power-to-X plants, for which no clear guidelines exist, as well as developing valid business cases and uncertainty around future power prices. In addition, it is a challenge, but also a strategic advantage, to combine uncorrelated generation sources in order to maximise a power-to-X plant’s renewable load factor.

How are investors viewing power-to-X and how are you packaging the opportunity within the context of SFDR?

JB: By making these investments, we want to enable investors to have a
real-world impact on climate change mitigation, specifically by tackling the decarbonisation of both power generation and hard-to-abate sectors. For this reason, we are building a product that is categorised as Article 9 under SFDR.

Article 9 – or ‘dark green’ – products have high disclosure requirements and must have a sustainable investment objective. Specific KPIs for measuring the attainment of the objective must also be identified, monitored and reported over time.

In addition, we aim to provide a product to our investors that has a very high proportion of EU Taxonomy-aligned investments. This means the investments must make a substantial contribution to one of six environmental objectives and no significant harm to the other five. Both electricity generation from renewable sources and the manufacture of hydrogen and hydrogen-based synthetic fuels are covered under the EU Taxonomy objective of climate change mitigation.

There is real demand today for Article 9 strategies that deliver high disclosure standards, taxonomy-aligned investments and, most importantly, a real-world and measurable impact that makes them part of the solution to climate change.

MB: With our first fund, we were able to allocate up to 25 percent in power-to-X solutions. With our new fund, that allocation increases to 33 percent. Our ability to combine renewable energy generation with the energy transition aspects that power-to-X brings is a real differentiator. We control the entire value chain from production to offtake, which is enabling us to produce a product with lower risk and higher returns than a fund that focuses exclusively on either energy generation or energy transition. This is something that holds real appeal for investors.

What does the future hold for the power-to-X sector?

MB: Quite simply, power-to-X is the future of the energy transition. There simply aren’t feasible alternatives when it comes to decarbonising these hard-to-abate sectors. The world is finally waking up to this reality and we look forward to doubling or tripling our ambitions in this space.