Why is the development of efficient battery storage so critical to the energy transition story?

Batteries make electric power a storable commodity in diverse locations for the first time ever. Coupled with the falling costs of both solar PV and battery storage technology, that is a real game changer. Solar plus storage is now becoming cheaper than conventional power, which means buying renewables is simply rational behaviour – not altruism.

By enabling power to be stored, used, traded and priced in unprecedented ways, batteries create an opportunity for us to use more electricity, doing so more efficiently, at a lower cost while also reducing carbon emissions. It is a virtuous circle.

What alternative solutions under development appear to be in front?

On the one hand, battery storage is nothing new. We have been powering our portable devices with lithium ion batteries for over two decades. It is the energy density and the potential for the technology to get cheaper and more efficient that are changing the game.

Lithium ion is, and will likely continue to be, the dominant battery technology for electric vehicles for a while to come. It is also the dominant choice for stationary storage at the moment, because it has the benefit of mass market penetration and scale advantage through EVs. But we don’t think it is necessarily suited for large-scale deployment for stationary power storage as technology advances because it is not an inert technology. There are quite a few operational risks with lithium ion, which is very topical right now because of recent fires at several battery storage sites that use this technology.

Certainly, for behind-the-meter storage applications in residences, factories and co-locations, the potential hazard risks posed by lithium ion batteries need to be considered against rapidly evolving battery chemistries such as lithium phosphate, which is not as dense as lithium ion but is certainly more inert.

More interestingly, there are aqueous batteries that are now coming into the commercialisation phase. In fact, we are invested in an aqueous battery that shows a lot of promise. We feel that these types of batteries could become category killers for behind-the-meter applications once they reach the efficiency and cost targets that they are rapidly moving towards. We think that aqueous batteries have more appeal intrinsically as an investable asset than flow batteries in terms of not only upfront cost, but also long-term operations and maintenance expense.

What stage is battery storage at from an investment proposition point of view? Is it fit for institutional investors?

It really depends on the use case. If there are, say, six different use cases for batteries in a modern power system, only a couple of them are currently fit for institutional investment in our view – certainly in an infrastructure context. A lot of standalone battery use cases not coupled with solar PV – ancillary services or frequency response, for example – are very difficult to contract for in most power markets, where regulation for battery storage is severely lagging the technology. And if the use case doesn’t feature some material degree of contracted revenue, then, in our view, it is still a bit too nascent for institutional investor adoption.

“Leading global manufacturers … seem confident that, within a few years, lithium phosphate solutions will be as competitive as lithium ion for stationary storage”

These use cases specifically try to exploit price and revenue volatility in power trading and therefore can present a lot of risk to investors – so, not necessarily the characteristics we look for in an infrastructure investment. Note, however, that certain projects can offer a lot of short-term revenue upside, so the returns can be extremely attractive if you are selective. A diversified portfolio approach is sensible in cases where exposure to these risker assets is contemplated.

There are use cases where you do have that long-term contracted revenue certainty for investment in battery storage. Our Gemini project in Nevada is a case in point. That application focuses on time-shifting, where the battery stores solar power generated in daylight hours and then discharges that power after sunset when power is typically more expensive. The power produced by the combined solar and battery is contracted at a fixed price for 25 years, which makes that use case a pretty compelling risk/return opportunity for our institutional investor clients.

Other use cases, such as grid support services, may have more contracted revenues in the years to come but we are not there yet.

How competitive is the investment market for these more infrastructure-like battery use cases?

The landscape has changed significantly in the last 12-18 months. Batteries are more differentiated now, not in terms of who buys them, or even who develops them, but more on who can get them financed and operate them safely and reliably – in other words, who can persuade a financier that they have a business model that works, that they understand the risks involved and that theirs is a revenue use case that is deserving of equity or debt support.

Just as anyone can buy a solar module, so anyone can buy a battery. There are very low barriers to entry in that sense. But batteries are also far from risk-free and much of the recent hype doesn’t acknowledge that. They have their own behavioural dynamics from an operating and performance perspective which is very different to any other power supply asset. So, it’s really about which investment managers have a strategy and a use case that can convince equity and debt investors that their money is being appropriately invested.

Pundits are saying that within five years, there won’t be a solar project without a battery. That might be true, and we are already starting to see signs of that proliferation. But while there is a lot of development activity going on, not a lot of that is being financed by institutional equity just yet. 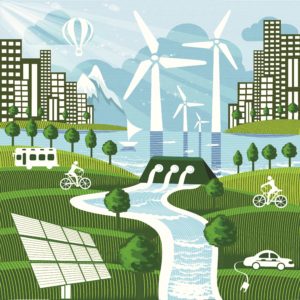 Why are contracted revenues more important than ever for long-term energy infrastructure investors?

In our view, contracted revenues have never been more important for power sector investing, in general. With batteries, there is a high degree of technological redundancy risk in both performance and cost terms, given we are still so early in their evolution. We have seen this before with solar PV. If you invested in solar in 2010, unless you had contracted revenues, people would have been buying modules at half the cost three years later and severely undercutting your required selling price. This is our concern with many merchant solar and battery storage projects being announced in our markets. We think many sponsors may have underestimated what’s coming.

The understanding of what contracted revenues mean, in the infrastructure context, is changing as well, in our view. It used to mean price certainty first and foremost – protection from price volatility and reassurance that you have a high credit quality customer that will be around in, say, 25 years’ time. These days, when it comes to batteries, contracts are also about sharing obsolescence and levelised cost of energy risk with the offtaker, to ensure you are not going to be out of the money if the cost of batteries halves in the next three years. That’s a big threat, given the types of projections being bandied around. No one really believed the forecasts for declining solar costs in 2009 and 2010, but they ended up being conservative.

There are a lot of business models out there where protecting the return of invested capital is a huge risk for the equity investors. This is key for institutions and only contracted revenues offer that required certainty.

The other issue to keep in mind is that there is a direct correlation between the growing proliferation of solar and batteries and what the future value (and therefore price) of electricity is going to be. That future price trajectory is one of the biggest risks in power investment these days. Putting solar and cheap batteries together could be one hell of a cocktail, so from that point of view, contracted revenues have never been more important for an investor.

Are there any other challenges you would associate with this part of the market?

Right now, we see that a lot of sponsors are going for the cheapest battery product they can find to configure that low cost into their overall project. But not all batteries are created equal and there is a great deal of regulation being considered at the moment, especially in the US, in order to make batteries safer. There is a significant risk of retrofit regulation, particularly for those developers that are looking at batteries as a commodity and aiming to get the cheapest product they can by underspecifying the battery technically. It is like buying a car without seat belts or air conditioning.

Batteries don’t necessarily come from the manufacturer with all the things you need to make them safe and to enable them to be well controlled. You have to be careful with the specifications that you include when procuring batteries if you have the attitude that you are making a 15- or 20-year investment. My fear is that a lot of batteries are being procured with very basic specs and that they won’t be safe because the developer does not intend to hold them long-term. There is a wave of new regulation coming that can only be mitigated by configuring the batteries with specifications that are ahead of the curve so far as is practicable; that is going to cost more money today, but probably a lot less tomorrow.

What do you think the future holds for battery storage and its place within the energy transition narrative more broadly?

I think it is undeniable that, within the sphere of energy infrastructure, batteries are a huge catalyst that has, arguably, come a decade later than ideal in terms of the much-needed energy transition. We think the coupling of the right type of batteries with solar, in particular, is the biggest game in town, which is why Quinbrook is specialising in this area.

There is absolutely no question that battery storage is a game changer and we want to be known as one of the world’s leading expert investors in the development, construction, ownership and operation of solar coupled with battery storage. That said, there will be mishaps along the way. There will be investors that end up being disappointed. We have seen that in plenty of other sectors where there has been an explosion of activity and a lot of product being manufactured in a short period of time. That level of excitement, combined with a great deal of cheap money, usually means that there will be some poor outcomes – which we obviously plan to avoid.