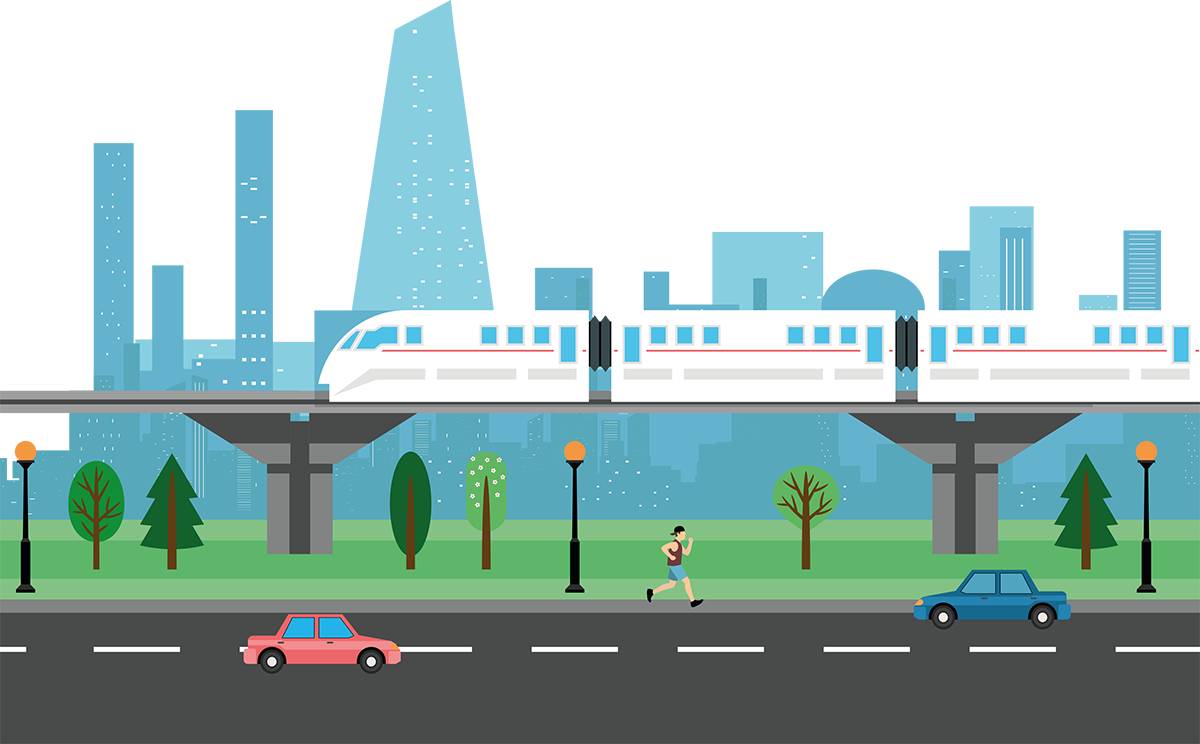 The events of 2020 are set to have a transformative effect on transport infrastructure as lockdowns have led to a surge in remote working and a drastic fall in traffic of all kinds.

Lockdowns and restrictions, combined with uncertainty around the shape of the economic recovery, will pose challenges for many assets, and those that own them, in the short and long term. And the world is unlikely to go ‘back to normal’ for some time. Even when a vaccine is rolled out and lockdowns end, the virus could have a lasting impact on this still vital element in all our lives.

Some sectors have been affected more than others. Leisure travel has collapsed, for example, but some essential business trips have kept vehicles moving. Cargo flows have been more resilient than passenger traffic throughout the pandemic as people have increased online purchases.

So, through all of this profound change, how can investors best allocate to infrastructure?

Airports have been hit the hardest by covid-19. Global air passenger traffic has fallen by around 75 percent this year and is not expected to fully recover until 2022 or 2023. Even when tourism rebounds, air travel is likely to be subdued for longer, according to forecasts from several leading airlines.

“The aviation industry as a whole, from airlines to baggage handlers, has been dealt a heavy blow,” says John Bruen, senior managing director at Macquarie Infrastructure and Real Assets. “It will likely take a few years before the wider aviation ecosystem returns to what it was before the pandemic.”

However, not all airports are the same. Those serving the business aviation sector, for example, have proven resilient and are returning to pre-pandemic traffic levels. “This passenger segment is likely to continue to fly private over commercial where they can, attracted to the social distancing it offers,” Bruen says.

Traffic on European toll road networks recovered well over the summer, ending just 5 to 10 percent below last year’s traffic numbers, says Bruen. However, more challenges have arisen since several countries restarted national lockdowns. “Broadly speaking, road assets have rebounded strongly and are well on the way to returning to a growth trend, particularly as people look to avoid public transport.”

Nevertheless, demand is harder to forecast, according to John Mayhew, head of infrastructure finance at M&G Investments.

“With regard to roads, national networks have diversity, but the same cannot be said for local single asset names,” he says. “When the more localised lockdowns came into effect, the diversification with broader toll road networks was certainly a benefit.

“In the late summer, French road networks had largely recovered, with traffic only 5 percent below the previous year – networks in Spain and Italy showed slightly bigger reductions.”

A collapse in commuter volumes has hit the rail sector hard, and uncertainty remains over the longer-term impact on business travel.

Nick Langley, manager of the ClearBridge Global Infrastructure Income Fund, expects railways to benefit from airlines losing a chunk of their business travel. “Eurotunnel has a monopoly position and should have a big tailwind from governments as they try to change consumer behaviour,” he says.

Rail passenger volumes will largely depend on whether the remote working trend continues after the pandemic. As Mayhew points out: “Not every job is suited to remote working.” He adds that rolling stock companies with diversified franchises are expected to fare better than single franchise firms: “In reality, in the UK at least, they have been well supported by the government.”

As of January 2020, 76 percent of the rolling stock on the UK’s railways was owned by the ROSCOs, compared with 87 percent in 2017. The remaining 24 percent is now mostly owned by private investors such as Rock Rail. Its chief executive Mark Swindell believes rail will be the main method of travel between major cities in the north of England and into and out of London in the future.

“There’s no other greener, more modern 21st century way of transportation,” he argues. “We will learn to live with covid-19 – whether we get a vaccine or we continue to wear masks in the long term. People will have a different relationship with their cities and the season ticket commuters will no longer provide the bulk of the funding of the railways.”

Swindell thinks the number of passengers on the railways in the north of England could double in the next 20 years. “The network there is not fit for purpose,” he says. “It needs to be better and we need to be more ambitious about creating a robust train network with modern infrastructure. There is a big role for private finance in the railways.”

Swindell also expects more infrastructure funds and institutional capital to set up office in northern England. Rock Rail is set to open an office in York early next year.

Transport infrastructure businesses will be impacted from time to time by periods of volatility because their revenues are linked to GDP. Despite this, Macquarie’s Bruen is confident these investments will recover because they are relied upon by economies and
communities.

“Airports, roads, ports and rail assets will all play an essential role in the economic recovery and will be important components of any diversified infrastructure portfolio,” he says.

Investors will need to critically assess what really fits with their traditional definition of transport infrastructure in a post-covid world.

They will also need to be prepared to shift allocations more quickly, according to Peter Stonor, global head of transport, infrastructure and industrials at VTB Capital. Covid-19 has “accelerated the big picture trends” already being followed by infrastructure investors, he says, citing digitisation and the energy transition from fossil fuels to renewables.

“There is a growing consensus that more sustainable infrastructure businesses deliver better investment performance over the long term,” says Bruen. “We have seen this theme play out in the transport infrastructure sector in recent years, with both investors and operators focused on energy efficiency and reducing emissions.”

Bruen adds that collaboration is needed to decarbonise transport infrastructure: “Whether it is a motorway supporting the rollout of electric vehicle charging infrastructure, or an airport accessing renewable energy to achieve carbon neutrality, there are lots of great examples of the industry embracing this opportunity, and that is quite
exciting.”

Lockdown has highlighted the importance of protecting investments against downside risk.

“Investors will need to reassess their operational and financial leverage [key performance indicators] to better understand the resilience of their infrastructure portfolios to withstand prolonged shocks such as a global pandemic,” says Stonor.

There are likely to be greater differences between the ‘good’ and ‘bad’ assets, which means investors will need to be selective.

In addition, they will need to be more mindful of not being overexposed to one asset or sector. Investing in a single road, such as a major motorway, can expose investors to changes in volumes of traffic. But investing in a network of roads or motorways means that, if there is a local lockdown in one region and other regions are not affected, the business remains resilient, according to M&G’s Mayhew.

“These single assets certainly exist, and we are happy investors in some of them,” he says. “But there is naturally greater potential cashflow volatility compared to more diversified transport groups, such as the larger European toll road networks.”

Mayhew believes asset managers should look carefully at liquidity, be patient and focus on picking the right assets for investors – not only from a risk point of view, but also from a reward perspective.

“There are a number of smaller transport businesses with which we were happy from a credit perspective, but where we felt we were not being adequately compensated for the risk,” he says. “As broader perception of risk increases, some of those may revert to more sensible pricing and represent opportunities.”

Historically, there has been high demand for transport assets, which has had an impact on price. Some investors may choose to reduce their exposure to the transport infrastructure sector in the wake of covid-19, given the numerous challenges outlined above. However, Mayhew says a fall in demand could open up opportunities for more appropriate pricing of debt investments.

New opportunities could arise through privatisations as government balance sheets come under more pressure to pay for the huge support packages launched this year.

“In the shorter term, there will be opportunities for infrastructure investors prepared to move quickly, as the pandemic unearthed distressed investments and new [merger and acquisition] situations,” says Stonor.

Competition for key European assets may become less fierce in future. But as Macquarie’s Bruen argues, quality transport assets with demonstrable infrastructure characteristics will continue to perform over the long term.

“Covid-19 will prove to be only a temporary setback for the sector, with these assets to return to trend in the medium term,” he says. “Longer term, there will still be demand for transport as people will always want to travel, and this sector therefore remains
attractive.”