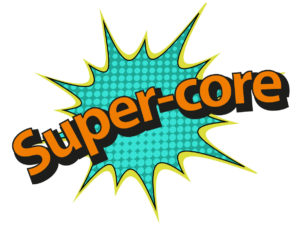 Among the shifting definitions of the various infrastructure investing strategies has been the increasing use of a new term: super-core. The latest classification is an attempt to show investors that there are still funds out there with a laser focus on what was traditionally considered core infrastructure: regulated or contracted assets.

In February, Macquarie Infrastructure and Real Assets reached a first close of around €1 billion for the second series of its Macquarie Super Core Infrastructure Fund, after the first iteration closed on €2.5 billion in 2018.

The second series is understood to have a minimum target of €1.5 billion and could raise as much as the first. A third series is also expected.

The fund has a lifespan of 20 years and targets net returns of 7-8 percent with a 5 percent cash yield, according to pension documents seen by Infrastructure Investor.

The firm declined to comment on the fund, citing regulatory concerns. However, Brookfield alternative investments chief executive Craig Noble said in a Q4 2019 earnings call that the fund, alongside similar super-core strategies in real estate equity and debt, “could grow to be tens of billions of dollars”.

JANA senior consultant and co-head of infrastructure Claire Simpson says these funds enable managers to invest in core infrastructure assets of a type that they know well but that do not meet the return hurdles of existing vehicles.

“Separate vehicles have been formed to accommodate these types of investments, which target a lower return and lower fees,” she says.

“The majority of overseas infrastructure funds are focused on closed-ended, core-plus-style investors, whereas certain LPs are looking for assets that can be owned in perpetuity, through an open-ended vehicle, that they can grow with.”

As one fund manager with knowledge of super-core strategies puts it, when infrastructure investing first emerged, assets were generally either classed as infrastructure or not. “As it has evolved, it has become a little more akin to real estate, where you have a certain part of the market that is lower risk, more contracted and with higher-grade counterparties,” the manager says. “The risk profile is much lower and the returns are commensurate with that. That has started to happen in the infrastructure space.”

For assets to be considered for super-core funds, they need to be regulated or generally have contracted revenues for at least 20 years.

“There is a great stability with these assets and you are usually investing in things that are fully operational, in a steady state,” the fund manager says. “There is not a lot of growth associated with them and their cashflow profiles are stable, and there is not really any volume or GDP exposure.”

Investors will miss out on the upside that comes with core-plus or growth funds. But if they have chosen to invest in a super-core strategy, they will be fine with that.

Many LPs would actually prefer this kind of fund for their infrastructure allocation, rather than something that looks higher-risk and is achieving returns more akin to those from less defensive asset classes.

“A primary reason why investors are considering super-core strategies is that most of the managers have moved up the risk curve towards higher-risk, core-plus investments,” Simpson says. “While there is room for such higher-risk assets in infrastructure portfolios, investors still fundamentally want core infrastructure exposure.

Fees are also generally lower, especially for those investors willing to participate in co-investments alongside pooled funds – an attractive element for many LPs.

The strategies were proving attractive before 2020, as shown by Brookfield’s and Macquarie’s success in fundraising. However, the emergence of covid-19 has, if anything, reinforced the benefits of having exposure to these types of assets, even if only as part of a wider infrastructure portfolio.

The fund manager says the pandemic has accelerated interest in these types of strategies because of the shocks seen in other markets. “This kind of backdrop makes a super-core strategy very, very appealing,” the manager says. “Even during a pandemic and global lockdown like nobody had ever experienced before, you still have these essential assets that are operating and producing a predictable cash yield, with almost no hiccup.

“This is especially true now that governments around the world have lowered interest rates again, to the point that they basically can’t go any lower. So where else are investors going to get that yield?”

Another investment consultant, based in the US, points out that the super-core idea has been around since the beginning of infrastructure investing. And although it would be unfair to call the new fund moniker a marketing label, it definitely marks a return to what traditional core infrastructure funds used to target before style drift took hold.

“The label is about how funds bring in duration, how you maximise yield and how you become a long-term owner of these assets,” the consultant says. “These types of funds were tried years ago, but they were met with blank faces, because no-one could understand why you would invest in something where you would get a lower return.”

The consultant believes that the key to super-core funds’ long-term success will be whether they can achieve the requisite scale to purchase sufficient assets to generate a large enough cash yield in the way core real estate yield funds do.

“It will hinge on whether super-core infrastructure can become scaled and institutionalised to the point where you think of these funds almost as the beta to the market, in the same way the real estate funds are,” the consultant says. “That would be the real coming of the infrastructure asset class and these funds would represent the benchmark.”