This article is sponsored by Campbell Lutyens.

Which were the first institutions to recognise the potential of infrastructure as an asset class?

Macquarie was undoubtedly the first to latch on to the infrastructure proposition. It recognised the opportunity to raise funds from third-party investors back in the early 2000s. The big buyout houses, which had been losing out on deals to the Australians, wanted a pool of money that was competitive in terms of cost of capital. Investment banks generally came at infrastructure from a structured finance perspective. What has been remarkable is that all these years later, Macquarie still holds a leadership position.

How have institutional investors’ appetites evolved over the past decade?

The key determinant of investor appetite is where the underlying capital is coming from. If the capital for infrastructure is coming from fixed income, we have something like $12 trillion of sovereign bonds with negative yields, so it’s not surprising that the search for yield in asset classes like infrastructure and real estate continues. If the capital is coming from private equity allocations, the emphasis is on higher-risk, higher-returning assets. But the risk parameters of core, core-plus and value-add in infrastructure, unlike in real estate, mean very different things to different people in the asset class. That segmentation is not straightforward in infrastructure.

How have forms of intermediation changed between the suppliers of capital and those investing that capital?

In the immediate aftermath of the financial crisis, the debate, in the UK at least, was all about the Canadian model and how to grow a direct investment capability. Since then, there has been a growing realisation that the compensation and governance structures required can be challenging. Having the wherewithal to originate, execute and then asset manage in-house – for an allocation that may be at most, say, 5 percent of the total AUM – just doesn’t work for the vast majority of institutional investors.

Another change is that investors are increasingly comfortable with longer holds. They recognise that a 10 plus 2 private equity structure just doesn’t work for most infrastructure assets. They also recognise that private equity-style incentivisation structures, with carried interest over a hurdle, may work at the higher-risk, higher-return end of infrastructure. But where investors are looking to access stable and predictable cashflows with returns in the high single digits, that model is not appropriate. As a result, super core funds and a few more open-ended structures have emerged. But I think there is more innovation to come.

That leaves us with aggregators, such as Pantheon, BlackRock and StepStone, providing a combination of primary fund investment, co-investment and secondaries to a growing number of institutions. Meanwhile, the influence of the main investment consultants as intermediaries has diminished.

What new sources of capital do you expect to see?

The big story here is the capital we are seeing coming out of Korea and Japan. The scale is not particularly visible because a lot is going through gatekeepers, but the sheer quantum of infrastructure capital – debt and equity – being exported from those two countries is extraordinary.

In terms of new sources of capital, I think we will see defined-contribution pension plans finding a way to invest in unlisted infrastructure, although this is still pretty nascent. Finding a mechanism to satisfy the liquidity requirements of DC pensions, while at the same time investing in unlisted assets, is the nub of the challenge.

What changes have you seen in terms of where infrastructure sits within broader portfolios?

How much control do investors exert over portfolios in terms of geography, stage, size and sector?

Many investors have reached a stage where they are taking a core and satellite approach to portfolio construction. They have a base load of funds providing them with their global exposure to the asset class, and which have largely performed very well. Investors can now make individual decisions around specialist managers or particular geographies or sub-sectors to seek outperformance. Co-investment and SMAs are also being used as mechanisms to control the composition of portfolios, while subcontracting the management of those assets to a manager they already know and trust.

What role does infrastructure debt play in investors’ portfolios?

But they are insufficient for the vast majority of pension funds. However, as some of those pension funds mature, they may wish to dial down risk exposure in equities and move into fixed income. Some of the opportunities in the subordinated debt space then become appealing.

How mature is the secondaries market for infrastructure?

We have seen very significant growth in secondaries activity, as you would expect when the primary fundraising market has grown so substantially. But the interesting thing about the investor mix is about how it has broadened from professional secondaries players to embrace a number of traditional private equity secondaries funds and institutional investors.

Increasingly, as in the private equity world, the infra secondaries market is seen as a way of acquiring diversified portfolios of brownfield, operational assets.

But it is the number of GP-led, as opposed to LP-led, solutions that is perhaps the most interesting development. For example, as the pre-2008 funds come to the end of their natural life, managers have been, with our help, finding liquidity solutions for those remaining assets in the secondaries market.

What other risks would you say the asset class is facing?

The first point is that regulatory risk and political risk are often conflated. Regulators get blamed for political interference. In many cases, it is not the regulators behaving inconsistently or irrationally.

But that said, the regulatory pendulum between investor interests and consumer interests has moved significantly in favour of consumers.

Regulatory risk is highly relevant, and not just in the UK. For example, Swedish regulators recently cut the cost of the allowed return for electricity businesses like Ellevio significantly. The second point is that I am not convinced investors are articulating their case in a constructive way. The only way to mitigate political risk is through diversification and active engagement with politicians, civil servants and regulators.

Frankly, the levels of engagement by institutional investors are pretty disappointing, except through their investee companies. 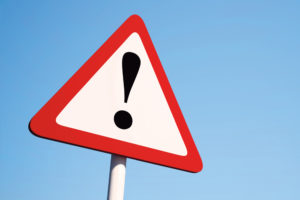 Some investors were undoubtedly burned by their infrastructure exposure during the financial crisis. How is the industry preparing as we near the peak of another cycle?

There’s no doubt valuations are elevated. And there is quite a lot of anecdotal evidence of poor underwriting discipline. There are definitely investors bidding upside cases and that feels dangerous with the headwinds.

However, there is more equity going into transactions than was the case in 2006 and 2007. Leverage has not gone away as an issue. It has shifted to other places. For example, there is a huge increase in subscription lines. But there is a greater equity buffer, so in terms of a potential downturn, perhaps we should look elsewhere.

There is also a huge amount of fundraising activity. Many managers are raising as much as they can on the basis that they don’t know when they will be back in the market or how benign fundraising conditions will be.

How do you expect investor appetite for infrastructure to evolve as we look ahead to the next decade?

Defined contribution pensions will definitely be one of the interesting themes, as I talked about earlier. Developments in data analytics could prove important.

That will help investors understand what they have in their portfolios and how they can adjust exposures based on that knowledge. BlackRock’s recent acquisition of eFront to help supplement its Aladdin platform was a significant development in that regard. Hamilton Lane also talked about the importance of its Cobalt system in its latest annual review.

In addition, I think we will see more sophisticated disclosure around value creation in the private infrastructure world. A lot of how returns were generated over the past ten years has been around falling interest rates and multiple expansion.

It’s not realistic to believe those factors will provide anything like the same contribution going forward, so true value creation will become more important. Private equity managers are better at telling this story, and infrastructure has some catching up to do.

There is also increased appetite for specialists. Digital Colony, for example, captured investors’ imaginations based on the team’s specialist knowledge of the digital infrastructure space.

Finally, I hope the asset class will prove itself to have the defensive characteristics so that when the market turns, it will still perform better than other asset classes on a relative basis.

If infrastructure can prove itself through a downturn then its future as an asset class is very bright indeed.