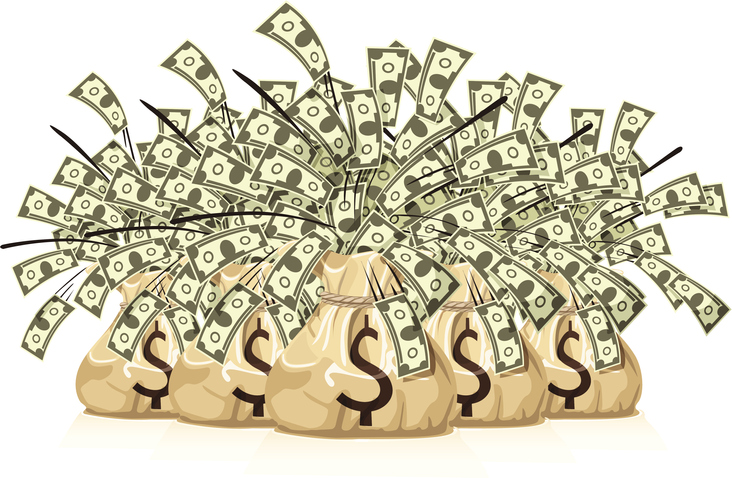 Home News & Analysis The top 15 oversubscribed funds of the past year raised $33bn above...

The infrastructure fundraising market has been so hot for the past few years that fund targets have become indicative, hard-caps have proven surprisingly soft, and revised hard-caps are where many processes end these days.

Which is a playful way of saying that the difference between what fund managers set out to raise and what they actually end up raising is wider than ever. How wide? Ranking the top 15 fund closes of the past 12 months by how much money they collected above target shows GPs have raised $33 billion more than the $77 billion they set out to raise.

The $33 billion these 15 funds collectively raised above target is also roughly equivalent to the average quarterly amount of $31 billion raised over the past three years.

What’s more, GPs are raising those record amounts faster than ever, with average time on the road for those 15 funds standing at just under 15 months.

“It’s well understood we’re in a buoyant fundraising market and that is likely to continue,” Louisa Yeoman, co-founder of placement agent Astrid Advisors, told Infrastructure Investor. “Generally, LPs have been supportive of big brand names surpassing their targets,” she said, adding that “strong re-ups after covid” have played a part in that.

However, LP confidence in managers being able to deploy those larger amounts is dependent on track record, as well as evidence they have strengthened their teams accordingly and proof they are not engaging in style drift, Yeoman pointed out.

Some of her points have been echoed by the managers on our list that have surpassed their targets the most.

Vincent Policard, KKR’s co-head of European infrastructure, told us that investors were relaxed about the increase in the size of its fourth flagship – which was targeting $12 billion but ended up closing on $17 billion – partly because of its co-investment track record. “Investors look at how much has been deployed. For Fund III, in addition to $7.4 billion [raised], we actually deployed about $12 billion, when including co-investment,” he explained.

InfraVia Capital Partners partner Bruno Candès said LPs were supportive of its latest European fund’s €5 billion final close – it was originally targeting €3 billion – in part because the French manager was able to reassure them it would stick to its game plan. “We have a very transparent, trust-based relationship with our LPs,” Candès said. “So, when we explained to LPs that Fund V’s size did not mean strategy drift, it just meant the ability to do more deals and deploy capital as assets grow or get consolidated inside platforms, they understood that.”

Still, some of these differences are significant, with the 15 funds on our list closing, on average, 51 percent above target – and three of them closing 92, 95 and 100 percent above target. In InfraVia’s case, for example, the €2 billion separating Fund V’s target from its final close is the exact total amount raised by its fourth fund, which closed in 2018. The $5 billion raised above KKR Global Infrastructure Investors IV’s $12 billion target is also not far off the $7.4 billion amassed for its third flagship, which also closed in 2018.

“People tend to look at their prior funds and set reasonable targets to aim for,” Yeoman commented, highlighting there is a “real opportunity for mid-market managers to strengthen their platforms [as they move] into the space left by those who are now considered large-cap names [as well as for] specialist managers focusing on the energy transition and digital infrastructure,” two sectors getting a lot of LP attention.

The latter is borne out in our data, with DigitalBridge’s sophomore digital infrastructure effort and BlackRock Real Assets’ third global renewables power vehicle in the top 5 of funds that have raised the most above target over the past 12 months. The increase in LP appetite for energy transition strategies was particularly fruitful for BlackRock, which nearly doubled its Global Renewable Power Fund III’s $2.5 billion target to close on $4.8 billion last April.

“There’s been a very substantial change in the last two years and GRP III [which launched in early 2019] has played into that structural shift, which in my mind will dominate the next decade,” Jim Barry, global chief investment officer of BlackRock Alternative Investors, told us at the time of the close.

A source involved in several recent fundraising processes argued “the industry has now entered into an asset-gathering phase [with] managers looking to tick every box in terms of the product matrix” via the launch of new product categories.

“We’ve had a golden decade with the most supportive fundraising environment possible and no major problems, so managers have been having an easy ride,” the source said, adding GPs might be “looking to fill their boots ahead of an expected market correction”. Another motivating factor for managers may be a desire to “gather AUM ahead of a future liquidity event, such as a listing”.

LPs, then, should keep a few things in mind as they navigate this buoyant fundraising market, the source suggested. One is to keep an eye out for strategy drift, as Yeoman highlighted earlier. Another is to probe the strength of the new products that managers are launching. “When managers are branching out into different products, are LPs getting their A team?” the source cautioned.

Finally, the source advises investors to question the quality of the data that managers provide them: “With managers raising new funds almost as soon as their previous funds have closed, are investors really getting an accurate look at their track record?”