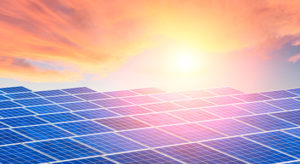 This will be the year where headlines declare renewables a “winner” of a pandemic, for want of a better term, although in truth, this year was one where several factors collided to bring renewables to the forefront of the infrastructure investment landscape.

Many of the tailwinds boosting the prospects of this sector were present before 2020 threw the world into chaos. Stable and future-proofed revenues with government-backed support set against a backdrop of a warmer planet, falling oil demand and prices, and an increasing focus on sustainable investing were just some of the factors playing into the hands of the growing number of renewables fund managers.

These trends were more turbo-charged than simply accelerated in 2020 when the coronavirus took its toll. Combined with the uncertainty faced by other sectors, renewables seemed like one of the few lights in a dark tunnel. This was helped by governments putting together recovery plans in the summer with green investment at the forefront – the European Commission’s overall €750 billion recovery plan being a particular example.

The logic is certainly translating into fundraising success. Copenhagen Infrastructure Partners has already raised €4 billion for its fourth flagship renewables fund, having launched the vehicle towards the beginning of the year with a target of €5.5 billion. Meanwhile, Stonepeak Infrastructure Partners is expecting a $2 billion close early next year on its debut renewables-focused attempt, and Norwegian pension and insurer Storebrand chose AIP Infrastructure II, a €4 billion renewables vehicle, as its first major infrastructure investment, subsequently joined by another six Swiss pension schemes.

The investment horizon is also being expanded. Vanilla wind and solar funds are still in demand but managers hunting for higher returns are now looking beyond such strategies, with hydrogen, electric vehicle charging infrastructure and grid-balancing assets amongst the offerings in today’s market.

Are renewables then an unstoppable force set to fill GPs’ pockets for years to come? Not so fast. The renewables market faces pressures similar to those that came to the fore this year, significantly impacting the wider energy market. Power prices have recovered from the dramatic drop seen in March and April but remain low for the foreseeable future, placing projects exposed to merchant power in difficult positions as to how they manage a risk that existed before the pandemic but has become significantly more prevalent across the industry.

In relation to this, renewables advisors working on projects across Europe and North America have told Infrastructure Investor that they have been spending substantial amounts of time working on power purchase agreement renegotiations, with contracts agreed to in the years before covid-19 no longer reflecting the realities of the market.

Despite the downward power price curves, the endless expectation of an eventual rise combined with asset owners looking to take advantage of the growing interest is leading to some difficulties, Herman Deetman, managing director at Infracapital, told our recent European Fund Management roundtable.

“In some transactions we looked at – such as pure renewables businesses, valuations were getting quite frothy, driven by investors taking a bold and optimistic view on power prices. I think what we’ve seen in recent months in terms of volatility underscores what most of us already knew – that a pure merchant asset is not an infrastructure investment, and we need to find ways to mitigate risks and reduce volatility in order for a pure renewables business to be an infrastructure asset,” he said.

Investors should also cast their eyes to France, where a successful European renewables market has been the victim of retroactive subsidy cuts by a cash-strapped government dealing with an economic crisis. Sound familiar?