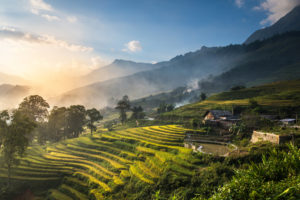 Zurich-based asset manager ThomasLloyd is aiming to raise capital from institutional and retail investors for its latest APAC-focused open-ended listed vehicle through a partnership with Allfunds, a fund distribution platform.

“Investment needs, particularly in developing markets, can’t be met by a handful of institutional investors, and you can see initiatives around the world aiming to give private investors the ability to invest in infrastructure,” Michael Sieg, chairman and chief executive of ThomasLloyd, told Infrastructure Investor.

The Sustainable Infrastructure Income Fund is an open-ended listed fund that will target unlisted infrastructure. Investors will become shareholders of the vehicle.

Allfunds is a funds solutions provider with over €370 billion assets under administration, currently offering close to 64,000 vehicles from 1,200 fund managers through its platform.

“We are providing the same characteristics as other infrastructure funds, but in a more flexible structure, that makes it easier to deal, settle, buy and sell, for [a product] with a lot of demand in the market,” Sieg said.

“We expect to see a particularly large interest in Europe, as [SIIF] allows investors to get instant access to infrastructure [assets] in Asia,” Sieg said.

For retail investors in the eurozone, the minimum subscription amount to the fund is €10,000, while institutional investors need to commit at least €1 million to acquire shares in SIIF, according to the marketing materials.

“[Surpassing €100 million] is an important benchmark, particularly to attract professional investors which might face concentration limits and similar obstacles to invest. It will provide tailwinds to keep expanding the fund size next year,” he added.

Sieg explained the vehicle will focus primarily on two regions: South Asia, including projects in India, Bangladesh and Sri Lanka; and South-East Asia. “Papua New Guinea, Vietnam, Indonesia and the Philippines play an important role for us, as we are working closely with development finance institutions,” he said.

In 2016, the fund manager signed a $161 million loan agreement with the International Finance Corporation and the Canadian government to build three biomass energy plants totalling 70MW of capacity in the Philippines. Senior secured bonds for the projects have been transferred to the SIIF as seed assets, Infrastructure Investor understands.

Sieg stressed the GP can adapt its investment decisions to the changing political and economic landscape of the region. “In some occasions, we will develop and sell a project because we are not comfortable staying as the operator, while other times there might be an interest in being a long-term investor in a country,” he says.

Sieg revealed the fund is aiming to create a platform focused on water treatment in the region, and it also expects to invest in mid-size solar power projects in India during 2019.

The fund will follow its pure-play impact investment strategy, which aims to generate a positive environmental and social impact through infrastructure, evaluating the impact of the project before and after its construction.

“Regarding sustainability, most people believe that as long as it’s renewables, it’s sustainable. However, I’ve seen enough solar plants in Asia being built by child labour,” Sieg said.

“For us, impact investment means taking a holistic approach from both an economical  as well as a social point of view, cherishing labour law during the plan, [monitoring] the working conditions in the plant […], as well as measuring the project results, not just on the carbon side, but also the jobs created locally, directly and indirectly,” he added.

SIIF´s offering memorandum states that the fund will only invest in countries “with [a] stable political system and with a transparent and enforceable legal system”. The document notes that “proven ongoing human rights violation[s] and serious corruption” are included among the relevant criteria used to assess whether to invest in specific countries in the region.