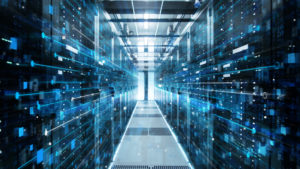 Data is getting central

The case for data centre investment continues to grow, both for high-reliability, high-security centres for the likes of Google and Amazon and also smaller, more local centres located closer to the communities that require them.

“The combination of these two things is shaping the market,” says Bruno Candès, partner, InfraVia Capital Partners. He notes that both large, global platforms and smaller, regional ones can be successful, depending on the needs of a given market.

The firm’s experience with NGD is illustrative. When InfraVia invested in NGD it was very much a small-cap business. Although it has now become a national heavyweight, it will not be going global by expanding overseas. Instead, separate assets in InfraVia’s portfolio will serve to provide that diversification.

Europe is quite some way behind the US in fibre deployment, although this is only part of the story. A closer look reveals that parts of Europe actually have far more developed fibre than others, yet the significant sums being poured into fibre provide one of digital infrastructure’s clearest developmental avenues.

“Fibre markets offer great opportunities, although some European markets are already quite well built out,” says Willem Jansonius, partner at DIF. “The Benelux and Nordic regions, for example, are competitive and fibre penetration is high. Other countries, such as the UK, France, Germany and Italy, are still a fair way behind.”

Fibre is increasingly being seen as a necessary utility, ranking in importance alongside the likes of water and electricity. To catch up with its more developed European neighbours, £10 billion ($13 billion; €11.6 billion) is set to be invested in UK fibre in the next five years.

5G is where to be

Billions could also be spent bringing Europe’s 5G capabilities up to scratch. Again, the continent lags behind other parts of the world. 5G is where to be

“Operators still need to spend millions – or billions – to build networks,” says Izzet Güney, managing director, Cube IM. “And then they need to provision the networks, so people sign up. We are many years away from having a fully fledged 5G industry. Go to Asia-Pacific and it’s already up and running.”

Even 4G necessitates more towers and equipment, thus providing a basis for growth over the coming years – and this is certainly not restricted to Europe.