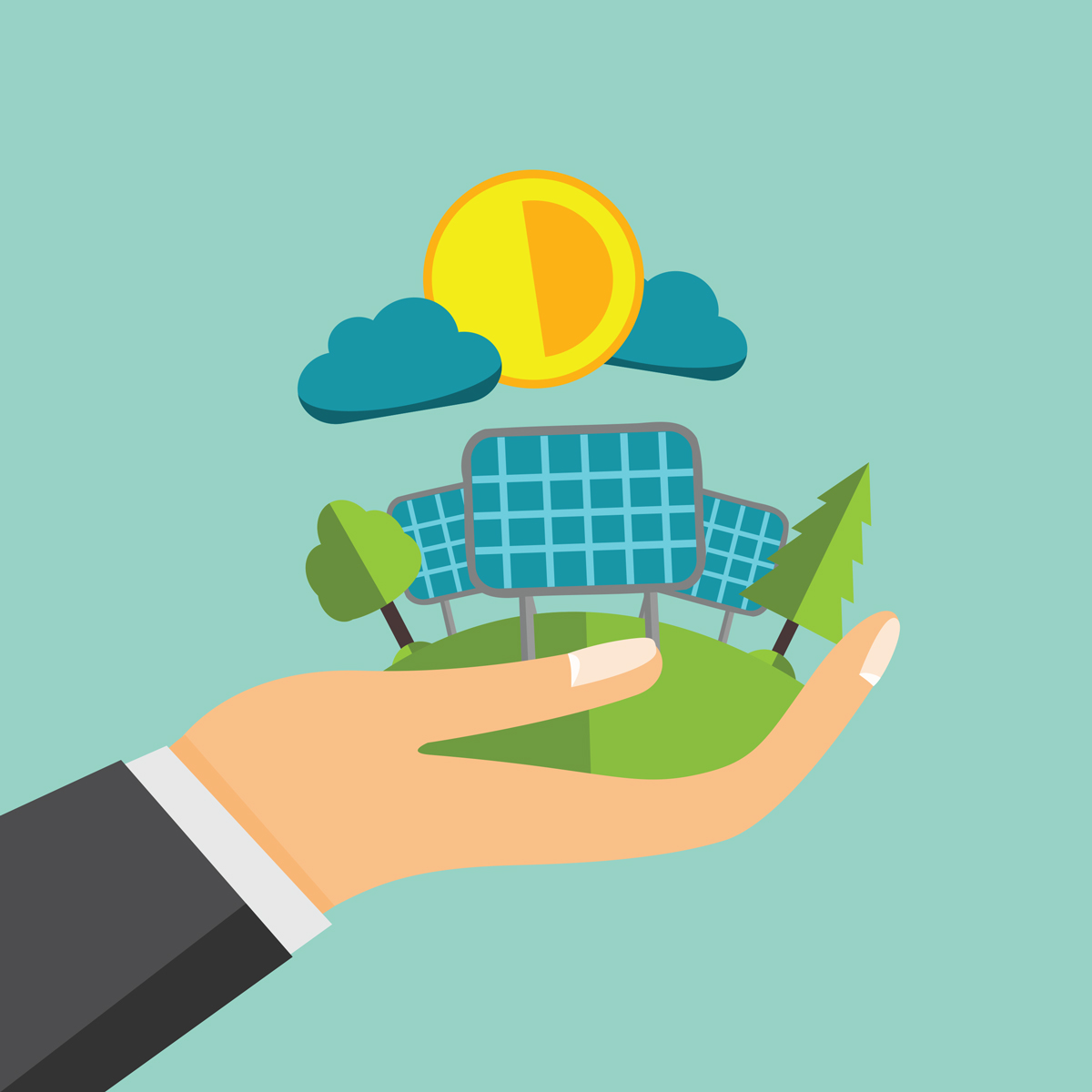 This article is sponsored by True Green Capital Management

While other investment markets may have been hit hard globally, the pandemic has accelerated development in the renewable energy market. The attractions of distributed energy – which is at less risk from viruses and other mishaps than big power plants, which concentrate power production and congregate large numbers of workers in one place – have become clearer, sharpening investors’ appreciation of the merits of sustainability.

Certain areas of the US and Europe are prime investment markets for distributed clean energy. Panos Ninios, managing partner and co-founder of Connecticut-based renewable energy infrastructure firm True Green Capital Management, looks at where the most attractive opportunities are.

How do you see the US distributed solar power generation market?

Clearly, the market is growing very rapidly – there is broad industry consensus that solar and wind together will comprise more than 50 percent of the global power generation mix by 2050 – and it is growing in two ways. Not only is the volume growing, but the margin you can capture is also widening, so it is a very profitable business.

First, there is more demand for renewables in general, which increases the volume. A recent TechNavio report suggested that the global distributed solar power generation market would grow by $51 billion between 2020 and 2024.

Second, the margin you can capture in this investment is rising asthe cost of building solar decreases every year. At the same time, the price you receive for selling power is relatively constant compared to fossil fuel-generated power.

Solar coupled with batteries is more reliable than other forms of renewables and can bring reliability and resilience to the grid.

ESG is a central consideration. For example, if we were presented with a big project in the middle of the desert in California, we would immediately say no because it would not have the kind of societal impact that we, typically, look for.

A really good example is our community solar project in upstate New York. Community solar is a form of adding solar generation to the power system by building small plants at the edge of towns and selling back the power to the town residents and businesses – it is like having their own local power plant.

With that arrangement, a solar investor has to operate a retail business, finding customers one by one. It is community-oriented because it creates local construction and administrative jobs, while people get the benefit of buying power at a discount and local organisations and charities may benefit from our power marketing programmes.

Green power is getting cheaper and it is small and regional, using local labour and electricians. In some cases, veterans are trained to build rooftop distributed commercial and industrial solar power plants.

Solar power plant construction puts money into and benefits the local community, so projects like these have a strong appeal.

While it provides other benefits, does an ESG focus hurt a manager’s
bottom line?

On the contrary. We look at all investments from the starting point of making money. First and foremost, we want opportunities that generate attractive returns, and these exist in distributed solar. Community solar and in-town industrial solar happen to be great examples of both – doing good with a high ESG impact and making attractive returns, as well.

Ultimately, our primary objective is to make money for our investors by participating in a market that provides societal benefits, across the board.

Which are the most attractive markets right now?

Within the US, there is a lot of variation between states, so it is difficult to quantify how attractive any part of the country is – this is changing every day as the market expands. A lot of it depends on the approach to origination and execution. In Texas, despite its sunny climate, the margin available to a solar investor is shrinking, so the state is not a very exciting solar market. But certain places in California, where margins are increasing, are much more interesting. The same is true for places in the north-east like New Jersey and Massachusetts.

Once you have identified an attractive sub-market location, then it is a case of figuring out a way to create a competitive advantage. Going back to community solar in New York, there you will find attractive returns combined with a high ESG potential, but success is predicated on your ability to get customers and build and manage a retail business, so execution matters a lot in creating competitive advantage.

Outside the US, we think it is a good time to make investments in Europe. To that end, we are opening a London office next year and will start by looking at the UK and France, and to a lesser extent Spain.

Europe is exciting because, historically, many countries had feed-in tariffs for the government-backed revenue stream for small renewable and low-carbon electricity generation technologies. These are ending – the UK’s stopped in 2019 – but the mind-set is to create market-based mechanisms in favour of renewables, in the context of net zero emissions. For the UK, France and Spain there is legislation on the books to hit net zero by 2050. That is not true in every European country, which is why we are focusing on countries that have this commitment.

Looking at sectors rather than geographies, a very attractive market in distributed infrastructure is around batteries and electric vehicles. Investing in that infrastructure – in chargers, for example – is a huge opportunity, and is very analogous to what has been done in distributed solar: building power generation where people consume the power. To add batteries and electric chargers is a natural extension.

Most people have no sense of how big this is, and the market has not yet appreciated how electric vehicles are going to change the world. Morgan Stanley predicts that for electric vehicles, the big inflection point for adoption of the technology globally is around 2030, and by the mid-point of the century it forecasts nearly one billion electric vehicles globally.

Because of the great push for decarbonisation, there is going to be massive electrification of basically everything where we use energy. We are not going to have oil or natural gas heating in the future – everything is going to be electric.

What does it take for a business to be successful in this sector?

Energy investments were historically based entirely around large assets which required significant capital, a lot of engineering, and a lot of legal and banking support. That is all changing.

You can make investments that are as small as $500,000. Our typical investments are around $10 million.

Investing in energy is becoming very distributed, going from big projects and big dollars to lots of small projects. You still need to execute in an institutional manner, however, so you can project finance these assets. Creating bankable assets is the critical constraint and, also, the big opportunity.

Future investing in energy assets will be about being able to make small investments but still adhering to institutional quality. The more distributed the world becomes, the smaller the investments required. This is a totally different model of investment from the historical approach that is far removed from the traditional private equity firms’ approach to deploy hundreds of millions of dollars at a time.

Could the market become saturated?

The simple answer is no. We have a large runway. Eventually, of course it will, but I think we have 20-30 years ahead of us before that will happen. This is because there is so much decarbonisation work still to do. It is a massive undertaking.

As competition increases, it is absolutely still possible to achieve above-market targeted returns. It goes back to the basic strategy of thinking about key markets where you see an increasing spread, alongside the fundamentals of solar becoming cheaper over time. The rapid decline of hard costs of equipment like solar panels and inverters is the primary driver of decreasing solar project prices, while the cost of conventional power going up results in a growing spread in the middle.

The question is: who captures this spread? You need to be a prudent first mover in markets where you can create a competitive advantage.

How has covid-19 impacted energy investing?

We see this, increasingly, when we talk to investors – they continue to be interested in the space, now more so than ever, while anecdotally the conventional energy space is experiencing a lot of headwinds. Oil and natural gas prices are down and there are significant numbers of bankruptcies in the conventional energy sector. A lot of the private and public investors are suffering in that space, while renewables are gaining traction at the other end of the spectrum.

In the eyes of investors, covid-19 has highlighted and pushed the sustainable market forward at least five years faster than in a pre-covid environment. It has brought environmental and related financial issues to the forefront that were not a focus six months ago but which are now top-of-mind.