This article is sponsored by AMP Capital

Would you say that telecom towers are one of the key opportunities in communications infrastructure today?

To be honest, we aren’t spending a great deal of time in the towers space because the cost of capital has fallen substantially. The operators, which have recently become a major source of divestment, are structuring sales specifically to appeal to passive capital. That is allowing the large, direct pension investors, which don’t have a great deal of internal telecoms expertise, to be competitive. The operators will continue to manage the assets, and in some cases share future risk in exchange for that low-cost money.

That said, we do expect to continue to see operator divestments. There are rumours that a number of operators that have sold tranches in the past 12 months may look to sell another tranche this year, particularly in some of the Southern European markets. Simultaneously, we are hearing of discussions around towerco creation.

Typically, operators – even those that have divested towers in the past – will form a towerco to manage a part of the portfolio where the property rights are not particularly clean. It can be difficult to get buyers comfortable around transfer risk. It can be easier to transfer them into a standalone towerco, run that for a couple of years, then either sell the towerco or a stake in it. These are the methods that operators will continue to use to take those assets further and further off-balance sheet.

Are you seeing much greenfield activity in the towers space?

In developed markets, the towers story has been mostly around consolidation for quite a few years now. There has been some building of new towers as 4G became more prevalent and there will be some more with the advent of 5G, but the focus has really been on building out small cells. In emerging markets, however, tower density – the number of towers per mobile connection – is far lower. That is often due to a lack of competition. Operators haven’t had to spend capital because they can still extract high prices.

As those markets liberalise with the entry of more operators, it is inevitable that significantly more towers will be built. Each of those markets will have its own challenges in terms of politics and currency, but that is where the larger opportunities will exist in the towers space.

And what about the fibre roll-out story?

Fibre roll-out continues to represent a massive opportunity everywhere. Certainly, there are markets that have got a little overheated but there is still a lot of money required to move us to a world where fibre is ubiquitous. That is what is needed, certainly at an enterprise level, where even relatively small companies are cloud-reliant these days.

We are also seeing demand from the traditional operators to buy fibre bandwidth capacity. And they want to buy from independent suppliers rather than their competitors. For example, in the US, one of the largest mobile operators has been looking to remove a competitor as their fibre supplier because the competitor has recently announced it is launching a mobile business. They don’t want to be reliant on a connectivity supplier that is directly competing with them in the mobile space.

What about data centres? That seems to be an area of real growth

The growth profile in the data centres space is very significant. The advent of cloud has thrown out a whole lot of new choices for CIOs as to how they most efficiently procure computing power. In the past five years, there has been a big transition with the likes of Microsoft Azure and Amazon Web Services.

But many enterprises are still struggling to make going that route their most efficient option. That means there are still a lot of opportunities in hybrid cloud, where enterprises are procuring different cloud platforms across a range of applications. They may run some applications on the public cloud, own some servers themselves, or buy a specialist public cloud solution.

It all sounds very technical, but actually, when you get into it, it is very factory floor. You have large stacks of computers where, yes, you need a few smart people who know how to configure them, but it is essentially just shared space or machinery. We see the cloud as being, very much, in the active infrastructure space.

Every major European data centre platform that we’ve looked at has had an increasing proportion of its revenues coming from what would have traditionally been labelled managed services. Our data centre and cloud platform in the US, Expedient, generates around half of its revenues from the data centre world and half from the cloud – often from the same customers.

The important thing is to be customer-facing and make sure you are continually asking what the end user wants to buy and what they will want to buy when they make their next change in five to seven years. These cycles are typically quite long, which is helpful from an infrastructure perspective. 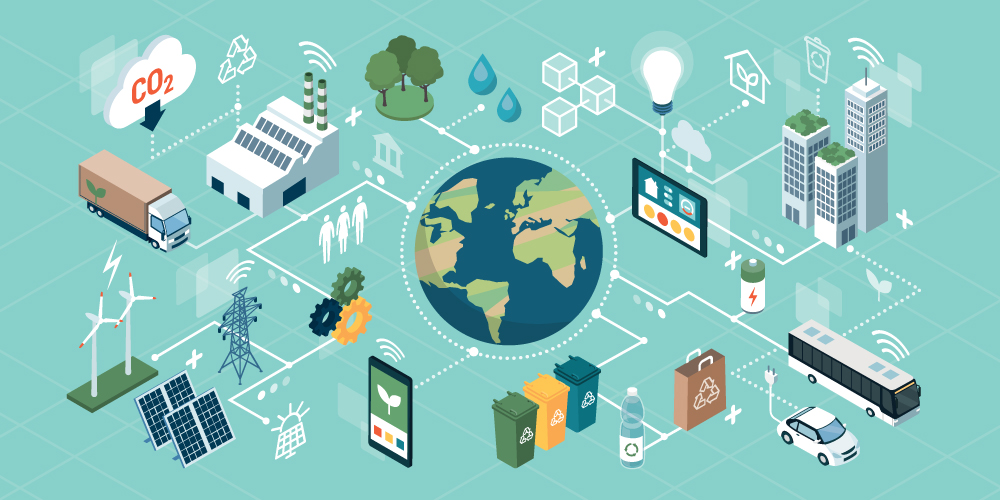 Where is AMP Capital spending most of its time, outside of the communications space?

We focus on a number of key sectors, of which communications is obviously one. Transport is another. We look to buy transport businesses that have exposure to the highest growth areas of logistics – the movement of people and things. Historically, we have been quite focused on airports and that continues to be an area of interest. But looking forward, we see interesting themes around cold storage, food logistics, agricultural logistics and energy logistics. Like communications, these areas are not very GDP sensitive in the way that, for example, freight rail might be.

Then there is energy, of course. Around three quarters of what is done in infrastructure involves energy in one way or another. The flip side is that is where a lot of the money is going. We try and focus on energy transition opportunities. Typically, we can’t make the kind of returns we are looking for in renewables, but there are interesting businesses looking at grid stability and industrial power stability. In Scandinavia, we have a business called Adven, a network of facilities that provides heating and power, or cooling and power, to large industrial clients on seven- to 10-year leases.

What kinds of investment theses are you bringing to your projects, and has that changed?

Almost everything we have invested in recently has been a mix of infrastructure buyout plus greenfield investment. Often, we are buying platforms and then putting as much money as we put into the original acquisition, into expansion over time. That might involve a combination of mergers and acquisitions and pure greenfield build, but we spend a lot of time finding businesses that have an opportunity to grow through capital deployment.

In fact, a big component of what we do is bringing discipline behind that capital deployment. A lot of these companies may have been owned by corporates or private equity funds, that have essentially run out of capital. They might have been growing, but only growing through investment in the highest returning projects. When you get into the nuts and bolts of what these companies do, and see the breadth of opportunity that exists if they had access to a larger supply of capital and a capital deployment mindset, the ability to unlock growth and returns can be very significant.

What is your approach to origination in this competitive environment?

We all know the numbers when it comes to how much infrastructure capital is flowing into the market. And that has had a major impact in some areas, such as renewables, where you can’t make any sort of double-digit return, and in many cases, even high single-digit returns.

“If you buy old school infrastructure assets – bond substitutes – they may not be exposed to a downturn, but they are exposed to the interest rate cycle”

The way we think about origination is that it is a networking business. We participate in fewer and fewer auction processes. We still look at everything that comes across our desk, but it has to reach a pretty high bar before we will follow that process through to the very end. Often, we will look to have a sensible conversation with the vendor halfway through. That can work.

Increasingly though, we are out talking to corporates, talking to other industrial players, advisors and bankers. And we are not just talking about what is for sale. Those aren’t the interesting conversations. We are asking them where they need capital and where they need expertise, in order to find out how we might be able to work together. We call that transformational capital. In other cases, we may find a management team with an owner open to them exploring opportunities with a future capital provider. Our Expedient deal looked a bit like that, and we are actively working on a similar opportunity right now.

How well-positioned do you think the infrastructure industry is to weather any potential downturn?

I think the industry is pretty robust. We had assets that we owned from 2007 to 2009, in Spain, for example, that certainly didn’t meet our growth expectations, but where EBITDA remained stable and despite the timing of those investments, we were able to exit them with a positive return.

I think valuations are the most significant challenge. We focus on buying assets that have strong growth credentials because if you have a valuation blip you can grow your way out of it. If you buy old school infrastructure assets – bond substitutes – they may not be exposed to a downturn, but they are exposed to the interest rate cycle. Right now, it looks like lower for longer, but who knows? That is the key risk investors face in that space.

Where will the opportunities of the future come from?

The question we always ask ourselves is, is this asset essential to the way the end-user lives their lives? That is the definition of infrastructure for us. Then, we look at how that is likely to change over the next five years. That leads us to thematics such as digitisation, for example, as connectivity becomes increasingly essential to our lives. Changing dietary preferences, meanwhile, will have an impact on food logistics – as people reduce their red meat consumption, or else want food sources to be closer to their end markets from an environmental perspective.

Obviously, decarbonisation, itself, will continue as a major trend, joined, to some degree, by de-plastification. That begs the question of whether recycling constitutes an infrastructure asset. That has only really been considered in the context of waste-to-energy, in the past. These are just some of the ways in which we look to global megatrends to identify future sub-sector selection.