This article is sponsored by Vauban Infrastructure Partners

Why is district heating such an interesting investment area?

District heating networks hit two important objectives for us: long durations and regular revenues. We are very long-term investors, with fund durations of 20 to 25 years, so dependable, consistent cashflows are very attractive. People will always need to receive heat. Furthermore, once a network is implemented in a city, there is limited competition, either because you have a monopoly granted by a public entity or simply because once people are connected to a network it can be difficult to leave.

Finally, this is a sector where it is possible to achieve ESG objectives by making a significant, positive environmental impact when traditional energy sources are replaced with greener alternatives.

Those are the reasons why we find district heating attractive and we have invested in networks in Spain, Italy, Norway and Finland and will shortly be closing on an acquisition in the US.

How do the dynamics of the sector differ across those various geographies?

Dynamics differ considerably. For instance, in France and Norway, you will typically be awarded a concession agreement. That gives you a monopoly within a certain region, which is a positive. All new buildings have to connect to your network. You also have built-in protection because the contract will have provisions for increasing the tariff based on inflation or other metrics, as well as protection granted in the case of unforeseen events.

However, concessions also have their drawbacks, in that they will generally have a limited duration of between 20 and 25 years. You also have geographical restrictions.

Other countries, including Spain, Finland and the US, do not offer concession agreements. That is great, in that you have full ownership of the asset and can hold it for as long as you want, but you don’t have any of those public authority protections.

There are other variables by market as well. In France, for example, you are entitled to a lower rate of VAT if you are using a minimum of 50 percent renewable energy. So, whilst the technology might be similar in any given situation and the assets actually not all that difficult to understand, it is really important to get to grips with the individual market dynamics, in addition, of course, to customer needs and potential market demand for your network.

What renewable energy sources are most attractive when it comes to powering district heating networks?

It depends on the country. We carry out extensive studies of the energy sources available in each market and explore the pros and cons of each, including cost. In Spain, for example, where we completed our most recent investment, heating is currently primarily produced by gas.

The price of gas is obviously quite volatile and also no longer considered a green alternative. We also looked at potential electrification of those networks but determined that electrification would not be considered sustainable given that, whilst there is considerable wind and solar in the country, gas continues to play a heavy role in the production of that electricity.

In that instance, therefore, the network we acquired relies on biomass. We ensure the biomass used is sustainably produced and, relative to gas, pricing is stable. We carry out similar analysis in any market where we are looking to invest.

What are the competitive dynamics when it comes to investment in this sector?

The market is extremely competitive, particularly in the Nordics. Recent assets that we have seen change hands in that region were priced too richly for us. So, we have tried a different approach.

The Spanish asset we acquired, for example, was relatively small. That means competition was limited because those investors that want to deploy several hundred million dollars were excluded. The Spanish market is also newer and less well known, so we have tried to avoid the most heated situations in that way.

In addition, we try to execute off-market deals where possible. We have strong relationships with operators in this sector across multiple geographies. That makes it easy for us to give them a call and try to figure out ways in which we can work together.

What are some of the challenges associated with investment in this sector and how can they be overcome?

In addition to the importance of understanding the market, you also have to understand the way that the energy is produced in order to ensure that it is sustainable in both the short and long-term. For instance, we have tried to confirm that the biomass that we use in Spain is produced locally – within 100km – because, from our perspective, it doesn’t make sense to buy biomass from Finland and transport it all that way.

It is also important to try to understand the way the regulator is moving. As I mentioned earlier, some markets have a decreased level of VAT for heating powered by renewable energy. But if your business plan is predicated on that decreased rate and then in five or 10 years’ time that disappears, you are going to run into trouble.

Finally, you need to understand the technology. It isn’t particularly complicated, but it is important to understand how plants work in order to ensure you deliver the quality of service you need to deliver to customers over the coming years.

Efficiency plays are where we see most innovation today. When you produce heat, you produce smoke, and we are now able to use the heat from that smoke to reheat the water within the network, for example. That circular energy conduction ensures we are not losing energy and that the network is running as efficiently as possible.What does the future hold for renewables heating? Are there new innovations on the horizon?

We have also implemented predictive maintenance programmes, with sensors that monitor the temperature of the network to ensure it doesn’t overheat. And if there are any leakages identified by those sensors, those issues can be addressed quickly. It would be great to think that some innovative technology was going to come along and radically overhaul the industry, but, in reality, it is those small but impactful efficiencies that are really shaping the sector.

What are the exciting district heating markets right now?

We are in the process of closing on a portfolio of eight district cooling and heating systems in the US. That platform supplies 190 buildings across the education, healthcare, government and retail sectors, with the bulk of energy currently coming from non-renewable sources, which is something we will, of course, be looking to address.

Beyond that, we are relatively geography agnostic. We are not focusing on any one particular country, although I would say that we see further opportunities in Spain. Right now, there is no real regulatory support in that country, but we believe that might not always be the case. We also believe that more and more people in Spain want access to greener energy and to move away from gas, so we do think there is room for further investment in that market. However, if that is the case, it is likely to involve the creation of a brand new network, rather than an acquisition, which is a really exciting prospect. 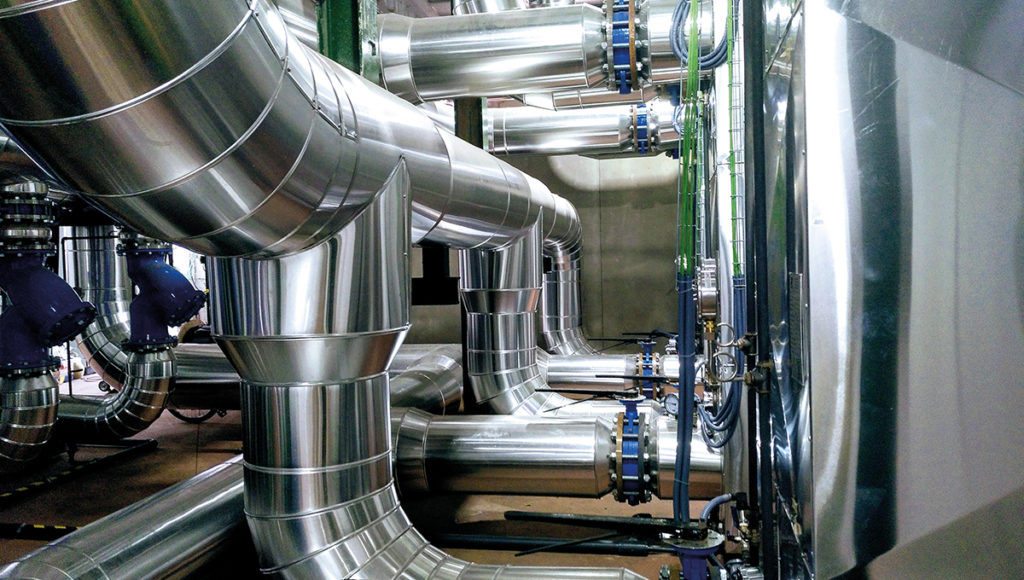 In December 2021, Vauban closed on the Lockport project – the acquisition of four district heating networks in Spain, with a plan to connect more than 25,000 dwellings to those networks by 2028. The networks are all based in the coldest regions of Spain, Castilla y Leon, Madrid and Castilla La Mancha. The portfolio combines a total installed power of 74MW, a target demand of 300GWh in the run-rate stage and 77km of network already built and connected to 10,000 customers. The networks are powered by biomass, supplied by two different industrial partners, Rebi and Veolia.

“Spain was a market that was already very familiar to us. We made our first investment in the region six years ago,” says Vauban’s Adeline Morin. “We also know district heating very well, of course, having invested in numerous assets in numerous geographies.

“The way this particular deal came about, however, is that we had tried to execute an off-market Spanish district heating biomass opportunity around a year earlier, which hadn’t come off. So, when the Lockport project came to market in June 2021, we had already carried out an extensive review of the market and were able to compete aggressively. We were also able to pre-empt the auction with a promise to sign in one month if we were granted exclusivity, which we did, and the deal was finalised before the summer.”

Vauban carried out a competitive analysis of energy sources and determined that in addition to providing the lowest cost of MWh, biomass complies with energy transition goals, given that biomass emits around ten times less greenhouse gases than natural gas. “Most people in Spain are still using heat produced by a gas boiler and biomass is an attractive alternative,” Morin says.