This article is sponsored by Wilmington Trust

Q Which sectors are attracting the most attention in North America as we head towards 2020? 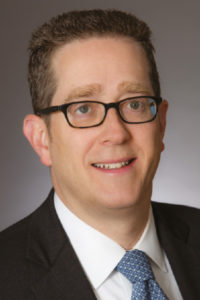 The power sector, and especially renewables, continues to dominate North American infrastructure. We see moderate but stable interest in technologies such as hydro and geothermal. But wind and solar are undoubtedly leading the charge.

For many years wind outpaced solar. Now it is the other way around. The market is finding that there is a broader application for solar power, that the construction cycles are shorter, that the tech is simpler to work with and that finding good quality sites is less of a challenge. It is simply easier to figure out where the sun is going to shine than where the wind is going to blow.

Prices for both technologies are also coming down. Wind and solar are now competitive with conventional power generation technologies in many markets – particularly in the US south-west – independent of any production or investment tax credits, which are now being wound down.

And future demand drivers are well sign-posted. California, for example, has been having well-publicised issues with its transmission and distribution network and sees solar as offering the ability to move to a more decentralised, distributed generation model. I think this is something we will see more and more of as Californians deal with blackouts and as the utilities look to curtail power delivery in places prone to forest fires.

Q What about offshore wind? Is that the next big opportunity?

Obviously, there is a long history of offshore wind in Europe and it did appear to be poised to take off in North America, with a number of large projects teed up and ready to go. But a recent decision by the Bureau of Ocean Energy Management to conduct additional research into environmental impact has effectively put a temporary halt on development, stretching out timelines for these projects.

“For many years wind outpaced solar. Now it is the other way around”

There is an awful lot of capital out there looking for a home at the moment, particularly from the infrastructure debt funds, and the hope had been that these large-scale, offshore wind projects offered a great opportunity to put billions to work, and potentially to get a premium in terms of pricing over land-based wind energy for taking on the risk of financing some of the earliest projects. Now that has run into a hurdle, it will be interesting to see how quickly – or not – this matter is resolved.

Q Storage solutions are critical for efficient renewable power generation. What activity are you seeing in that space?

In the utility-scale solar space, storage is a really hot topic. It has so many different applications, whether it’s filling in gaps in power generation or being used for load shifting. We hear a lot about the ‘duck curve’ in California. The time of day when domestic electricity is needed – the morning and evening – is different to when the solar energy is being produced. Storage is therefore a critical component for making this work.

Q Where does all this leave conventional power generation in North America, when it comes to infrastructure investment opportunities?

Coal will continue to be phased out slowly over time. But, in fact, natural gas has enabled this move towards renewables. It has given us a cleaner base load capacity, which has meant older, dirtier, less efficient coal plants could be retired.

The use of natural gas in peaking plants has allowed more wind energy, in particular, to be brought onto the grid and so, while I don’t expect to see any more coal plants getting built in my lifetime, I do think we will continue to see considerable build-out of natural gas.

Indeed, there has been continued development in key markets, such as Pennsylvania-New Jersey-Maryland, and another very large project is just beginning construction now.

Q What about infrastructure activity outside of energy? What opportunities is 5G likely to bring, for example?

The US is a little bit behind other countries when it comes to rolling out 5G, but that is certainly poised to create huge demand as a massive upgrade of equipment becomes necessary. We saw it with the transition from 3G to 4G, but this time around the demand will be even higher because a greater concentration of towers is required as well. I expect to see a wave of project financing from both the big tower companies and the major cell phone providers.

Q What will be the biggest challenges for the North American market in 2020?

One of the things that lenders wrestle with is the term of financing they can offer. Prior to the credit crunch, utilities were entering into long-term power purchase agreements and lenders were offering very long dated debt. If you had a 20- to 25-year PPA, you could get up to 20-year debt from a bank. It was all fairly straightforward.

After the credit crunch, the banks pulled back and didn’t want to go out more than three to five years. At the same time, the economy was depressed and there wasn’t much growth in demand for energy. Instead, what we saw taking place was a transition from coal-fired to renewable energy as utilities strived to meet hurdles, such as RPS standards.

A lot of those goals have now been met and so there isn’t much demand for these long-term PPAs. Instead we see the opportunistic buying of renewable energy at very low prices, driven by the comparable price of natural gas. We also see that corporate buyers are replacing the utilities.

Corporates are directly entering into PPAs with renewable energy providers because they find that it is cheaper than buying through a utility. The contracts that these companies – Apple, Facebook, Netflix, AT&T – are entering into are far shorter than the old utility models, often eight to 10 years. That is forcing lenders to consider the merchant risk in the later years of a project.

Q What changes have you seen in the make-up of the lending market?

Before the credit crunch, large infrastructure projects might go out to one or two commercial banks, which would act as mandated lead arrangers. These banks would put up hundreds of millions of dollars and feel pretty comfortable that they could syndicate that debt and bring other banks in.

That model was changed dramatically by the credit crunch. Banks pulled back in terms of how much they wanted to lend, narrowed their focus to particular sectors or clients, or else exited the market altogether. Large projects could no longer raise all the debt capital they needed from one place. And so, we started to see bigger deals find capital from several different pockets.

“There are so many more pockets of capital now, that if some participants decide to take a break, I really don’t think we would feel the impact in the same way”

There would be an institutional investor tranche and a commercial bank tranche. That’s when we started seeing more frequent holdco loans – finance subordinated to the project level debt. In the immediate aftermath of the credit crunch, this was a way to add leverage to a deal when lenders weren’t comfortable putting a lot of debt in at a project company level. Today, when there is a very high availability of capital, borrowers are still raising additional leverage at a holdco level, to reduce the equity risk for the sponsor and to allow developers to recycle more capital for the next project.

It has been an interesting evolution that has enabled us, as a third-party provider of trust and agency services, to play in multiple places in the capital stack. We can be an agent for the lenders at the project company level, and we can be an agent at the holding company level on the same transaction. Unlike many of the big Japanese and European banks that do their own agency work, we don’t have conflicts of interest because we ourselves are not a lender.

Q If we are facing another downturn, how do you expect the North American infrastructure ecosystem to be affected this time?

The market looks very different today than it did a little over a decade ago. Back then, infrastructure was dominated by commercial banks. Yes, you had institutional investors such as the life insurance companies and a few pension funds, but they tended to be more passive. They tended to take on transactions originated by others and were looking for super high-quality metrics. Those institutional investors didn’t really get into construction financing. They were just starting to get involved with tax equity, for example in US renewables.

Fast forward to today, and you have so many more players in the market. The institutional investors have evolved and become more flexible, to fill that gap left by the commercial banks. A lot of those institutional investors are originating on their own, they are providing construction financing and delayed draw facilities that look, and feel, a lot like commercial bank debt. They are also now more willing to play in deals that historically they would have considered out of their comfort zone. At the same time, we have also witnessed a proliferation of infrastructure funds, providing both debt and equity in the market. Those funds have raised a tremendous amount of capital that obviously needs to be deployed.

I don’t sense the economy is anywhere near where we were 10 years ago, with banks collapsing and lending plummeting. But if we are heading towards another recession, there are so many more pockets of capital available now, that if some participants do decide to take a break, I really don’t think we would feel the impact in the same way. 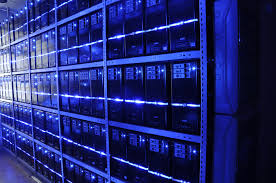 Q How will investment in data centres evolve?

Our lives continue to become ever more digitised, from entertainment, to online banking, to communication and e-commerce. And everything we do gets backed up to the cloud. Vast amounts of data are being consumed and stored and so we will see a lot more data centres being built. A few years ago, these data centres would have been seen as a real estate investment. But in the last 18 months or so this has emerged as an infrastructure play. When you build a data centre you enter into a long-term contract to provide data services, or cloud storage, and that contract can be monetised in the project finance market. And, of course, because so much money has been raised by infrastructure debt funds, they are always looking for new places to deploy their capital.