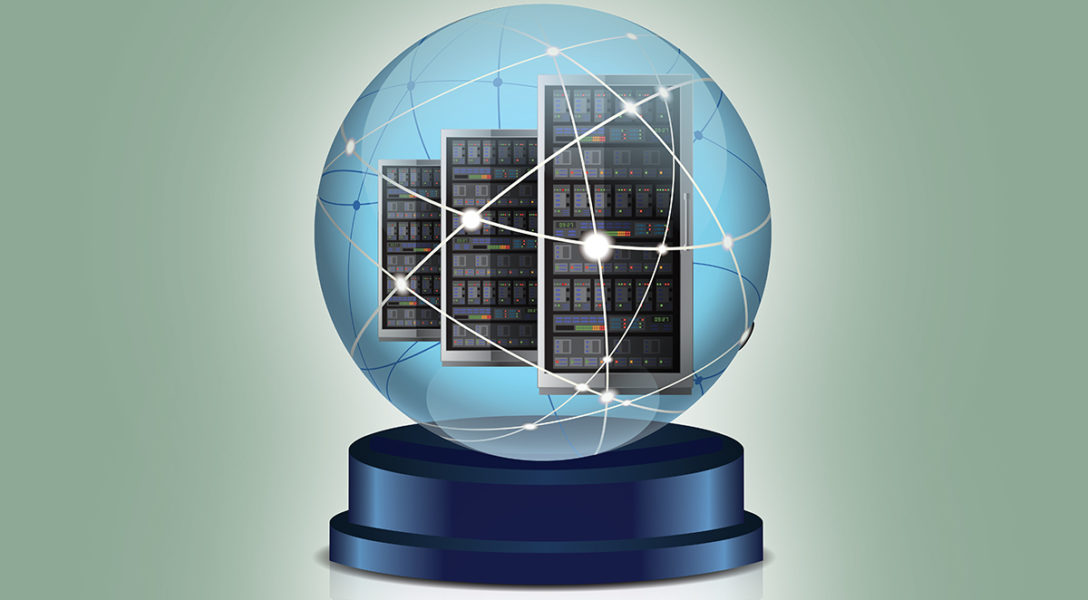 The global lockdown of 2020 has placed an unprecedented emphasis on the use of technology and the infrastructure underpinning it. And the pandemic has expedited trends that were already in play.

“Anyone underwriting new investments today has to incorporate a pace of technological change that just wasn’t there, even three or four years ago,” says Himanshu Saxena, chief executive of Starwood Energy. “Emerging technologies, ranging from microgrids to carbon capture, were originally viewed in terms of 15- or 20-year horizons. But cycles are getting shorter now and it is up to us, as long-term investors, to ensure we understand how technology could impact new opportunities as well as our existing portfolios.”

Saxena points to transport as an industry where technology is poised to turn business models on their head. “I recently spoke to a major Chinese investor which is underwriting a universe that includes flying cars,” he says. “Originally, that firm had that slated for 50 years’ time. Now that has been reduced to 15 to 20 years.” Any investor financing toll roads on the basis of increased volume of traffic will have to take these once fantastical scenarios into account.

Furthermore, the growing reliance on interconnectivity means it is the tech giants, as much as politicians, that are dictating evolving infrastructure needs. “We are going to be living in a tech-dominated world,” says Saxena. “Covid has brought that realisation into sharp relief. And the tech giants are going to play a major role in shaping that future.”

Digital infrastructure is the most obvious area where covid has accelerated a pre-existing direction of travel. “There is a recognition that some of the changes we are seeing in terms of working from home, at least part of the time, will be permanent,” says Matt Evans, global head of digital infrastructure at AMP Capital. “That has obvious implications in terms of cloud infrastructure and connectivity. Even a year ago, the case for fibre to the home was highly questionable. Now it is a no brainer. We are also seeing an acceleration of demand for data centres.”

Kit Hamilton, co-head of Macquarie Infrastructure Debt Investment Solutions, says: “Digital forms of communication and entertainment really proved their worth during the height of the lockdown, with broadband usage in regions like the EU and US rising by around 50 percent in the first quarter.

“But when you have large sections of the population who are unlikely to return to working from an office anytime soon, and even more services moving online as a result of social distancing, the trend towards digitalisation will continue to accelerate.”

Digital infrastructure is not the only sector where the might of technology has coincided with covid-19 to escalate the pace of change. Transport has, of course, been substantially affected. International airports have been decimated and intercity rail networks badly hurt, as remote working, supported by tech enablement, has become the norm. In the UK, for example, the franchise system is up in flames. “Transport remains an essential service, but the growth path of these transport modes has changed significantly,” says Evans. “In recent years, SPVs, which capitalised on UK rail demand, have emerged, but if your investment thesis is solely to fund multiple new fleets of rolling stock that will be challenged.”

But Evans adds international upheaval has opened new areas of opportunity for transport investors, particularly in the logistics space. “Logistics has become incredibly important to enabling society to continue to function,” he says. “And so, while traditionally, infrastructure investors have shunned cargo because of its correlation to GDP, focusing instead on passenger-focused modes of transport, covid has rebalanced the equation, demonstrating that in a world where myriad activities are taking place online, we will need more robust logistics systems.”

Meanwhile, perhaps most interestingly, at a time when driving the energy transition could so easily have been put on the back burner, here too the tech giants are flexing their muscles to accelerate the pace of change.

“One might have expected that covid would slow down the adoption of clean energy technology given pervasive financial stress. But we have seen the exact opposite happen throughout the pandemic,” says Saxena. “A lot of that is being driven by the tech companies – Facebook, Google, Amazon – which are pushing for a cleaner grid. These are the same companies that have performed best on the stock market in recent months – the companies whose business models have proven the most robust. More and more power will be concentrated in the hands of these tech giants going forward and it is clear they are going to use that power for their own objectives – one of which is combatting climate change.”

Of course, covid itself, coupled with an international patchwork of punishing lockdown restrictions, has made short and medium-term forecasting extremely tough, particularly in the most vulnerable transport sectors. Intensive asset management has also been required to optimise operational resilience, to ensure revenue is robust and enhance worker safety. Capital markets teams, in particular, have been busy working with lenders, most notably in the airport space.

Arguably, it is this accelerated pace of change, driven by tech development and exacerbated by covid, that is the more meaningful challenge for long-term infrastructure investors.

“Change is constant, and any responsible manager needs to have their eyes on the future as well as the here and now,” says Hamilton. “That is how you ensure you are positioning the capital of your clients in a way that best mitigates risk, while still being able to identify and pursue the opportunities that come with change.”

These developments are also changing the demands placed on infrastructure investors. Making large, singular bets has become less prominent compared to more agile moves in the distributed provision of services. Rooftop solar energy and behind the meter power plants are cases in point.

This has potential implications for the optimal scale and skill sets of the infrastructure funds and managers of the future. Technology-enabled speed of change and the distributed nature of infrastructure that covid has accentuated mean agility and responsiveness will be key attributes for success in the future. As Saxena says: “Firms will need to be quick on their feet in order to adapt to an increasingly rapid pace of change.”

How LPs can protect their portfolios

It isn’t just GPs that need to focus on future-proofing their portfolios. LPs are also vulnerable to a rapidly accelerating pace of change

“LPs with mature portfolios have a ‘base load’ exposure to the infrastructure asset class from generalist managers, then at the margins, they’re starting to ask themselves where do they want to be overweight and underweight,” Wardlaw explains. “There will be opportunities going forward for investors to express these views, by backing specialist managers in digital infrastructure, for example, or the energy transition. We have already seen this evolution towards sectoral specialisation in real estate and in private equity and I think it represents a natural next step for infrastructure.”

But while LPs in private equity also turned to a burgeoning secondaries market to actively manage their portfolios, Wardlaw does not believe this will necessarily happen with infrastructure. To date, infrastructure secondaries deals have been disproportionately GP-led. “LP-led secondaries haven’t developed in the same way because the majority of institutional investors have yet to reach their target allocations,” he says. “Selling in the secondaries market in order to optimise your portfolio is only going to make that situation worse.”