Infrastructure Investor
Home News & Analysis Analysis: ‘The lesson of prior crises is that liquidity is the main...
Return to search 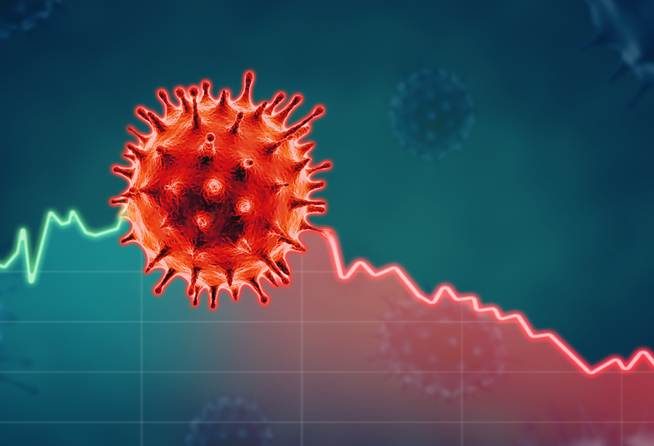 For once, investors seem to be thinking the same thing.

Pause. Hunker down. Wait and see. Take a measured approach. Watch the markets closely. Get through this.

While communities around the world shut down from the coronavirus pandemic, investors are wondering when ongoing market volatility will end and what can be made of the wreckage. Many agree that, for now, significant portfolio improvements won’t happen until major economies steady after being ground to a halt by the rapidly spreading health crisis.

For two months, investors in western markets warily anticipated what the growing coronavirus outbreak might mean for their portfolios. But still, as fundraising continued unabated and stocks reached all-time highs, there was a sense that this was a far-off problem, even as the virus began to spread from China to its neighbours, and then to the rest of the world.

Now, cities across Asia, Europe and North America are on lockdown. Large events and gatherings have been banned, travel restrictions are deepening, and broad sectors of the global economy are being disrupted.

“It really struck home for a lot of people last week because all of these bans have been put into place,” says Kelly DePonte, managing director at the San Francisco-based placement agent Probitas Partners. “All of a sudden, people can see in front of them what’s going on.”

The immediate financial impact has been dizzying, with steep losses in stock markets that are gyrating day by day.

In private markets, the damage report will take longer to tally, but there’s no doubt it’s being felt as economies contract. Airport traffic is nosediving, demand for oil is falling and businesses are being forced to temporarily close to stop the virus from spreading. Until markets steady and governments show they have a handle on the virus, investors see little choice but to hold on for the ride.

The chief financial officer of a multi-billion-dollar infrastructure firm, who asked to not be named, says that “right now, the focus is just on getting through this”.

“The lesson of prior crises is that liquidity is the main concern for your portfolio companies,” the investment professional says.

Will infra live up to its promise?

In this moment, infrastructure investors – who operate in an asset class that earned the reputation of being a safe haven following the 2008 financial crisis – face a defining question: will their investments over the past decade provide promised stability to portfolios?

“I see this as an opportunity to demonstrate the resiliency of the assets we’re invested in,” says the head of infrastructure investments at a UK-based institutional investor. “For some assets, there may be a blip in performance, but that should return very quickly, at whatever point that is.”

For some investors, market volatility and a broad repricing of assets can mean new opportunities.

Paul Chapman, director of real estate and real return at the $26 billion New Mexico State Investment Council, says that “interesting opportunities will shake out of the climate we’re in”.

“I don’t think anyone can be excited about the situation that we’re in, but I think our managers that are sitting on dry powder view it as a time when they will be able to make some smart buys,” Chapman explains.

That’s exactly what at least one fund manager plans to do. “We’ve switched pretty quickly from portfolio risk assessment to opportunity assessment,” says the head of investor relations at a US-based infrastructure firm.

The source pointed to GDP-linked infrastructure assets in sectors such as transportation, which will “get whacked” by slowing economies and government efforts to slow down people carrying the virus. “You’ll see some buying” in the midstream sector as well, the source says, as demand for oil weakens.

For firms new to the market, the timing of the crisis couldn’t be worse. So for American Triple I Partners, which launched in February 2019, the plan right now is to keep moving forward.

David Cibrian, chief executive of the New York-based firm, says American Triple I is still on track to reach financial close on the firm’s first two deals in June. Last year, American Triple I won public-private partnership contracts to develop a technology innovation centre at the Port of San Antonio and to build a parking and student housing complex at Texas A&M University.

“We’re anticipating this disruption does not materially affect us,” says Cibrian, adding that on Tuesday he spoke by phone, like most of his meetings these days, with senior managers from both projects. “Everybody is still looking at closing on schedule,” he says.

“If anything, this is the time not to question ourselves or hesitate. It’s time to stick to the strategy,” Cibrian explains. “The equity and debt on both of these deals is holding firm and still very committed.”

He also says that uncertainty brought by the virus is testing the finance industry in unprecedented ways, regardless of the size of investor.

“Whether it’s the largest of infrastructure firms or the smallest, we’re all facing the same challenges and are trying to address them in the same ways,” Cibrian says. “Our most important capital is our human capital. It’s the talent that our firms amass over the years. So, we’re doing what we can.”