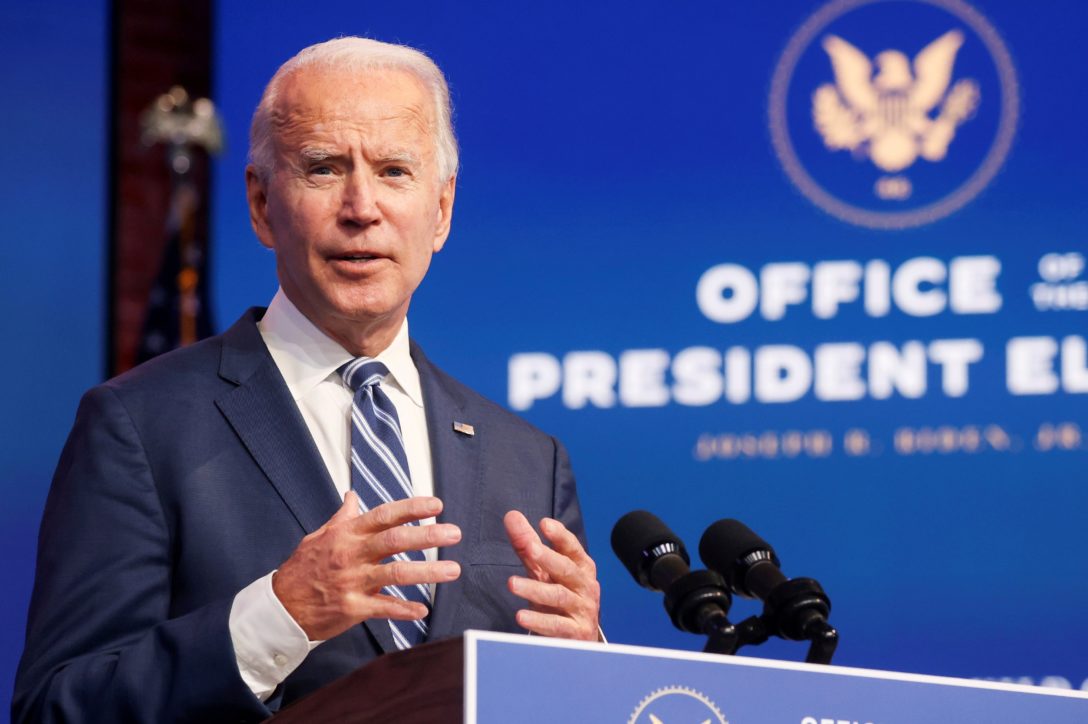 Covid-19 is expected to stall a pandemic-hit economy even more this winter. However, Joe Biden’s victory in November’s US election – and the transition now formally under way – is giving hope to investors that an infrastructure spending plan will be a priority for the president-elect and Congress early next year and that private capital will be included in the solution.

But expectations in the industry are being tempered with caution. Four years ago, Trump took office boasting about how his team would craft a $1 trillion infrastructure plan to fix the US’s crumbling roads and bridges. No measure close to that target was ever enacted, and Trump’s time in office will go down as another missed opportunity for political leadership to deliver on campaign promises about infrastructure.

Still, market participants are eager to see what Biden’s yet-to-be-announced infrastructure and energy teams can do. The sense is that the political winds are blowing enough that infrastructure could actually be swept up in the action on Capitol Hill.

“We need to do [infrastructure]. That’s not a partisan observation. This is not a quality of- life issue. It’s a competitiveness issue. It’s an environmental issue”

In his economic promise to “rebuild the middle class” in the US, Biden on the campaign trail repeatedly hit on themes that are central to the future of how the country functions.

“Biden will revitalise America’s infrastructure and make us more competitive with the rest of the world, while also creating and sustaining quality, middle-class jobs at home,” his campaign website reads.

In tying jobs to infrastructure, he has also embraced the notion of building a cleaner economy, adopting many elements of Democratic progressives’ Green New Deal, which calls for investments in sectors that cut carbon emissions but create jobs as well. At the same time, Biden has resisted the notion of an outright fossil-fuel ban, mindful that the production of oil and natural gas are still critical parts of the economy and workforce.

Although Biden has yet to give specifics, he has cited an overall $2 trillion spending goal to fight climate change. He will have support from the Democrat-controlled House, but the fate of the Senate will be determined in two runoff elections in January.

Regardless of the outcome, many expect that the timely and mounting need for infrastructure reform may prove beneficial to both parties coming together to negotiate an agreement. Trump failed to deliver big on infrastructure, which, for a very abnormal presidency, is actually pretty normal. His predecessor, Barack Obama, managed to pass a $305 billion spending package in the twilight of his administration, but heavy-handed spending on recession-recovery measures limited what he could do later.

For Trump, the most consistent part of his administration’s approach was that there would always be another ‘infrastructure week’ to talk about his plans. After more infrastructure weeks than some cared to count, the White House in February 2018 unveiled a recommendation to Congress for $200 billion in federal funding to stimulate further state and private financing. Aside from rolling back permitting and environmental regulations, Trump’s administration enacted no other major measures.

DJ Gribbin, who served as Trump’s senior infrastructure advisor until April 2018, said an infrastructure package crafted between Democrat and Republican lawmakers would likely be “workable and rational,” especially if it were promoted by “a focused message from the White House on what exactly it wants”.

“It can’t be just writing a big cheque because that makes us feel good,” Gribbin tells Infrastructure Investor. “It has to be that we’re changing policies to provide targeted funding so that we’re actually making a difference.”

Philip Recht, a managing partner at law firm Mayer Brown’s Los Angeles office, agrees that there is “more momentum towards doing this” than there has been at the beginning of previous presidential administrations. “And a lot of frustration, including on the Republican side, that it didn’t get done in the Trump years,” he adds.

“We need to do this – that’s not a partisan observation,” Recht, who served as a transportation lawyer during Bill Clinton’s administration, explains. “This is not a quality-of-life issue. It’s a competitiveness issue. It’s an environmental issue.”

With jobs and the economy front of mind, the two sectors Biden has detailed the most as being ripe for reform are transport and energy.

In transport, Biden has outlined funding boosts for existing programmes such as the Highway Trust Fund, which his website calls “grossly underfunded”, and the Federal Aviation Administration’s Airport Improvement Program. Both of these measures will receive billions in new federal dollars under Biden’s plan.

He also wants to elevate the use of electric vehicles with a tax credit that will encourage buying them. In urban areas, mass transit will be prioritised to reduce driving, and Biden wants serious attempts to be made at constructing a national high-speed rail network.

In energy, Biden has set a goal for the US economy to be carbon neutral by 2035 and running on 100 percent clean energy by 2050. At the same time, he avoided progressive calls on the campaign trail to take a hard line on fracking, which would cripple the oil and natural gas industries in parts of the country like Pennsylvania, which helped him win the election.

“There is going to be a renewed energy around infrastructure that is increasingly beneficial to the climate,” says Bob Fleishman, a partner at the law firm Kirkland & Ellis. At the same time, he says that Biden will seek to “figure out solutions to problems that a broad bases of people can get comfortable with”.

For Martin Klepper, who led the US Department of Transportation’s Build America Bureau in 2017 and is now chairman for US infrastructure at Fengate Asset Management, the excitement around infrastructure could mean nothing, as has happened in the past.

“Actions speak louder than words, so we’ll see,” Klepper says. “I watched first hand as [the Trump administration] tried but never came out with a bill […] But now, infrastructure is one area where the stars are likely to finally be aligned [given] the need for jobs, for economic stimulus and the ability for infrastructure to also achieve climate change objectives.”