This article is sponsored by DigitalBridge

Digital infrastructure is increasingly featuring in investors’ portfolios, but LPs do not want to invest with generalists, argue DigitalBridge president and chief executive officer Marc Ganzi and chief commercial officer and strategy Kevin Smithen. It takes industrial knowledge and an understanding of how to build digital networks to be successful as the opportunities of the future, such as in 6G and edge computing, become available.

Where are we currently in the 5G investment cycle?

Marc Ganzi: It varies significantly by region. In the US, we are probably around 25 percent of the way through the build. In Europe, that build is just beginning. There are pockets of Asia where the 5G build is more than 75 percent complete. Meanwhile, in Latin America and Africa it has yet to get off the ground. Overall, I would say that we are still in the early innings and we continue to see a lot of different architectures and philosophies in terms of how that build is being carried out.

Given these evolutions, which digital infrastructure sub-verticals do you believe offer the most growth potential?

MG: It has to be edge computing. The way in which everyone worked and schooled from home during the pandemic, the way they purchased goods, entertained themselves, kept fit and conducted telemedicine proved that while networks were broadly up to the task, there is certainly opportunity for more network quality at the perimeter – in the suburbs, secondary cities and rural areas across all geographies. That doesn’t only mean having the right fibre and cell towers in those areas to provide the necessary connectivity. You also have to lay compute power on top of that.

How do you create data, store data and most importantly move data in this new era where people are doing more and more, not from the centre of cities, but on the periphery of the network architecture? That is going to be a major trend over the next decade.

If you also think about how the radio access network is beginning to open up with Open-RAN and C-RAN, it is clear that carriers are moving that network infrastructure away from a centralised core to a decentralised core, which is creating opportunities for edge computing as well. Wireless carriers and web-scale customers are rethinking how they can bring their network resources closer and closer to consumers, and the answer is simple – edge computing.

What ESG considerations does the evolution of digital infrastructure require?

MG: Data centres continue to be very large consumers of carbon-intensive power and we have been spending a lot of time thinking about how to source that power from clean sources of energy. That is one of the big challenges for the data centre industry. How do you take a business that is inherently carbon consuming and not only reduce its carbon footprint, but make it carbon-neutral?

We have been exploring different ways of cooling, including thermal cooling as well as the use of hydro energy and various other approaches that can make these facilities more ESG-friendly. To date, data centres haven’t exactly been the poster child for carbon neutrality, but I believe that is changing.

The social aspects of digital infrastructure are also very important. We recently forged a partnership with ImpactData, for example, to build secure colocation data centres within historically Black colleges and universities – areas where digital companies have traditionally not invested. This is not only creating economic development but also economic opportunity.

In today’s world, digital connectivity is a critical resource that is not fully accessible to everyone. As a result, the digital divide is becoming wider, at a time when our personal and professional lives increasingly rely on better, faster and more dependable digital infrastructure.

This initiative is giving education and vocation to minority students by giving them the chance of a digital future. It is transforming historically disinvested communities and bridging that digital divide.

How would you describe LP appetite for digital infrastructure?

MG: Up until around 10 years ago, this asset class was an unknown commodity. But the importance of digital infrastructure has become increasingly clear over the course of the past decade. Today, it is not only a growing part of the asset allocation programme of the world’s most sophisticated LPs, it is also a priority.

Investors know that not only is digital here to stay, but that it is the fastest growing vertical within the infrastructure space. If you had to pick themes that aren’t going anywhere over the next decade, it would be renewable energy and digital infrastructure. Those are the themes that are going to pull our planet forward.

Our total addressable market is set to grow by almost $2 trillion over the next three years, in terms of the capex required to build out 5G networks, edge computing, cloud infrastructure, AI and IoT. All of these things are top of mind for LPs today. Another trend that bodes well for the sector more broadly is that major investors are underallocated to infrastructure and to digital infrastructure, in particular.

Can digital infrastructure returns hold up, given all this additional capital flowing into the market?

MG: Returns have certainly been compressed over the decades. But I believe that is a function of how different types of capital have moved into the sector over time.

We are seeing increasingly aggressive underwriting and that concerns me. People are paying exorbitant prices for some digital infrastructure and not all of those managers that profess to be digital experts have been through a digital downturn. I have been through two.

There seems to be a mistaken belief that all digital infrastructure offers perpetual cashflow. Consumer fibre doesn’t. Customers can cancel their broadband service on 30 days’ notice. The network can be overbuilt.

Enterprise customers at data centres, meanwhile, may stay for five years, but if a better cloud-based solution materialises, those cashflows will evaporate. People are paying 25x for these assets and that is inherently dangerous. Some investors will lose money if they are not working with the right GPs. It may take five years, but a shake-out is on the way.

Kevin Smithen: Digital infrastructure is increasingly stratified into one of two buckets:

Many GPs and LPs are ignoring the risk profile of the latter category. Meanwhile, in the former category, MSAs have been structured with off-market terms, reducing the likelihood of exits to strategic players and creating significant risk during a downturn. 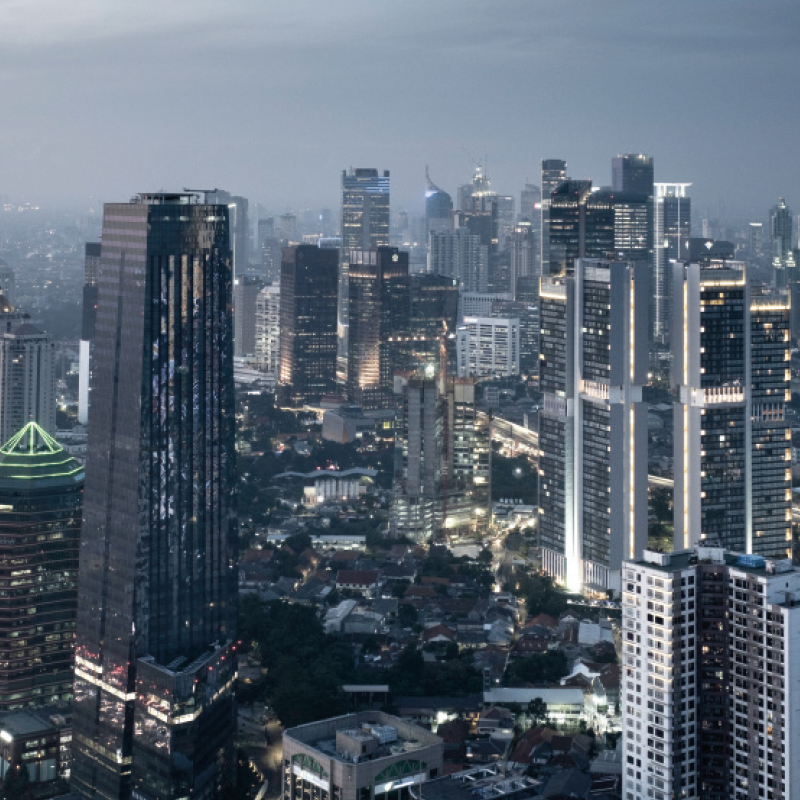 Another key trend in digital infrastructure will be explosive growth in the southeast Asia market, Ganzi believes.

This is why DigitalBridge has supported the acquisition of stakes in Centratama Telekomunikasi Indonesia, a tower company that owns and manages more than 4,000 sites, and the acquisition of Asiaspace and GTP Network in Malaysia, creating a new towers business known as EdgePoint.

“The countries that make up that part of the world, in totality, are larger than the US,” says Ganzi. “The 5G network is just starting to be built, and right now, Southeast Asia represents one of the fastest growing mobile markets anywhere. Consumers are incredibly sophisticated. These are high-growth, digital economies. Asia – thematically and geographically – is going to be one of the most important regions for us globally over the next decade.”

DigitalBridge’s Vantage Data Centers has also entered the Asian market this year, supported by an incremental $1.5 billion of funds raised.

Living on the edge

“The transaction exemplifies our ability to be nimble and creative in an environment characterised by stratospheric valuations,” says Ganzi. “We put a management team in place, and built the business from the ground up, combining their digital real estate holdings and assets, with our expertise and capital. It was something that could only be accomplished by a true operator.”

The transaction did not come about through an auction process. “Having great customer relationships allows us to create bespoke opportunities that are at the core of what we are about – helping customers build next-generation digital infrastructure,” Ganzi explains. “Other infrastructure GPs would have loved to do this deal, but the counterparty was looking for an operating partner. That is where we differentiate ourselves. We have the confidence of our customers when it comes to building this type of business.”

The joint venture will create a European edge infrastructure platform with over 100 active edge facilities. The company aims to serve the growing demand from cloud providers, streaming services and enterprises for high-performance, scalable and secure facilities, through which they can distribute low-latency applications and services such as 5G, gaming, IoT and edge compute.