Growth in the US transport sector this year will be moderate and stay in lockstep with the country’s GDP, according to Fitch Ratings.

The company, in a report published on Monday, predicted “mostly stable” growth in airports, toll roads and ports, citing in all cases a strong commercial and consumer economy.

However, the ratings agency said growth might be “more modest” for all three sectors because of trends affecting the movement of goods and people. These include trade tariffs, rising oil and gas prices, and the recent crashes of Boeing 737 aircraft, which Fitch said could bring higher safety-related scrutiny of passenger planes. The agency said there was “increasing capital improvement spending needs across all sectors”.

Fitch said airports should expect overall growth rates of between 2.5 percent and 3.5 percent. It noted “robust” figures for the sector in 2018, with 77 percent of Fitch-rated airports achieving growth of 3 percent or higher.

Fitch reported that year-on-year growth had been highest in the ports sector. Throughput, measured in 20-foot equivalent units, grew at a rate of 5.8 percent last year from 5.2 percent in 2017. The agency predicted that volume and cargo growth would move “in line” with GDP trends for 2019, which grew by 2.9 percent in 2018.

Growth was weakest in the toll road sector, where revenue fell by 1.7 percent and traffic fell by 2.8 percent in 2018. However, Fitch said the figures were likely to increase as authorities across the US implement toll hikes against a backdrop of rising inflation. The agency nevertheless warned that fuel price volatility could have a “material impact” on road traffic volumes and revenues. 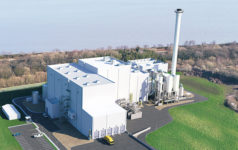 coronavirus 16 hours ago
Added to your Saved Articles
Loading
Unsave Article
Please confirm you would like to remove this article from your saved articles.
Share with other subscribers
Only logged in subscribers of this site will be able to access the shared article.